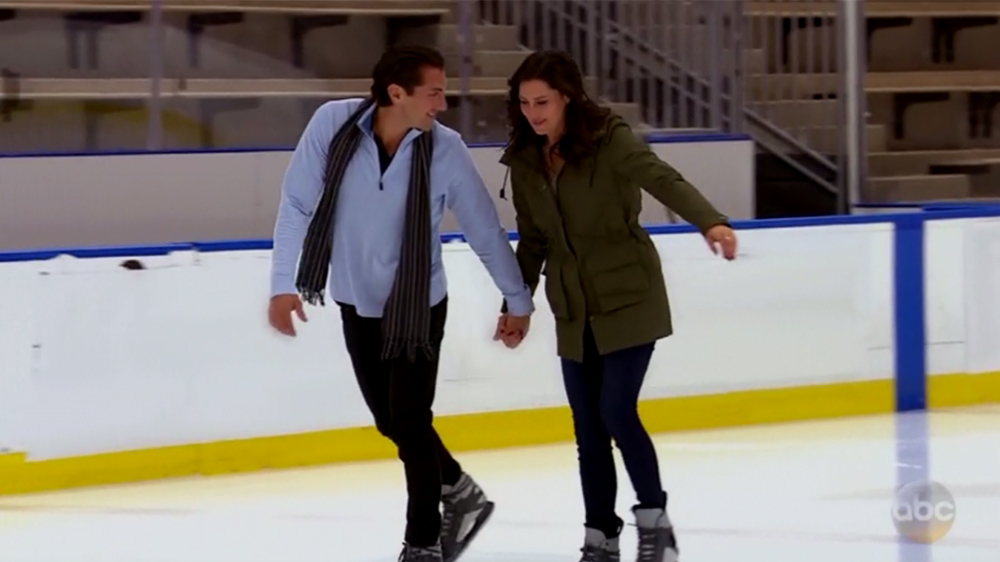 Hi People! We are here and we’re ready to talk about hometowns on this week of The Bachelorette. Join us on the journey to see what your future husband could look like in about 30 years.

This date was a pretty nothing experience. Becca met Garrett on his family farm where they rode around on a tractor, planted a rose bush and talked about their mutual love for hunting. Becca has been hot on him all season which makes us think that she probably picks him. This poses a larger problem since Garrett’s instagram left much to be desired. I wonder what Carlos (who works on the family farm) thought about his employers political leanings. Becca spent a lot of time talking to Garrett about his previous relationship with Garrett’s family. They were really distraught about his divorce and they don’t want him to get hurt again. Sounds pretty normal for a normal family. Garrett is crazy in love with Becca and his family is skeptically optimistic.

Jason is Perfect. Didn’t You Know?

I have been hot on Jason for the last few weeks and this hometown date sealed the deal for me. Do not pass go. Do not collect $200. We go to Buffalo, New York and literally have the best time with Jason and Becca. First, we go to the original bar where buffalo chicken wings were invented. Sounds perfect. Then we go to a hockey rink and we spend a bit of time shooting around with Jason. This day couldn’t get any better. We then go to his family home for a tasteful dinner with Jason’s parents and his brother and his brother’s husband. This was the perfect day. He was open. He was vulnerable and he has all of the trappings of a great partner. His mother was (as discussed) skeptically optimistic and his brother and his husband were the ones who pushed Jason to tell Becca he loved her. Sounds like an amazing family to me!

Blake Does the Most

Blake has come in hot this whole season and has been ready to scream from the rooftops about how much he loves Becca. He takes her to his high school to take her back to the scene of the crime — the scene where his mother had an illicit relationship with his basketball coach. A bold move you would think. Come to find out, Blake has another revelation to share with Becca. When he was a senior in high school, there was an active shooter on the campus. A hunter was in the area with some mental health issues and he came into the school with a gun and one girl was killed. It was a hard time for him as his mother and sister were also in the building that day. He says the shooting made him appreciate his life and love really hard. His family was receptive to Becca but were more so worried about her breaking Blake’s heart. Since he loves so hard, his last relationship was two years ago and when it ended, he didn’t take it well. His family wants him to come down to reality just in case things don’t go the way he planned.

As we know, Colton dated Aly Raisman pretty publicly and in that time, he never brought her home to meet his family or see any of his life. Having Becca in his hometown is a big deal for him. First, they head to the Children’s Hospital to spend time with some kids who are part of Colton’s foundation. This was terribly cute. This made my ovaries perk up just a bit. After their visit to the hospital they spend a bit of time with Colton’s family. There are one million people at Colton’s parents house to meet Becca. Most of the time, Colton’s parents are concerned about the fact that Colton has been super open with her (virginity and all), but Becca hasn’t been open with him (about her relationship and engagement with Arie). Colton is all in and it doesn’t matter to him. He is willing to risk it all for Becca.

Right before Becca is to make her final decision, her girl gang returns… Kendall, Caroline, Baby Bekah, Sienne and Tia return for moral support. Tia decides that this is her chance to finally tell Becca that even though she said she wasn’t into Colton anymore that she actually still is into Colton. Becca, not one to be rattled, continues on her quest to find love. However, it only makes sense that Becca would break things off with Colton before taking him to the Fantasy Suite.

Next week — we go to Thailand!

Gravity: What goes up, must come down…

How To Handle Changes To Your Hearing