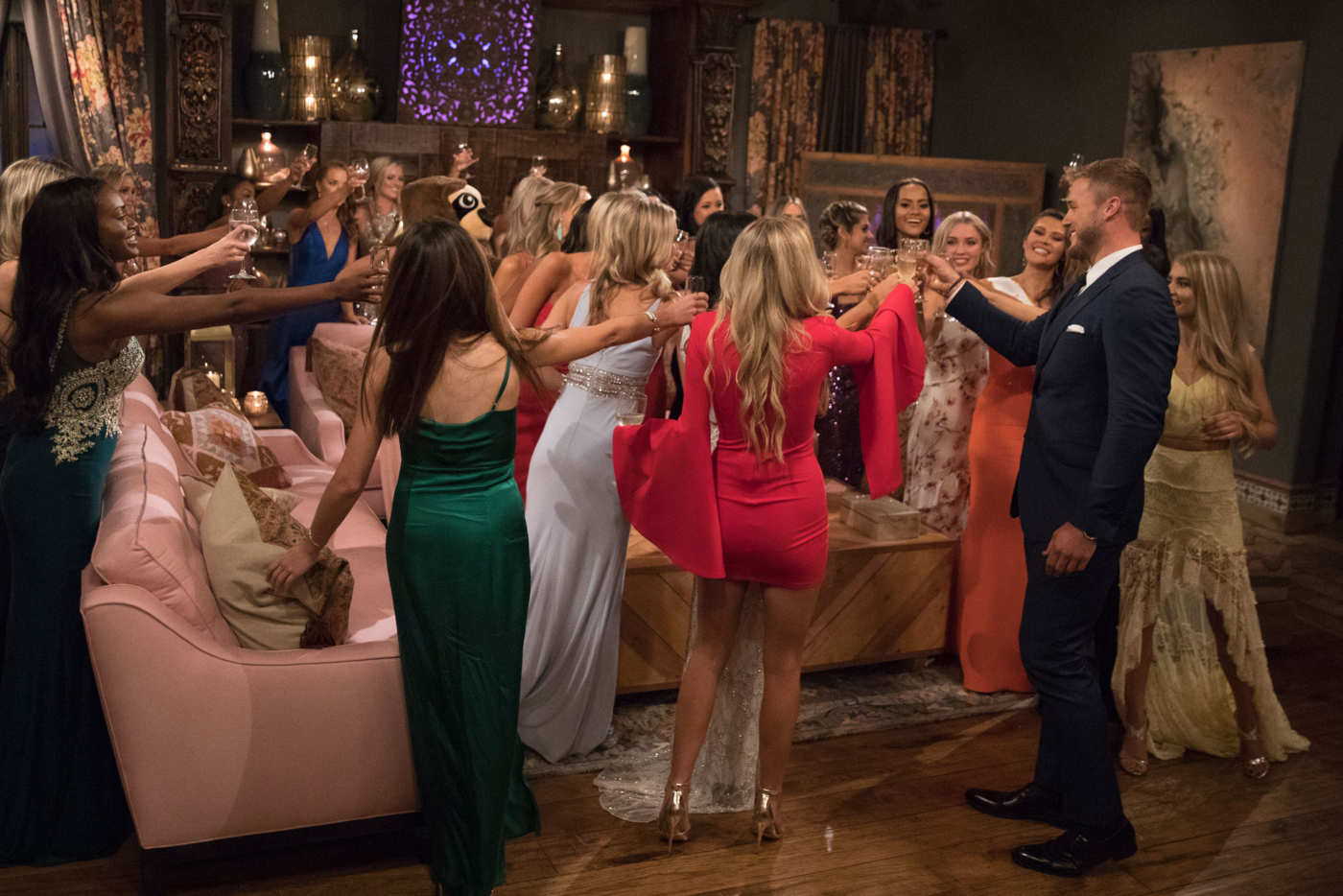 Welcome to another season of The Bachelor and this time we have Colton Underwood as our leading man. So what did we learn about him tonight? I think he is going to be more interesting than we think. As a former fat kid (swoon!) he knows what it’s like to not be liked. I think he will take this process very seriously and hopefully come out with a partner who wont surprise anyone.

In addition to getting to know Colton, we were able to meet all of the women who will be vying for his attention, but that would come much later. Unfortunately, ABC and the Bachelor Producers had other plans. We sat through a three-hour cross country watch party featuring hosts from former seasons including Blake and Jason from last season, Kaitlyn and JoJo for Bachelorette’s past, and Jared and Ashley I. who are now engaged. A few other former fan favorites showed up for a bit and did a whole bunch of nothing.

Now into the women who pulled ahead from the pack:

DEMI  23 | Red Oak, Texas | Interior Designer – First out of the limo and was featured in one of the early videos on the episode. A pretty traditional girl from small town Texas. Fun fact: Her mom is in federal prison for embezzlement!

KATIE 26 | Sherman Oaks, California | Medical Sales Rep – We love Katie! She has a great personality, is super confident and Colton is smitten with her. She got the second kiss of the night so this means she’s probably staying in here for a while.

HANNAH G.  23 | Birmingham, Alabama | Content Creator – Winner of the first impression rose tonight, Hannah is a sweet, petite girl who is ready to get married. Colton and Hannah had a moment together calming their nerves that was very endearing.

CAELYNN  23 | Charlotte, North Carolina | Miss North Carolina 2018 – First kiss of the night, Caelynn had a great showing. She’s a bit neurotic, but can easily differentiate herself from the other beauty queen on the show.

HANNAH B.  23 | Tuscaloosa, Alabama | Miss Alabama 2018 – The other pageant queen is a sweet (also a self described train wreck) had a good showing tonight and seems to have some solid soundbites throughout the evening.

CASSIE  23 | Huntington Beach, California | Speech Pathologist – The sweet surfer girl with a heart of gold charmed Colton with her authenticity. She’s not an over thinker and she taught him sign language during their first meeting.

CATHERINE  26 | Ft. Lauderdale, Florida | DJ – This one is a problem! She brought her dog on the show and put her foot down when it came to getting time with Colton. Her aggressive nature rubbed the rest of the girls the wrong way and the longer she stays on the show, the more I’ll think she’s a producer plant.

SYDNEY  27 | New York, New York | NBA Dancer – The dancer from New York is another cool customer who brought a string quartet out to dance with Colton. She (along with Katie) was one of the girls that Colton met on The Ellen Show when he was first announced as The Bachelor.

TAYSHIA  28 | Corona Del Mar, California | Phlebotomist – Tayshia was one of the first out of the limos, but didn’t show up a lot on the first night. I saw her a lot in the upcoming teaser trailer for this season so here’s hoping she gets far!

So what can we expect from this season? Only time will tell! In the meantime, click the link below to listen to our full recap of the episode on 25 to Life.