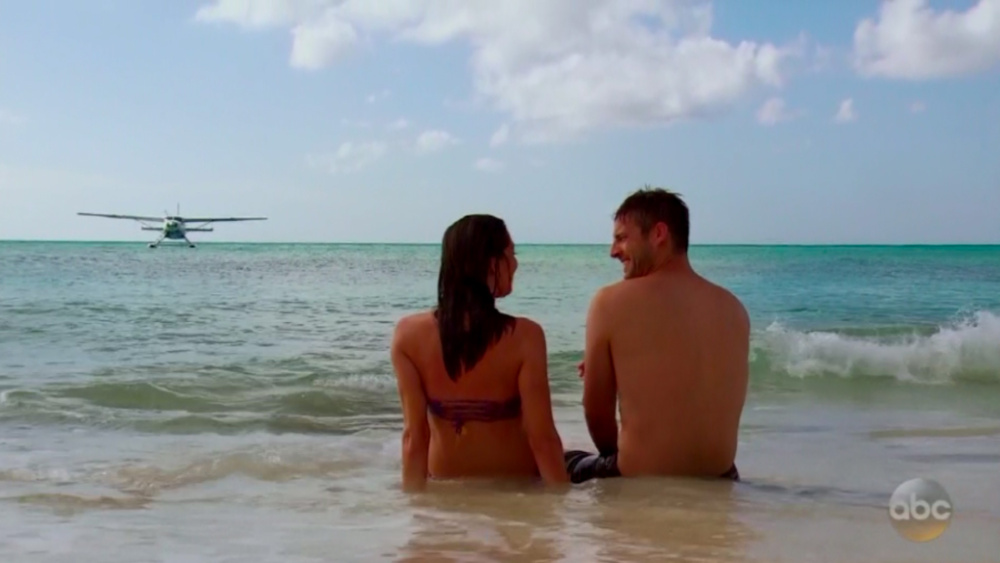 Hi People! Thanks for letting us back into your home for another fun filled week of The Bachelorette. Color me surprised when we found out that Becca would be getting rid of not one but two guys this week and head right into hometowns. Basically, my bracket is shot. Join us as we get this thing poppin’.

Becca’s 1:1 with Colton ends with a revelation

We’ve literally been waiting for Colton to tell Becca that he is a virgin this whole season. It has been foreshadowed since the dawn of time that this Adonis of a man has not made it with a lady. They had a pretty great date with a lot of innuendo so you knew this was coming soon. He lays it on her that he is a virgin and she freaks out and walks out of the room. Maybe she was stifling some laughter. Maybe she was realizing that she shouldn’t have been so hard on him about the Tia thing. Maybe she thought he was lying. She was cool with it… for now, so he got the rose. She doesn’t really have to deal with the virginity thing until next week when the threat of the two of them sleeping together isn’t as real.

Becca’s 1:1 with Garrett is a big dumb nothing

Garrett has had a challenging season. You know, all the Instagram stuff has left his name a bit sour in the hearts and minds of Bachelor Nation. Unfortunately, Becca hasn’t learned that much about Garrett so she is completely smitten with him. In their evening date, Garrett talks about his ex-wife (not girlfriend… I guess he mentioned this early on in the show) and how he wants to be in a relationship that is ripe with constructive communication. Sure. Totally reasonable. He gets the rose and we go to Reno next week to meet is family.

Becca’s 1:1 with Blake ends with an even bigger revelation

All week, Blake has been having meltdowns about not getting able to spend any time with Becca. So much so that the guys have pegged him as having the first 1:1 date. He finally get’s his 1:1 date with Becca and they spend it with The Baha Men, the original Migos. Later in the evening, Becca asks who she will meet at Blake’s hometown. Of course Blake launches into his divorced parent story and I think… oh here we go. Another sob story about moving between two parents. But then, it gets good. REALLY good. Turns out Blake’s parents got divorced because she was having an affair with his basketball coach / English teacher. DRAMA. He says something about wanting to be in a meaningful relationship, and I just want to see all of the mess go down when they go to Colorado. Unclear if Blake’s mom and the basketball coach are still together.

Wills, Leo, and Jason head to the beach for a game of volleyball and some pre-dinner chats with the gentlemen that are left. It is pretty clear that she wants to get rid of Leo immediately. She doesn’t feel like the relationship has progressed with him as much as the other two guys, which is totally fair. He can’t offer her much, but he can offer her a stroke that has been seen on Cinemax. She lets him go and takes Wills and Jason to dinner. Wills professes his deep feelings for her in a profound mumbled speech and Jason couldn’t answer a few hard questions about the future of their relationship, but she ends up picking Jason for the final hometown rose. Wills heads home sadder than we have ever seen him.

Next week… We go to the boys hometowns and Becca learns something from Tia that could change everything!

5 Tips For Starting Your Own Blog

Top Tips For Spending Less On Your Exercise Regime

Dreams Are Not Left At Baggage Claim