25 to Life: Hannah Be A Real Ding Dong 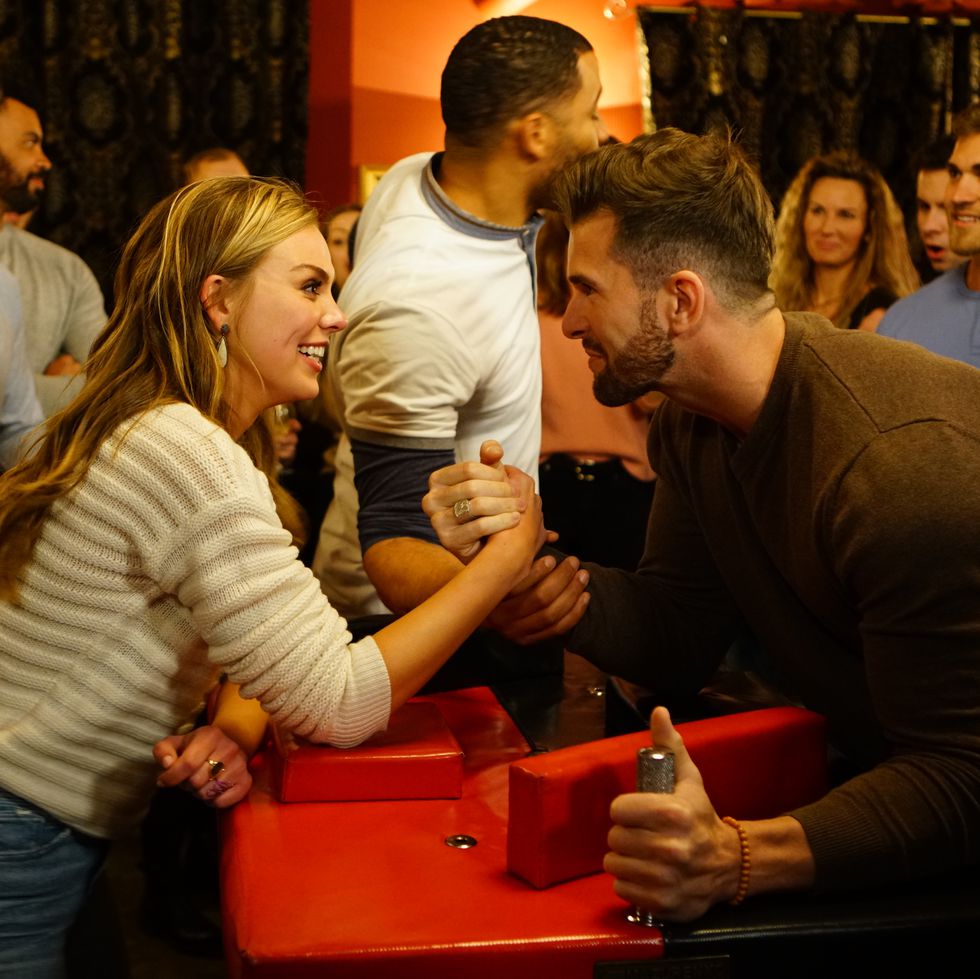 We’re back with some great content this week on The Bachelorette! Let’s get to it.

The Garrett and Hannah Jump Off

In Latvia, we initially think Garrett and Hannah are just going to go bungee jumping, but actually they are bungee jumping… naked! Now this is our classic fear factor date in an effort to bond two people together. The twist with this is this whole nudity thing. Hannah said later that she had underwear on during this date and so did Garrett so this whole thing becomes a non-issue very quickly. They two of them kiss a bit and then leap to their doom. When they get back on the ground, they talk about how much fun they had together and how this experience bonded them. Later Garrett gets the group date rose and then based on how this scene was shot, I assumed he was a good kisser.

Garrett returns from the group date and tells the guys about his date in high level detail. He mentions the naked bungee jump and Luke freaks out. More on that later!

On the group date with Mike, Dustin, Dylan, Tyler, Connor, Jed, and Luke P. Hannah shouts at a bunch of stuff in a Latvian market including moonshine, cheese, and fish. She’s feeling so much better than she has in the past few weeks and I am getting the vibe that she’s feeling better too! Color me surprised that she can have a good date with Luke P in the vicinity! During the date in casual conversation, Hannah brings up her date with Garrett and how much fun she had going naked bungee jumping and how she did it for her! Luke’s eyebrows went through the roof and he proceeded to have a conversation with her about “her actions” at the evening part of the date. He takes her aside and berates her. He equates her date to cheating on him. He says a woman’s body is a temple only meant for her husband. He says that he can’t introduce an unpure woman to his family. Hannah just took it and honestly, I don’t blame her. I wouldn’t even know what to say in a moment like that. Tyler gets the rose and Luke is pissed.

Peter and Hannah visited the Latvian wilderness. Spend some time making out in a sauna. We find out that Peter has a Cuban grandma and speaks Spanish. He gets a rose.

Hannah comes in to talk to Luke and pulls him away from the rest of the guys. She begins to download her feelings about all of the rude and disrespectful things he said to her about her date with Garrett. It was almost like she studied it so there was no way that he could catch her off guard. He then began to twist her words from the obvious truth that we all saw and she continued to get frustrated. She was super clear with him, “You are not my husband and you don’t own my body. I told you this wasn’t sexual. If it was sexual, you don’t get to tell me what to do with my body.” Luke turned her words around on her and she remained frustrated with a relationship that she can control. He returns to the guys and says two things, “I will not talk about what Hannah and I talked about. Garrett this is all your fault.” Whoa. Things escalate and then Hannah cancels the cocktail party.

Surprise. She picks Luke again—three weeks in a row. Will she do this again? Of course!

How to Simplify Your Digital Life