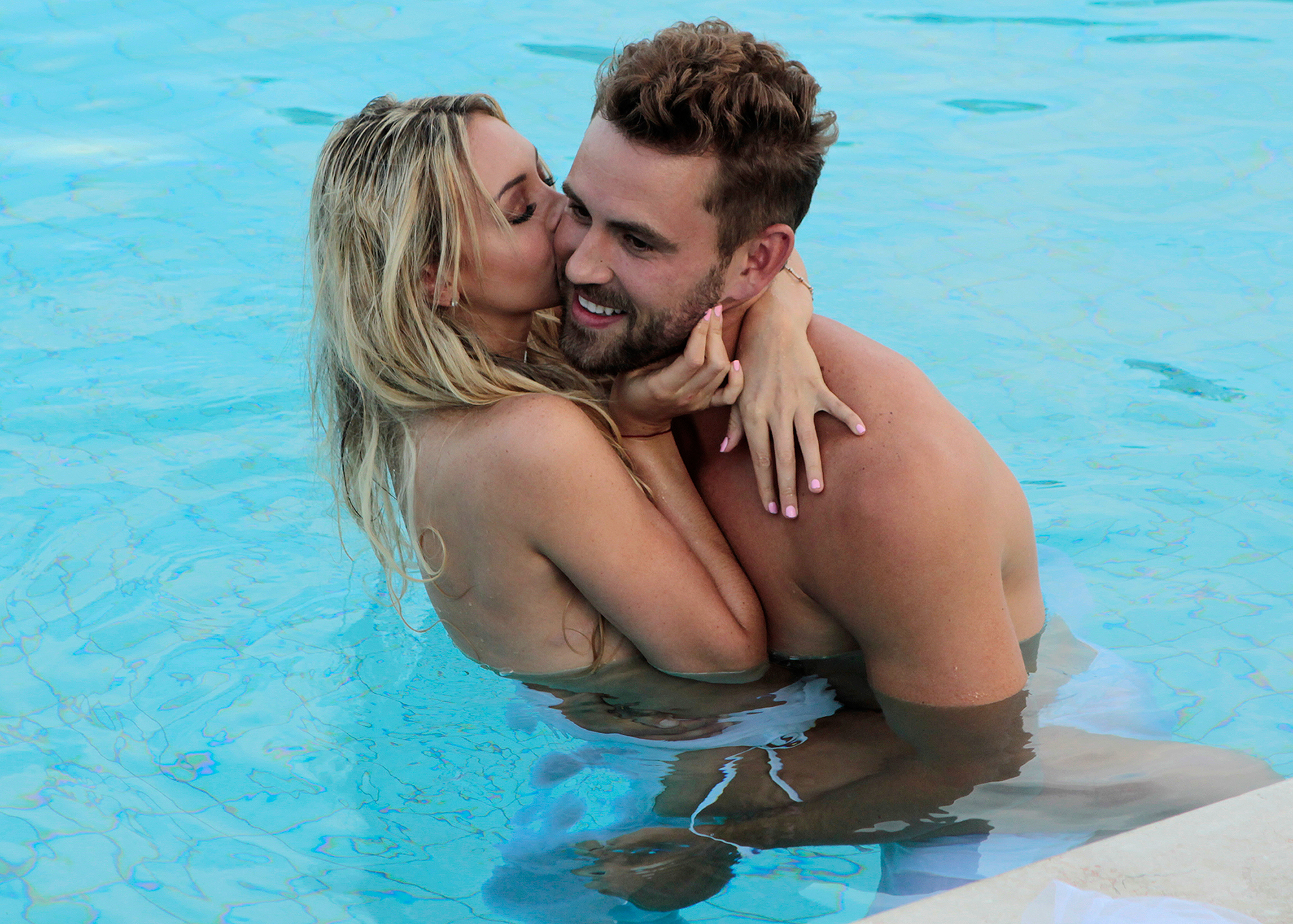 What an episode tonight! I couldn’t be happier that we are watching a season of The Bachelor where the guy pretty much prefers to bang everything that moves than to find a wife. Fun!

We start the episode seeing the women out of their first night garb. They are dressed down, fresh faced, and even more stunning than they were on the first night. We immediately head off to the first group date with the women driving sanctioned convertibles down the 1 Freeway. The ladies and Nick head off to a “wedding” photo shoot where some of the women dress up in a few different gowns to take some hilarious photos with Nick. Vanessa’s wedding is 80s themed (which she has so much fun with), Alexis continues her string of misfortune with her shotgun wedding costume, Taylor walks out in a massive ball gown for a more traditional wedding and Corrine lands the beach wedding which then allows her to take off her top and press her breasts against Nick. He did not complain, though many of the other women did.

Listen guys, I am all for getting physical. I am all for boobs because you know how much we love them on the show, but come on, there is a line. Not only are you getting to know this guy, albeit in a strange situation where you need to move a bit faster than normal, but you are getting to know these women who you are living with for maybe 2 months. Maybe respect them a bit too. Corrine continues to be herself getting drunk and interrupting the women during their 1:1 time with Nick later in the evening. Though we were misdirected by the producers to think he might pick literally anyone else for the date rose, Nick basically did exactly what he thought he would and picked super hot crazy Corrine.

Next up, we have St. Danielle M. getting her first 1:1 date. This woman is incredible. I adore her. She is tall. She is from the Midwest. She is a great person which means she doesn’t need to be on this show and should be dating a very hot doctor who only treats pediatric cancer. Nick loves her because he is very into the Madonna Whore complex that he has wrapped himself in and Danielle gets the rose. She is too good for Nick and also, I want to know where she got that leather jumpsuit.

In our second group date we get to finally hear the Liz of it all. We all remember her story so I won’t bore you with it again, but the fact that she hasn’t had the “big talk” with Nick is really weighing on her. First, she made the mistake of telling Christen about her past with Nick. Next, she decided to get up in front of everyone and basically telling her story without actually, “telling her story.” Liz isn’t at fault at all in this. Nick had plenty of chances to talk to Liz ahead of this episode. He avoided the conversation and then when the big secret was going to come out without his consent he got PISSED. I love how Nick continues to say he loves a woman who challenges him and a woman who calls him out on his behavior and when a woman actually does it, he can’t take it. Classic Nick.

We lose Liz because Nick thought she wasn’t here for the right reasons and now we have to wait until next week to see how the women react to his dangerous liaisons with Liz. It’s not going to be pretty.