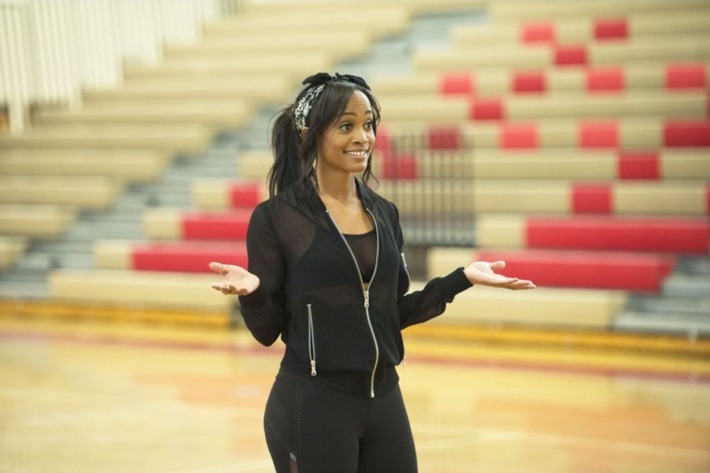 Finally, this week on The Bachelorette we get into the good stuff. We start the week with group date number one where some of the gentlemen are tested on whether or not they are “Husband Material.” Pretty basic stuff, right? Rachel (i.e.: the producers) like to make things interesting by bringing in two super fans of the show — Mila Kunis and Ashton Kutcher. Now, this is pretty big guys. There aren’t usually A-listers on this show, but Rachel is different. She’s unique. She’s a black girl with loads of famous white friends who want to make sure she finds the right guy. Unrelated to this, where are her black and/or brown friends from home who are invested in her and this process? I’m talking about the girls she laughs a little too loud with and the girls she code switches with on the phone. Surely she has several of them to discuss her dating life with. It would be nice to see if they exist and what they have to say about her being The Bachelorette. The group date thought fun was actually a nightmare. You could tell that she had no investment in any of the guys on this date and her body language (with Lucas in particular) was in the pooper. Iggy was a sweaty useless mess. She still can’t get over Fred being that bad little kid at camp. Jonathan was talking clinical about changing diapers and Lucas continues to be the worst. But then along came Dean and Kenny. First off, Dean (serving some Grant Gustin realness tonight) continued to redeem himself from his crude statement on After the Final Rose. He took Rachel’s lead and they had an easy report with one another. They were giggling and talking about nothing which means he got the rose on this week’s date.

Up next, our first 1:1 date of the season with Peter. You know a 1:1 date is good when nothing happens, but this time there was a dog involved. Enter from stage left, Copper, Rachel’s faithful dog who is just delightful. How were we granted such a gift? Copper and Rachel and Peter get on a PJ and head to Palm Springs for the day. The best part happens in the evening when the two of them get to talking about their lives growing up. Come to find out, they are literally the same person. Both beautiful people with gaps in their teeth. Both went to relationship therapy after tough break ups. Both 31. Sounds like a perfect match to me. This date could not have gone better and I am falling into deep sexy love with Peter the Silver Fox… and also Copper who has my heart.

The next group date went a bit better than the earlier group date. This time we lived out many women’s Love & Basketball fantasies by bringing a few of the bros together to play against each other to win Rachel’s heart. Our special guest on this one, a legend, Kareem Abdul-Jabbar. An incredible man both on and off the court, this was a big win for the franchise to get him on the show especially after his choice words about the series. Meanwhile, DeMario is pretty confident about himself and has been for most of the episode. He is dunking on people left and right and is convinced he will get the rose tonight. Come to find out, our friend DeMario’s current flame showed up to the game to spill some tea that they were still together and he wasn’t here for the right reasons. Rachel went into lawyer mode (and was this close to cussing him all the way out) to get the facts. Like a f*ckboi, DeMario couldn’t come up with the right answer to convince our girl that he was here for her and she kicked him to the curb. She was fully bothered by this and couldn’t be consoled by anyone, not even Chris Harrison after kicking someone she really liked out of the competition.

We get to the cocktail hour and there are a few people who pique Rachel’s interest, but in the blink of an eye we here a knock at the door from our old friend Pauly from security. DeMario is back and he wants to explain himself. Rachel seems to only be entertaining his return because the producers are making her do so. No rose ceremony tonight so we will have to wait until next week to see who goes home. It begins!

A Little FYI About Dating A Female Writer

On The Run with Bey and Jay