25 to Life: Mama Was Pleased 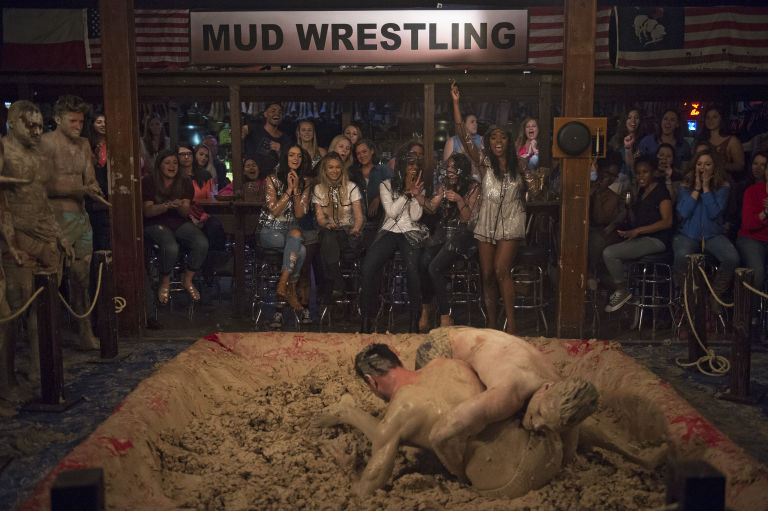 This week of The Bachelorette starts with a few welcome departures. First, DeMario tries to plead his case to Rachel. He walks up to the mansion after his Uber (???) drops him off. Did this man actually think that after this woman told him to, “Get the f*ck out,” was going to take him back? I mean… really? The producers put him up to this because there is no way he would go back for seconds from her. He greeted Rachel with a handshake that was limper than overcooked spaghetti. Her eyes bore into his soul as he begged for her to forgive him. And then, just when he thought he was going to slip back in with a shred of dignity, Rachel Lindsay served him the ether of a lifetime and sent him away like trash. He cried. I saw the real tears. Boy, bye.

We also immediately lose two of the worst people ever: Lucas and Blake E. Obviously there was no chemistry with Rachel and either of these goons so we knew they would be gone pretty quickly, but their “fight” at the end of the show seemed again pretty played up for the cameras. These guys know each other. These guys have a bit. They are probably a package deal. I’m just glad that they are gone so we can get back to the good stuff.

We also lose Jayme this week, but we definitely don’t care about that.

Later, we head to the best group date ever. Six guys: Peter (!!), Bryan, Fred, Jonathan (who was serving me serial killer realness tonight), Alex, and Will went to The Ellen Show. How fun! They spent the afternoon playing Never Have I Ever and dancing for dollar bills. Sounds like my kind of afternoon. It was all about Bryan and Alex on this date. Bryan was clearly loving the attention and Alex was having the time of his life. Meanwhile, Peter was a perfect gentleman. Duh. That evening the guys get more one on one time with Rachel and the focus was on Fred’s relationship with Rachel. He wanted to continue to try to convince her that he wasn’t who she remembered from 15 years ago. He then asked to kiss her. Like asked, “Would it be ok if I kissed you know.” I could feel her recoil. He made the move and though he was clearly into it, she was not so she sent him home. The fact remains, she couldn’t get past him being that terrible 8 year old kid who was acting a damn fool at summer camp. When a woman hits you with, “It felt like a boy was kissing me,” you know it’s over. I still love you Fred. Alex gets the rose because he was a delight this week.

The 1:1 date this week was with Anthony and I don’t even think the date card was even presented so maybe this one doesn’t count. Anthony and Rachel go horseback riding down Rodeo Drive. She is so comfortable on a horse like Beyoncé in the Daddy Lesson’s music video and Anthony remains confused. This man is a Fulbright Scholar so he is super smart and on her level, but I don’t think he has the personality to match hers. There is a private concert with a non-descript jazz group and Anthony gets the rose.

Then comes the next group date: mud wrestling! More fun! Filming a bunch of beefed up bros rolling around in the mud while your girl friends drink champagne sounds like the bachelorette party I’ve always wanted. They are killing it on the group dates on this episode. On this date: Kenny, Bryce, Lee, Dean, Brady, Adam, Eric, and Jack Stone get to body slamming. Our man Kenny is completely in his element. He is living his best life, giving face to the crowd and serving you “Can You Smell What The Rock Is Cooking” realness. Him blowing a kiss to the ladies from Rachel’s season was ICONIC. When I tell you I screamed…WHEW! Bryce wins the challenge only because Kenny threw the match. We also love you Kenny.

Through the course of the episode, Eric started to spiral. He is starting to get really vulnerable from not being in control of this relationship. These are all totally reasonable feelings to have in the 3rd week of the competition. Rachel is dating 20+ guys and she might not have time for you every week. I get it, but the rose is your validation. As Eric begins to express himself to Anthony, some of the other guys in the house aren’t ready to deal with how Eric deals with conflict and they want to get in on trying to calm him down. Lee begins to say things like, “You have so much potential” and “He’s one kid with a bad issue.” What does that even mean? I know exactly what it means and it has everything to do with some of the things that his social media revealed earlier that week. Saint Sharleen Joynt and former Bachelor contestant said it best this week in her recap for Flaunt. Lee’s tone didn’t sound  like someone who actually cared about Eric’s well being. He was belittling and condescending to this person who he doesn’t even know or can’t even begin to understand. It is my hope that next week the show (meaning the guys on the show and not the producers of The Bachelorette itself) will address some of this behavior and Lee will show himself out for being a deplorable human being.

We end on another to be continued and after two hours we still get get more than one rose ceremony.

Gifts With A Purpose

Bougie On A Budget: Starbucks