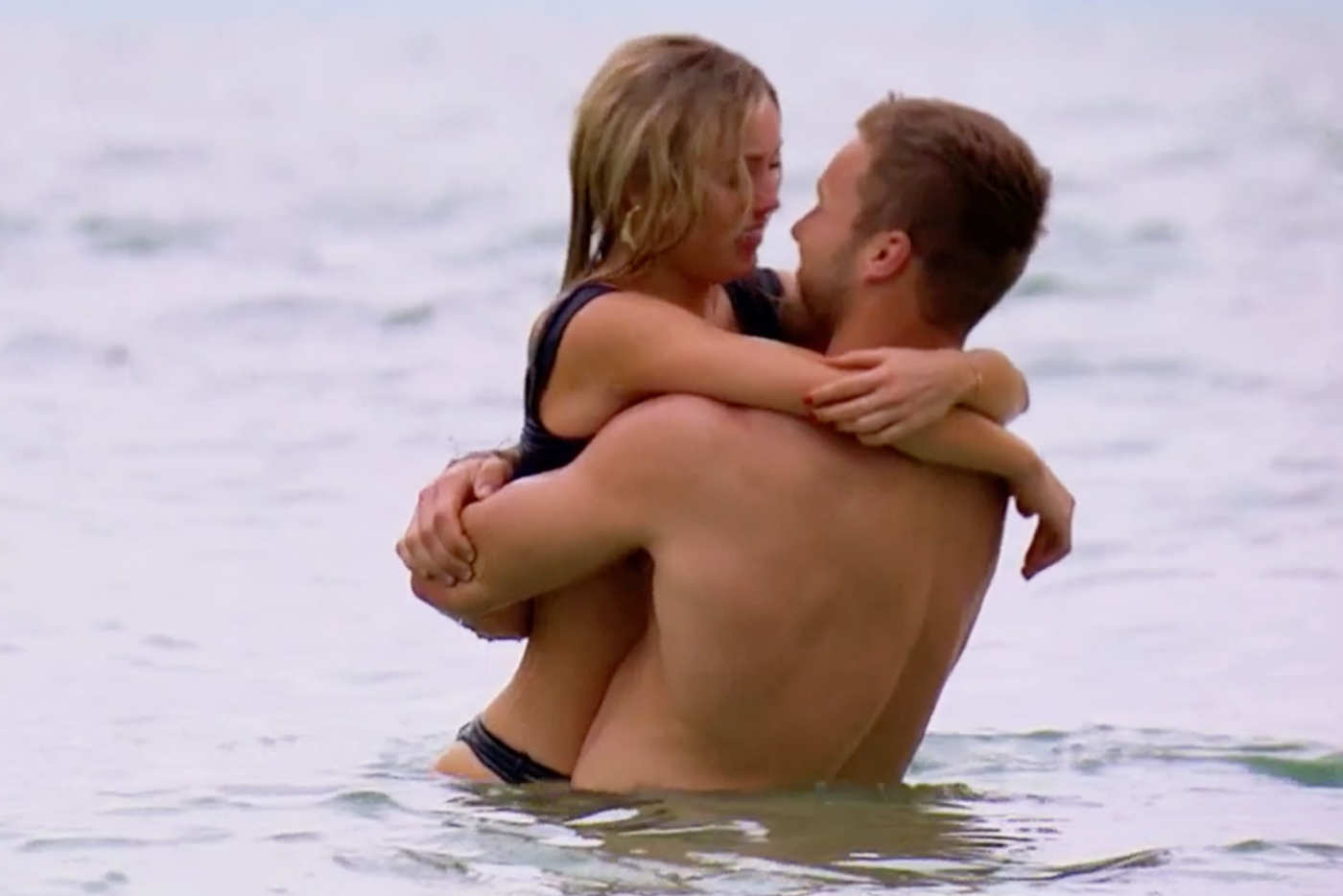 Hi friends! Thought I wasn’t on this week’s episode of 25 to Life, The Bachelor charged on with a few firsts tonight. We head to Thailand for some hot gossip and, duh, some drama.

After years of never being kissed, Heather finally gets her 1:1 date with Colton. She is preoccupied with even the faintest idea that Colton might give her the one thing she has been waiting for. That sweet peck on the lips. After a romantic boat ride in Thailand a bit more detail about her whole… thing, Colton finally kisses her. Now she can tell everyone that she had her first kiss on national television.

After a bomb 1:1 date in San Diego weeks ago, Elyse has a bad case of the doubts. She is concerned that Colton is making connections with the other women and not so much with her. Or so she thinks. It’s been some time since they have had in depth one on one time so it’s hard for her to be patient. I’d love to see her have this conversation with Hannah G. who has been a front runner for almost 6 weeks with not even a glimpse of a 1:1 date in sight. As this week’s 1:1 date went to Cassie (more on that later), Elyse decided she’d officially had it. She wants more and this process is harder than she thought. I can only imagine how isolating it is to be among the oldest women still on this show listening to teeny boppers talking about Colton like he’s on the cover of J14 magazine. She goes home and Colton is shook.

The rest of the gang heads on a Tomb Raider style excursion through the jungles of Thailand for the group date. Most of our faves are on this one while Cassie stays at home with Heather and waits for her 1:1 date card. While the rest of the girls really rough it, Demi, Hannah B (who have formed an unlikely friendship), and Hannah G. went to a hotel for burgers and champagne. Though they didn’t “win” the challenge, points go to them for creativity. Who wouldn’t want a burger and champagne? Later in the evening, Onyeka takes it upon herself to wage war on Nicole. According to her (and Elyse … from beyond the veil), Nicole is only here to get out of Miami. One of the best moments of this episode was Tayshia clapping right back at Onyeka saying that she was there for the conversation in question and what Onyeka claims never happened. YIKES.

Later, at the cocktail party, Nicole and Onyeka come to blows. Nicole says she is being bullied. Onyeka says she is just speaking the truth. Nicole says she wants Oneyka to leave her alone. Onyeka says Nicole is emotionally unstable because she cries all the time. The girls are fighting SO LOUD that their chatter interrupts Colton’s time with Katie. He goes to sit between the two of them as they continue to fight around him and then ya boy just snaps. We’re taken to a To Be Continued as we wait for next week’s steamy episode.

What can we anticipate next week? Do we think Colton loses his virginity? Probably not. Does he get pretty close? Probably yeah which sends the girls into a tailspin. See you then!

Creating the Perfect Base for Your Flawless Face

Get Jacked With Jesse: Working Out & Traveling

3 Ways For Influencers To Get More Paid Opportunities