25 to Life: Some Pretty Bayd Football 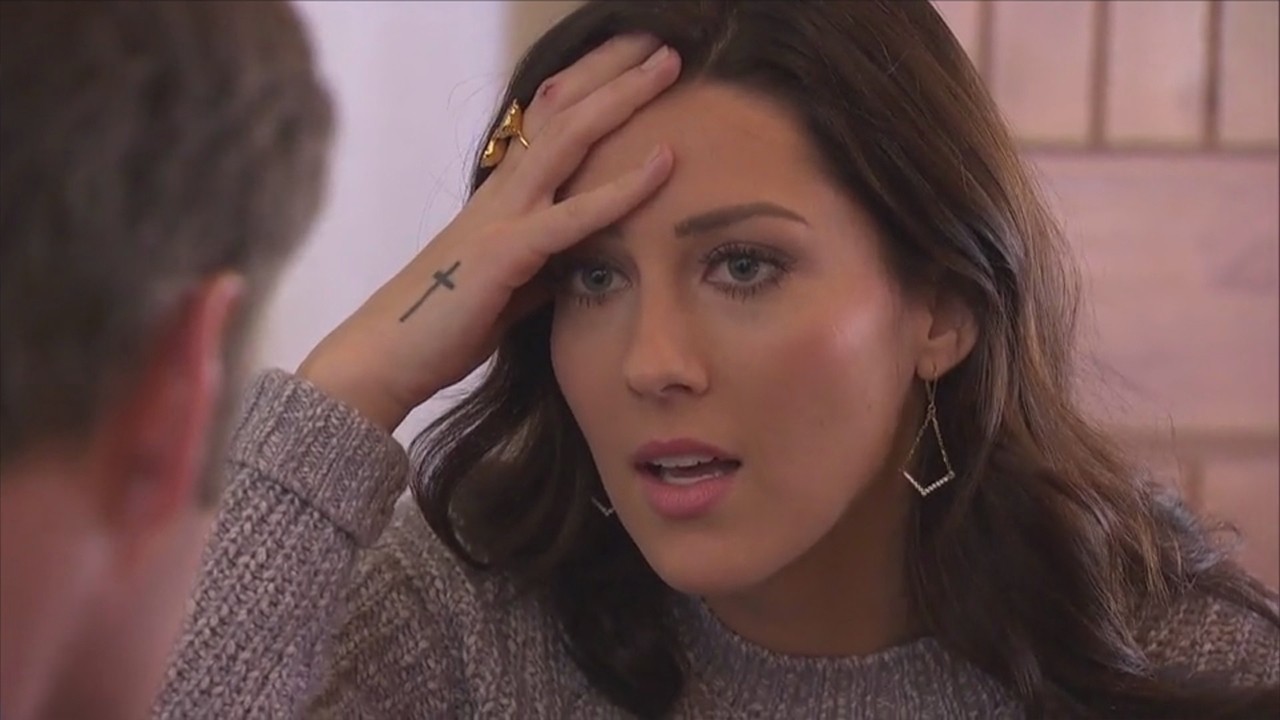 This week’s episode of The Bachelorette was full of a lot of thrills, spills, and blood. Pretty much everyone was injured this episode – more physical than emotional.

Group Date – A Day at the Spa

Becca breaks it to the guys on this group date that they are going to have a full on pampered experience featuring some of our faves from last season including Baby Bekah, Caroline, Kendall, Sienne and Tia. How interesting that Tia joins this date so quickly after all of the drama of Becca finding out about her relationship with Colton. Trying to figure out the timeline of Tia and Colton’s relationship is as useless as trying to find meaning in a Pauly Shore movie. She said they made out in January which was before he was cast on the show, but they dissolved their relationship when he found out he was on the show. No big deal, right?! WRONG. Not really. Once Becca found out the “truth” and Colton explained that he was here for the right reasons (and he also mentioned that trust was important in his relationship since his last one ended because of trust issues — what happened with him and Aly?!) and he gets the rose. She want’s to bang him real bad. You can tell.

1:1 Date – Chris Doesn’t Know What the Capitol Records Building Is

The most important part about this date is that we get to spend the day with Richard Marx. Becca somehow likes Chris after he snitches on another guy on the show and she wants to give him a chance. They go to Capitol Records and write songs. Since Chris’ parents got divorced when he was 7, he can’t write song lyrics. Listen, lots of people go thorough stuff, but as a child of the 90s, everyone’s parents are divorced. You’re going to have to do better than that. Somehow, Richard Marx is able to save Chris’ terrible song writing skills and save the day. Meanwhile, Becca gives Chris a rose.

David (the chicken suit guy who likes to fight with Jordan) fell out of his bunk bed in the middle of the night and basically broke his face. He did not return this week, but we will see his new face next week.

The last group date for the week was a game of 5-on-5 football hosted by Keyshawn Johnson and the WPFL. A huge mistake was letting Clay on this date. He owned the field and was about 1000% better than anyone could have predicted. He was so good in fact that he broke his wrist in the middle of the date. We were all very sad, except the other guys on the show who were super happy to see Clay leave so they could get some PT with Becca, but Clay comes back in the middle of the date like Madison Montgomery from American Horror Story Coven to secure the bag. He got the date rose this week, but it’s almost too little, too late. Clay excuses himself to get surgery on his wrist so he can continue to play football to provide for his family.

Next week, David and his new face return to the show and we start traveling. First up is Park City, Utah!

MORAvational Monday: Insecurities Through The Holidays