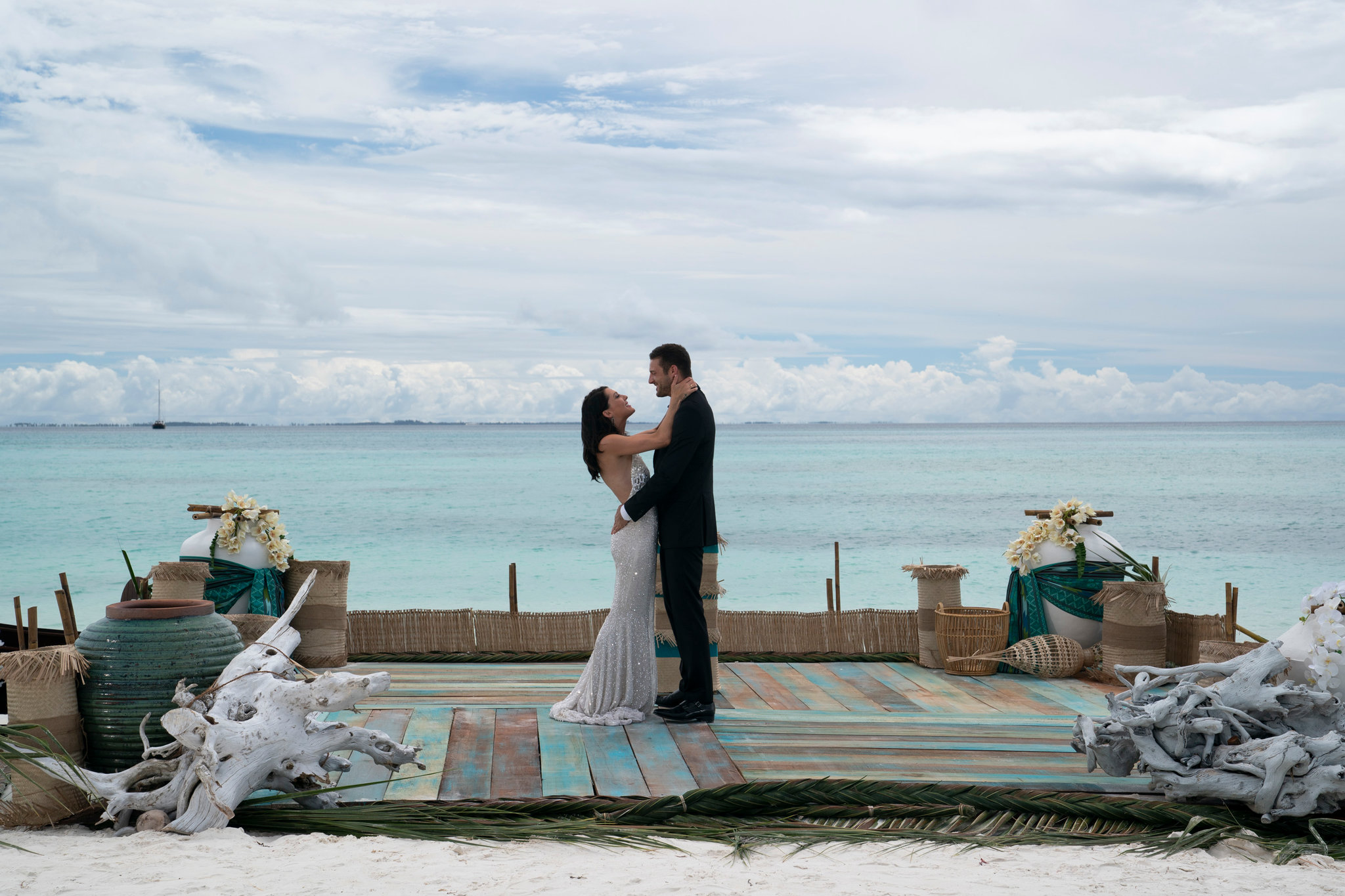 This is it! It’s finally over. We got to the finale of The Bachelorette and Becca has made her final pick. Here’s what went down.

Blake and Garrett meet Becca’s family in the Maldives and they, being Midwestern people, say great things about the two fellows and ask her what she thinks. She can’t make a decision, but we actually know the truth. She’s been in love with Garrett off jump. There is something to be said about how much she sees Garrett to her own father. It has been something that has permeated throughout the whole season. Maybe for Becca the death of her father has left a hole that she has been trying to fill in her relationships and what she has with Garrett (over Blake) really resonated with her right off jump.

Blake had a tough time at the end of this season. He knew something wasn’t right and his sixth sense was kicking into high gear. Was Becca going to pick someone else? She has relationships with a ton of other people. What if she doesn’t love me like I love her? All of this came to a head when she finally broke it to him that he wasn’t The One. Blake almost immediately had a meltdown. Becca tried to calm him down, but it wasn’t enough to keep him together. As he walked off you could tell it was going to take him a while to get over their breakup.

Garrett had a much easier time telling Becca how he felt about her. For him, it was easier to open up about his feelings once she finally said those magic words. Much unlike in seasons past, she reserved her, “I love you,” for the final moments. I think it paid off because saying I love you to Blake and then not choosing him would have been a massive blow for him. For the first time in a long time, they actually seem super happy together.

After the Final Rose

The big elephant in the room waiting to be addressed was Garrett’s social media behavior. As we know in a past life Garrett liked photos on social media that were unsavory to say the least. We all know how the internet works (we wont get into it here), but its hard to believe he didn’t know what he was doing when he liked the content in question. He restated his apology and Becca even spoke about there being times recently where it has been hard on their relationship to educate Garrett based on his beliefs. However, she knows what is in his heart. Let’s see how long she’ll be willing to be his “teacher,” but like I said… they look happier than I have seen a couple in years on this show. Maybe a Bachelorette with a good head on her shoulders makes good decisions about who she wants to be with.

Thanks for joining us this season, people! We’ll see you in January.

Pup Alert: The New Must-Have Device For Your Puppy

25 to Life: The Calm Before the Sex Storm