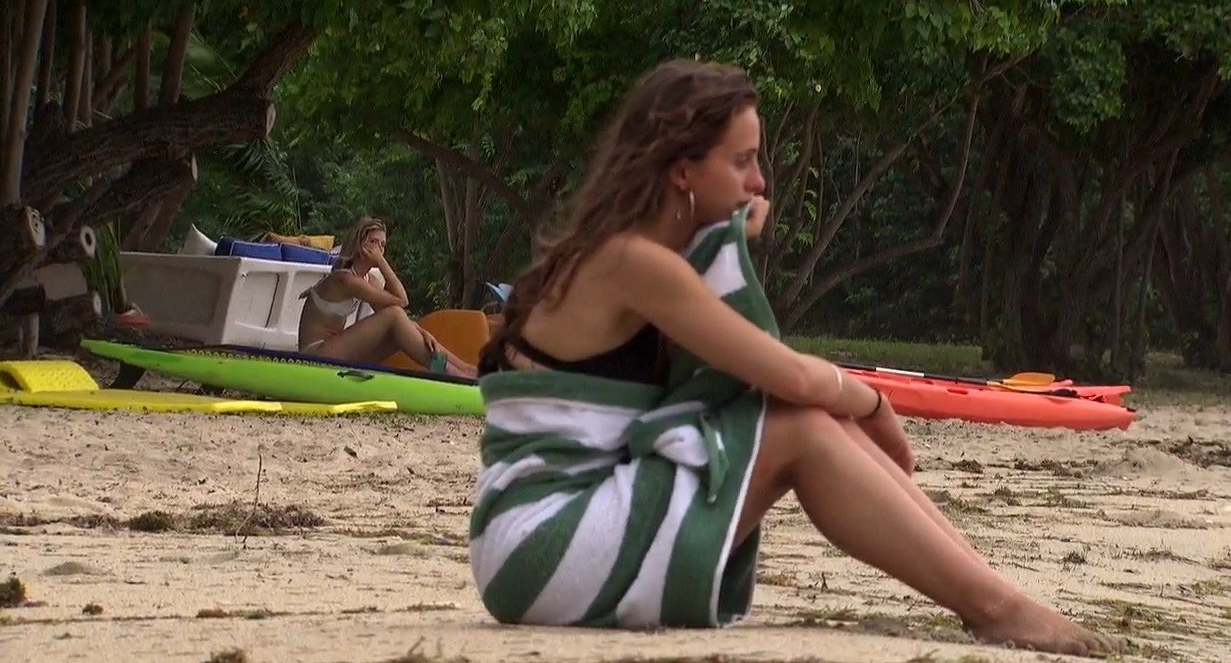 So when Chris Harrison said this season would be the most dramatic season of The Bachelor ever, I actually think he was serious this time. There were so many feelings on this episode and I think it had everything to do with either Mercury being in Retrograde, periods being synced up, or that the stress of the process is finally getting to everyone. Let’s think its a combination of all three.

We start the episode with Corinne and Taylor finishing their fight that I couldn’t care less about. Taylor of course needed to say her piece and looking back on the rest of the episode, this was completely unnecessary. Nick completes his contractually obligated date with Corinne and heads to a rose ceremony at another plantation (… I can’t with these plantations, guys). We lose a few more people we love, but could do without including Alexis, Josephine, and Jaimi. I can’t wait to see Alexis on BIP. She will be a delight.

Time to do some more traveling! We join the rest of the women in St. Thomas and right off the bat Nick calls for a 1:1 date with Kristina. We all saw this coming from a few weeks away, but one person didn’t see it coming — Jasmine. She has been melting down about not getting the time she deserves with Nick all the while forgetting she is on a game show with 30 other women dating the same guy.

Kristina’s date was incredible. Now, when we hear sob stories on this show we usually get someone talking about how they have never been in love or they lost someone close to them at a young age. This was not that. There has been no story on The Bachelor like this… ever. Kristina was literally an orphan. Like a real orphan. Like her mother kicked her out of their home at the age of 5. Yes, eating. Like she lived in an orphanage for 8 years before she was adopted by an American family. So the next time you complain about Madewell not having your size in their uber popular raw edge denim, think of Kristina and how she had to eat lipstick because there was no food in her home. Yeah. She got a rose, but based on her story that all seems pretty trivial right about now.

Next up is the group date from hell! This week we have Corinne, Rachel, Raven, Vanessa, Jasmine, and Danielle M. spending a day on the beach with Nick. Now after weeks of drinking and group dates with competitions the women (and the ones on this date are some of the best of the best) are just sick of it. They are tired, hungover, jet lagged, upset, syncing up, and over all of the drama. Trust me, I get it. It’s a unified meltdown. The women start crying and sit in their separate corners on the beach while Jasmine works herself up into a frenzy. She beings to spiral all day and into the night and ends the evening (and her time on the show) by choking Nick. Thanks Jasmine for showing us the true price you pay when reality TV makes you crazy.

Then we get to the 2:1 date which I still think was poorly placed and had to have been a producer plant. In a perfect world, Nick would have given Danielle a rose and sent Whitney packing at the end of this St. Thomas trip no problem, but the producers wanted to add in more drama. Instead of letting us have the rose ceremony we wanted, they set up a 2:1 date with two women who have a pretty ok relationship. Sounds like a great move for feminism, right? The trio heads to a beach to do some more sitting and while interviewing Danielle, Nick realizes that Whitney needs to go home. They leave her on an island and in the middle of dinner with Danielle later that night, Nick realized that she needed to go home, too! Losing Danielle was hard, and I mean really hard. Nick wanted it to work with her so bad, because look at how pretty! She did everything right, but it just wasn’t happening. Now its time for Nick to start his meltdown.

Nick heads back to the women dejected and emotions are high. Nick is threatening not to come back and the women don’t know what to do. Maybe if he quits the show they can all finally get some sleep and try to figure out how to get their jobs back once they head home. Corinne on the other hand has another trick up her sleeve to cheer up Nick. It’s sex guys.

A Tribute To One Of The Greatest…

25 to Life: Being Ben The Bachelor