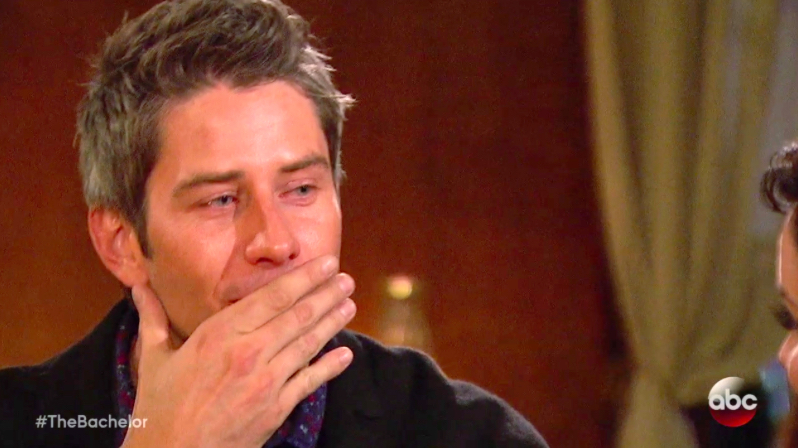 This week, we went to Tahoe with the ladies and Arie and found out a few things:

The first 1:1 date went to Seinne. She has charmed Arie with being sane and the smartest person who has ever been on this show. Don’t know if you know it or not, Seinne went to Yale and she’s supes humble about it. She asked Arie a lot of questions about himself and what he expects from his relationships while Arie kept saying things like, “That’s amazing” and “So awesome.” The conversation was riveting. They spent the afternoon parasailing and then went to a private concert. There is zero to say about this date because I do not think he will pick Seinne and frankly she shouldn’t get picked. Out of everyone left she is the only person who should be the next Bachelorette. She’s more than qualified and plus, The Bachelorette is so much more fun to watch than the Bachelor.

We get to this week’s group date and its all about survival. The challenge: drink your own pee and eat bugs. If any man asked me to do that to make all of my wildest dreams come true, I would take a hard pass. HARD PASS. I don’t care who you are… I’m not drinking my own pee. Not to mention how hard it is for women to pee in a straight line. How did they get it into the thermos?

A million girls go on this date including Krystal who is baffled by how desperate the women are and the rest of the women start to turn on her. Krystal (said in parseltounge) has a discussion with Tia and Caroline about how she has been treating the rest of the women. It was a warranted confrontation with nearly everyone on Tia and Caroline’s side, but Arie ended up keeping Krystal over our fav, Caroline, so maybe it wasn’t such a good idea at all.

Next up we have Bekah’s 1:1 date. By all accounts the afternoon part of the date was uneventful – see: horses and hot tubs and champagne. Our girl remained charming in a faux fur and Arie is swept up by her magic. The women at the house are very concerned by how old Bekah is and whether she is easy to be married. Come to find out, Arie actually has no idea how old she is. The moment when Beckah tells him she is 22 you could hear the air being sucked out of the room. Arie couldn’t get over it (even though he gave her a rose) and was trying to wrestle with the idea that Beckah’s age would deter him from picking her at the end of this thing. Fun Fact: Baby Bekah was never in the running to becoming America’s Next Top Model. She is here for fun and to be an interesting player in the Bachelor franchise. She can’t be The Bachelorette because she’s too young (and that spot is reserved for Seinne at the moment), but she could have an amazing time on Bachelor in Paradise. Arie can say all he wants that he is struggling with her age, but he doesn’t seem too effected by it.

Next week we head to Florida (I guess…) and Arie will probably make his final decision on keeping both Krystal and single mom Chelsea.

See you next week!

Not Everyone Is Going To Like You. And That’s Okay.