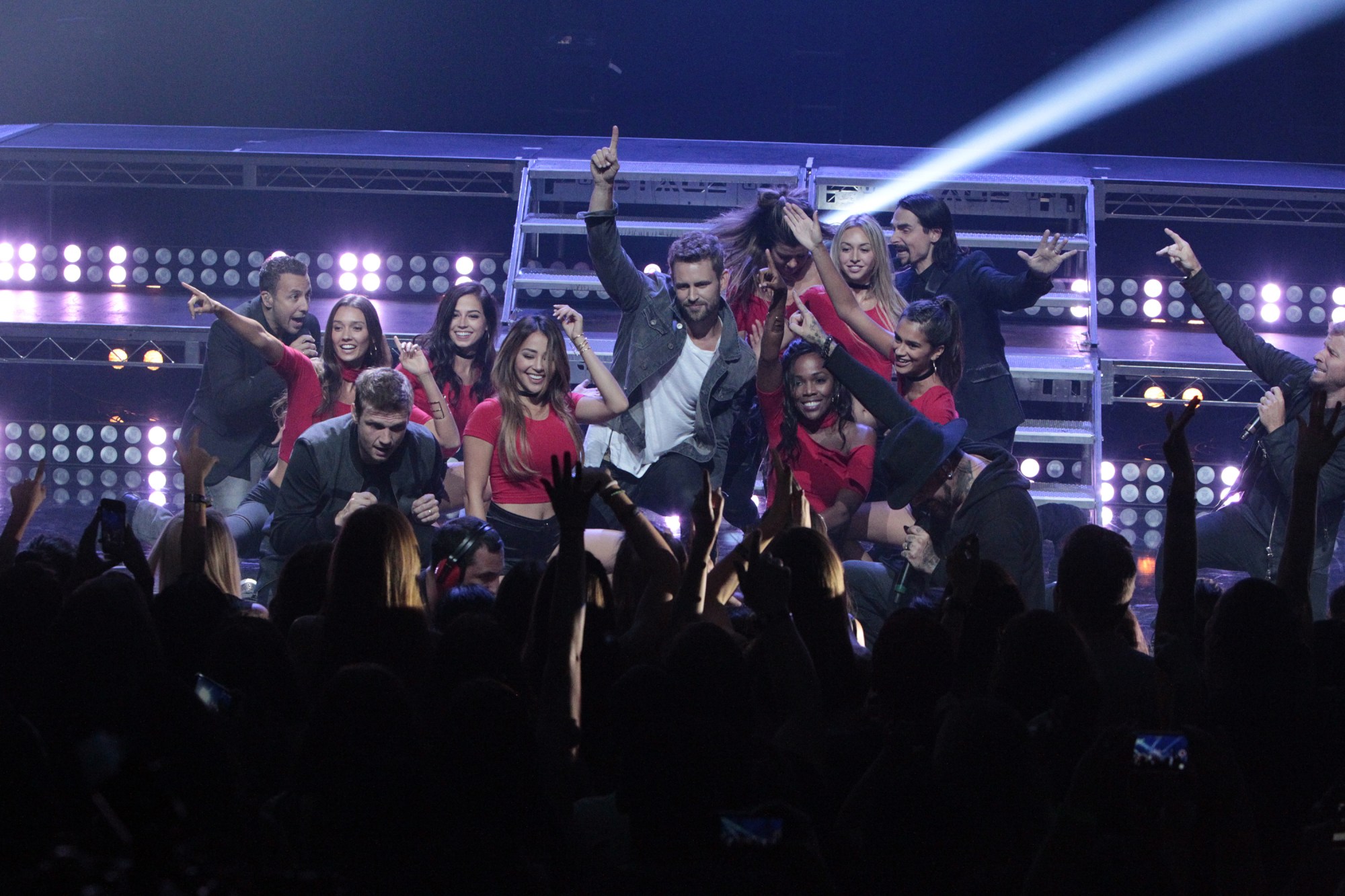 Guys. The Backstreet Boys were on the show this week, so I am pretty much set for the rest of my life. In this week’s episode of The Bachelor, we were finally able to get some level of resolution on our “To Be Continued” moment from last week. To refresh your memory, Nick let Liz go because he slept with her a while back and now realizes there are more fish in the sea. Problem is that the women on the show didn’t know he slept with her. WHOOPS! So Nick spent most of the beginning of the episode pleading his case to the ladies on the show and getting flashed by Corinne. For many of the women, since it was so long ago and now they are the ones on TV, it doesn’t really matter who he slept with as long as they get the chance to be the last person he ends up sleeping with… FOREVER. We lose Elizabeth, Lacey (who?), and Hailey and move on to the next set of this week’s dates.

The next morning, in comes Chris Harrison with some cryptic news about the dates this week followed by some even more famous people. The Backstreet Boys. There has never and will ever be a date like this on this show. It has everything. There is nostalgia, there is swooning, there is drama. Every 12 year old girls dream just came true to be able to dance with and be serenaded by THE greatest boy band of all time. Full disclosure, I am and *NSYNC fan, but come on… we can’t act like this isn’t monumental. The girls learn the choreography from Everybody, because what else would you do on a date? Jasmine thinks she’s got this date on lock, you know with all of the Dallas Cowboy cheerleading she’s done in her career, but it was Danielle L. that actually got the rose on this date. She was basically so hot you couldn’t take  your eyes off of her and Nick (as well as the members of BSB) were feeling it. Seriously. 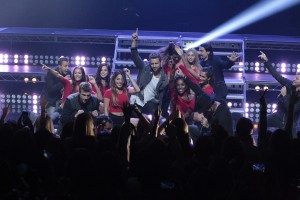 I still can’t understand how The Backstreet Boys ended up in the back of this picture. Nick who?

Next up was a 1:1 date with the angel queen among us, Vanessa. Nick takes her on a Zero-G space flight which if you think about it sounds really cool! WRONG. No one has a strong enough stomach for this date and Vanessa is a good sport for a while and then ends up going a full Exorcist and seemingly ruins the date. I felt terrible for her while also giving her a firm thumbs up because this means that unlike many of the women on this show, she had enough food in her stomach to end up throwing something up. Good on you sister. Their evening date was on solid ground and fared a bit better than the morning event. Vanessa opened up and said some amazing things about what she want out of a relationship that made me swoon. Much like Danielle M., she’s just too good for him.

The second group date of the night was all field and one track. The women and Nick met up with some of the greatest athletes in the world (Michelle Carter, Allyson Felix, and the GOAT, Carl Lewis) to see who would win his affection. I mean, frankly, I think Rachel should have won this challenge, but Astrid’s boobs stole the show. That evening Dominique began to melt all the way down and got herself sent home. What a fool. Use your percent, Dominique! You only hurt yourself.

We end the show with a pool party instead of cocktail hour. You know what that means. Shirtless Nick and Corinne jumping up and down in a bounce house. We spent some time watching the girls watch the two of them make-out and all but have full on intercourse in an inflatable home made for children. It’s one thing when women like Raven sit Nick down and tell him he’s making a mistake with Corinne, it is quite another when saint Vanessa makes a statement about whether Nick is in this thing for the right reasons. Uh oh. He’s in trouble now.

The Problem With Dating: The Social Media Break Up

C. Young Releases ‘Anything Is Possible’

25 to Life: Getting There

Manners Can Be Taught