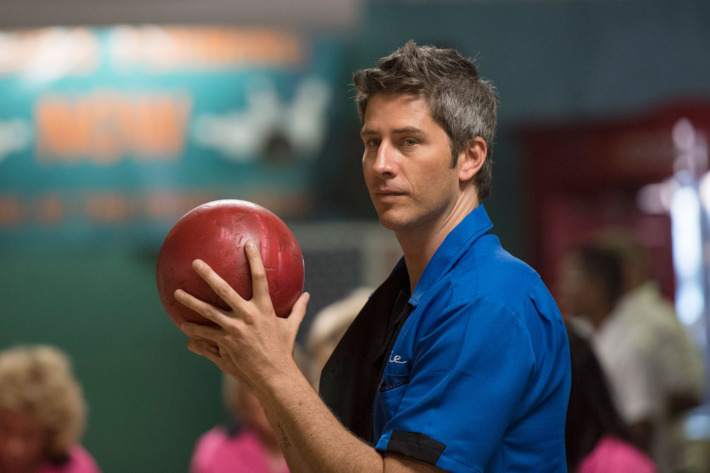 This week on The Bachelor it was all about Krystal and she probably liked it that way.

First up with a 1:1 date is Chelsea. As we all know Chelsea is the single mom of the group and as we also know, single moms tend to get the boot riiiiiight around this time. So why is Arie keeping her around? I think it has everything to do with a good sob story. You see, after this week, we found out that our boyfriend Arie is weak. He wants to give everyone a chance and believes the best in people. What a dummy. Does he know he’s on a TV show that people pretty much go on to be Instagram famous and get paid for hawking Flat Tummy Tea? Chelsea and Arie hang on a yacht and go jet skiing and then she takes the time to tell him her sob story. She was married before and her wealthy husband left her for another woman leaving her to put all of her stuff in trash bags. Sad. He gives her the rose and they have a private concert.

The group date this week is bowling! How do they come up with this dates?! There are surprises around every corner. They split the girls into two teams and the blue team (featuring Krystal, Jenna’s drug habit, Old Becca, and some other girls too) win. As we’ve already discussed, Arie is weak and decided to let everyone join the evening festivities instead of just spending time with the winning team. Krystal was PISSED. Again, has she ever seen this show? Your Bachelor is never going to turn down time to make out with as many women as possible. Krystal allegedly cusses out the women on the bus back to the hotel and decides to throw a fit and not join the other women for the evening portion of the date. She thinks she is making progress when Arie comes to visit and he basically scolds her for being insane. Lauren B.’s good face get the rose tonight because she started asking the right questions when it comes to love… like how do you like your eggs.

Tia gets the second 1:1 date this week and they head backwoods for an experience that she literally has every day of the week. They go hunting for gators and hang out at a “cabin” (The term was used loosely) and talk about their lives. Tia seems to be one of the few people who can fit seamlessly into Arie’s life. She said as much in their date. Having the “I can move anywhere” conversation always pushes you up in the group rankings. She gets the rose and then we head to the evening.

Krystal spends most of her time fighting with the other girls about how she wasn’t wrong when she cussed them out and called Arie a liar earlier that week. Bekah dragged her, but Arie ended up giving her the rose.

Next week? Love in Paris!

TalkBoyTV: The Dynamic Duo On The Rise