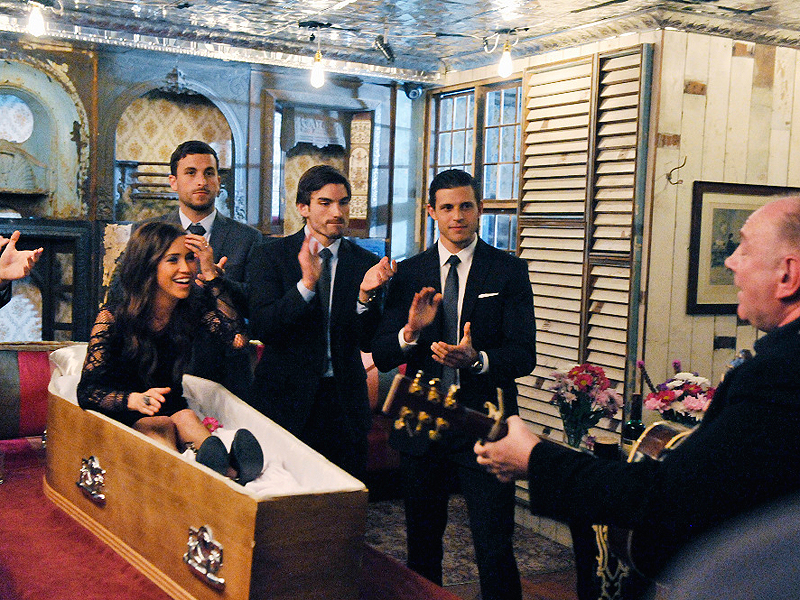 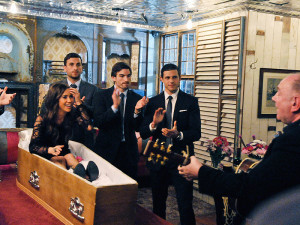 So it finally happened. Not to be outdone by a moment of feminism, The Bachelorette made its first (not to be confused by The Bachelor’s MANY indiscretions) foray into unsanctioned Pre-Fantasy Suite sex. The lead up to the biggest moment of the season was like watching a long car crash in slow motion. After finally having a rose ceremony and kicking off Ian after he read her to filth, Kaitlyn picked Nick V. (in front of all of the other guys no less) for her one-on-one date. As the other gentlemen seethed in the hotel, Kaitlyn and Nick V. took their foreplay to the streets of Dublin before finally settling on consummating their love by “watching a movie” at Kaitlyn’s place. The morning after, Kaitlyn is worried about Nick telling the guys about their tryst, and boy, did he ever NOT tell them that he didn’t NOT have an INTIMATE [air quotes] “CHAT” with Kaitlyn in her HOTEL ROOM. He might as well have shouted it from the peak of Carrauntoohil.

Meanwhile, Kaitlyn makes the rest of the guys and Shawn B. suffer through another lame group date while Joe and JJ wait for the dreaded two-on-one date where one guy goes home. Shawn B., refusing to use his 11% in the right way, has a meltdown on the group date and attempts to drunkenly confront Kaitlyn about why he isn’t getting all of her attention, but we cut to black! Next week, do we think Kaitlyn tells the guys about Nick V. putting it in or does Shawn B. walk away and decides he wants to be with me instead?

Fetty Wap at the Hollywood Palladium