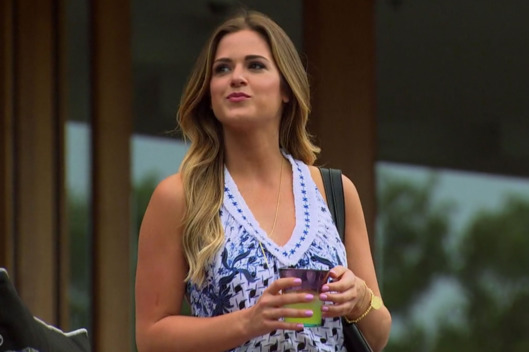 And just when we thought JoJo was a sane human being.

Whenever episodes of The Bachelorette start on a cliff hanger, it makes me angrier than hell. We have to wait a whole week to process our feelings hoping and waiting for our intended to actually choose the right person. When that doesn’t happen, I am even more upset! I had all of those feelings for nothing and then I still have to sit through an entire episode and a second rose ceremony with someone I don’t even like.

I say all that to say, at the head of this episode we lost the king of all kings, Luke. When JoJo mentioned casually (in a VO by the way) that she was planning on getting rid of Luke, I thought she was actually kidding. I mean, this guy has all of the trappings of this so called “unicorn” she is looking for. He is handsome, a simple farmer, kind, older, mature… these sound like the things a woman would be looking for in a partner. Sure he didn’t explicitly say he loved her, but I we all knew he was a grade A bae. Once he gave JoJo what she wanted, his vulnerability in his final moments wasn’t enough. His shock and heartbreak as he was sent home was hard to watch. He could barely put a sentence together. He couldn’t believe it, and neither did I. The question remains, will Luke’s heartbreak be enough to solidify him as the next Bachelor? Will he actually want to do it?

We then head to Thailand (again with Thailand, Bachelor producers?) where Robbie, Jordan and Chase all get their chance to have a bit of under the pants dance with JoJo. Robbie “get first dibs” after walking around a market in the ancient city. Even after Robbie who assures JoJo that he isn’t involved with his ex-girlfriend for the millionth time, she believes him and sends him to the Fantasy Suite.

Jordan gets a major pass from JoJo in a less than surprising turn of events. She asks him on their date what his life would be like in the next year and he says, “I don’t know.” Wait… you don’t know what you will be doing a year from now? How is that possible? That’s a pretty straight forward concept and if your potential future husband can’t give you an answer, that spells red flag. JoJo lets him off easy because she is still holding on to the idea that she might be tangentially famous because of Jordan’s brother.

Then we get to Chase. After an amazing hometown and an incredible date in Thailand, Chase was feeling himself. He was loose and fun — a side we have never seen from him before. Even JoJo was surprised with his attitude. This should be an EASY decision. WRONG. Chase drops his first ever L-Bomb on national television and JoJo says, “Thanks but no thanks.” The break-up that followed was the worst since Des and Brooks 20 minute tear fest from a few seasons ago.

Coming up tomorrow — The Men Tell All and next week we see which of these losers JoJo decides to spend her life with. We will miss you Chase and #LukeforBachelor.

Time For A Lifestyle Overhaul?