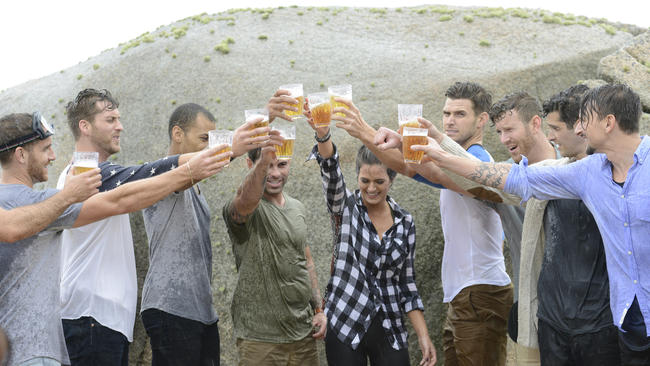 Even though I wasn’t around for this episode, it is still super important for us to talk about what happened on the thing that is this show. On this week of The Bachelorette, we are now able to move on from The Chad and start getting to know some of the other guys. PSYCHE! Now all of the guys are fighting with one another and since we didn’t “technically” have a rose ceremony this week, we really cut some of the fat off of the group this week. We lost Grant, Vinny, Daniel, and Evan. Somehow all of these guys also cried when they got kicked off. But wait, she just not that into you. Please don’t cry over this.

This episode, the guys gang up on Derek for asking for validation, because what bro needs validation from other people? Not me, bro! Meanwhile, Vinny sets up a pop-up barber shop in Uruguay and starts cutting hairs for the gods and somehow a current issue of Us Weekly shows up. How convenient that a group of 26 people who are handled by about 13 people whose only goal is cut them off completely from society found a magazine. And a current magazine at that. The boys read a cover story about the OTHER Chad, JoJo’s ex, who wrote a tell all about their relationship and how she wasn’t on the show for “the right reasons.” I let out a heavy sigh and waited for the manufactured fireworks to go off. The guys get riled up and JoJo is forced to explain her ex’s behavior. With all of the drama, it doesn’t seem like the guys have much more to say about the article other than guys who are named Chad are just the worst!

1:1 dates this week include Robby who kind of came out of nowhere. I am not at all sure what JoJo sees in him. He is way too tan and would never be able to hold his own with JoJo’s brothers. They would eat him alive.

Many thanks to our pal Kurtis who filled in for me this week. It was an amazing show. See you next week friends.

Not Everyone Is Going To Like You. And That’s Okay.

Fitalicious_Me x Give Me Mora