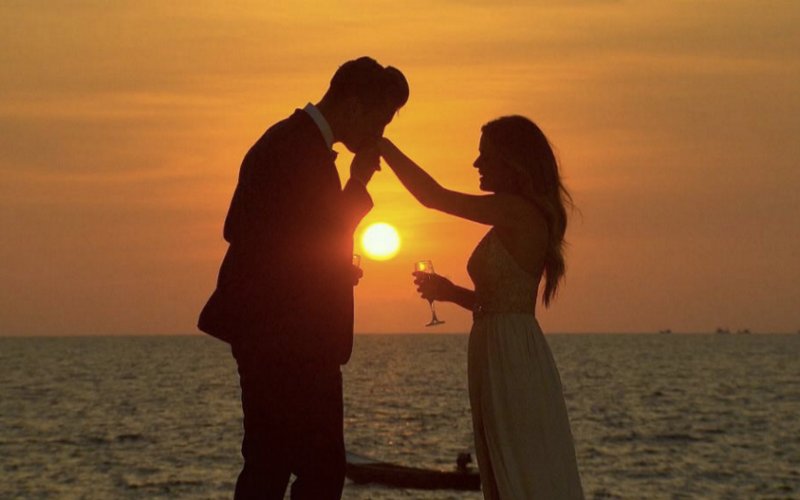 Last night on The Bachelorette, we make it to the end of the road and our girl JoJo picked the “unemployed” former NFL Quarterback, Jordan Rodgers. Oh girl.

So let’s recap this thing, shall we? JoJo’s family joins us in Thailand to meet the lesser of her two evils before she makes her final decision. First, they meet Jordan who is all fun and games and laying it on thick. He spends his time trying to be pals with a pretty serious bunch of people. When the opportunity presents itself for him to ask JoJo’s parents to marry her, he chokes. Or he doesn’t choke, he just doesn’t ask them because he actually doesn’t want to marry her. When JoJo’s mom threw out the big question, “Promise me that you will never hurt Joelle.” He didn’t know what to say. The hesitation in his voice was like the shot heard round the world. Talk about a red flag.

Then Robby gets his chance to met the family. He nailed the interview and asked her parents for her hand in marriage. The family loved him. No problems, right? WRONG. JoJo still can’t stop thinking about Jordan. Even when she finds out that he never asked her family to propose to her, which was a huge deal for her, she still is torn over who to pick. Frankly, it doesn’t seem like that hard of a decision to make. When it comes to someone who is husband material, Robby is the kind of guy who wants to make it work. The guy who wants to have children with you and love and honor you. Jordan on the other hand is the kind of guy who loves himself more than anyone else. She will never be able to fix him.

We get to After the Final Rose and we see the aftermath that is Robby. Clearly he has taken his feelings out on his teeth and is still distraught over his failed relationship with JoJo. She made the claim that though they were in love, they weren’t friends. WHAT? Still making no sense, we get to finally see JoJo with her intended, Jordan. They muse about the challenges of their relationship while JoJo looks on; frustrated, annoyed, and hating the person she chose while he speaks for her. I give them 6 months. And that is generous.

See you for Bachelor in Paradise everyone … More Chad (groan) and more Wells (yea!).

My Love Letter To The Last Decade