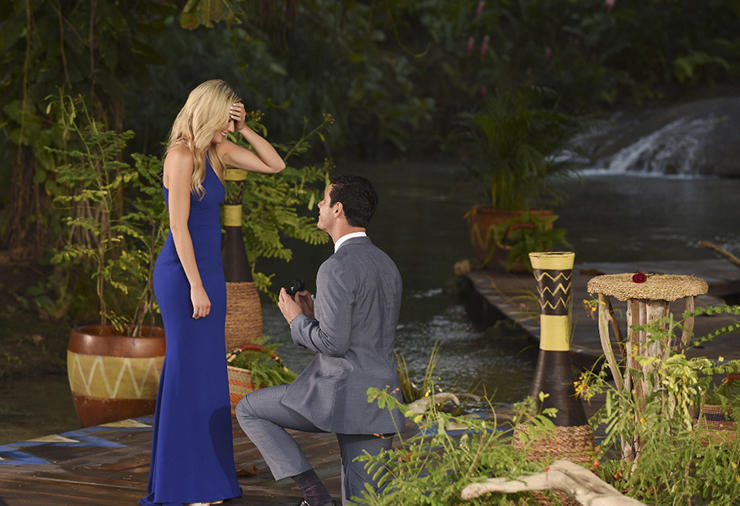 It’s finally over and its the same outcome we thought would happen from day one. On the finale of The Bachelor, we aka just me went through a roller coaster of emotions as the producers forced me to fall in love with JoJo and simultaneously hate Lauren across the span of 3 hours. Those bastards. I don’t think I realized how much I loved JoJo and wanted the best for her until the moment that the finale began. I had a clear desire for her to win. I was drawn to her comfortable relationship with Ben Higgins and how hard it was for the two of them to get through the process together. She was real and never seemed like she was putting on a face in front of the cameras. She was ride or die from the beginning and she was her truest self from day one.

Anyone think it’s weird that when the final two contestants get to the end of the process they stop saying the other person’s name? I mean… you can say JoJo’s name Lauren. She’s not dead.

First, the girls were tasked to meet the parents. When Lauren met The Higgins’ they seemed apprehensive to like her. Either it was playful editing by the producers, but they didn’t see anything real in Lauren. When Ben’s dad said, “Lauren’s very polished,” there was some trepedation in his words. Calling someone polished is code for “fake.” Could Leah have been right all along? Was Lauren B. being her true self with The Higgins’? Even Ben’s mom, who seems to be a pretty chill lady, was very clear on explaining Ben’s red flags to Lauren. A sign that mom doesn’t trust Lauren to understand her son.

Then came JoJo who nailed her meeting with the parents. Mom gravitated to her description of Ben as “her best friend” and how well JoJo knew her son. I mean… who wouldn’t love that? Ben’s dad probably loved JoJo’s romper as much as I did. Ben’s hands and kisses lingered on JoJo as though she had this thing on lock. What could possibly go wrong? 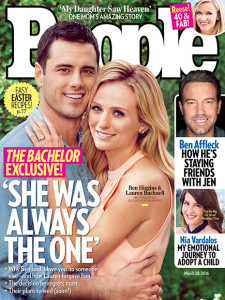 Ben, Lauren B. and their 4+ carat ring on the cover of People Magazine this week. I don’t know who’s face that is, but it looks like she has Amy Adam’s retoucher.

After their two last solo dates we see Ben wrestle with his feelings for both ladies. Ben thinks Lauren B. is too perfect, but JoJo on the other hand shoots herself in the foot and pushes our boy to tell her that he is in love with both of them. Something that he hasn’t told Lauren, but felt the need to tell JoJo when pressured. The cameras are never off and he flat out lied to JoJo about who knew what about Love Gate 2016. I don’t know why I thought Ben would be better than that, but I think his need to be loved trumped his need to be honest in this situation.

In the end, Ben proposed to Lauren B. Ben said he really did love JoJo, but I guess it wasn’t enough to push her over the edge to win against Lauren B. On some level Ben probably thinks that perfection is to be valued over a real deep relationship built on friendship. I don’t think he is friends with Lauren B. I think he worships her and when hero worship takes precedence in your relationship, things can only end badly.

On After the Final Rose, the new Higgins are happy, but the real star of the show is our girl JoJo! She is now The Bachelorette. Thank god we don’t have to sit through a season of Caila as we once believed. Thanks for nothing US Weekly. JoJo came out looking like a sex goddess with perfect hair and makeup, while Lauren looked like frump went to Neiman’s and splurged. Do we think JoJo will have a wide range of bros on this season or will we still be burdened with society’s bottom barrel? Will someone from her past (the infamous Chad, maybe?) come back to haunt her? How will the producers troll us this time around by bringing in a former contestant to try to win her heart?

Thanks for listening everyone and see you this fall!

25 to Life: Hannah Be Amazing