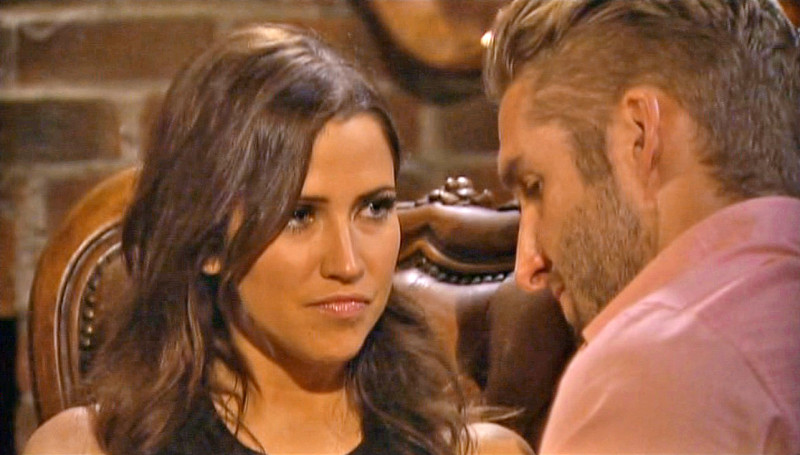 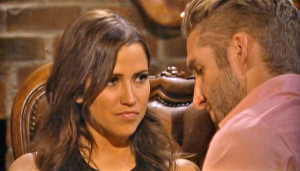 Katilyn’s conturing game is on fleek as she breaks the news to Shawn B.

In this week’s episode of The Bachelorette, we spend most of the two hours of the show separating the boys from the men. Once Chris Harrison approached Kaitlyn last week telling her that she needed to “woman up” and start throwing off these guys who don’t need to be here, Kaitlyn started removing the fat from her Irish ham. In this episode we lost Jared and our #25toLife favorite, Joe. Both goodbyes were a little bit awkward and weird, but what would the show be without some strangeness.

After an amazing, award winning date with Ben H., Kaitlyn spent the rest of the evening ripping apart her insides trying to figure out how she was going to tell Shawn (and only Shawn) that she had sex with Nick. After hearing the bomb drop, a hush fell over the room. You could have heard a pin drop in that room it was so quiet. After a long visit to the bathroom for a tense piss, Shawn decided to man up and deal with Kaitlyn’s indiscretions as we move on to the fantasy suites where Ben H, Nick V. and Shawn B. are all invited to have sex with Kaitlyn on their own time. The problem is that while Ben is here for our girl, Nick V. and Shawn B. seem to be more focused on how much they hate each other. Will the two boys come to fisticuffs and will Kaitlyn realize that Ben H is the only choice at the end of this whole thing?

Reframing Your Mental Clarity and Mindfulness With Meditation