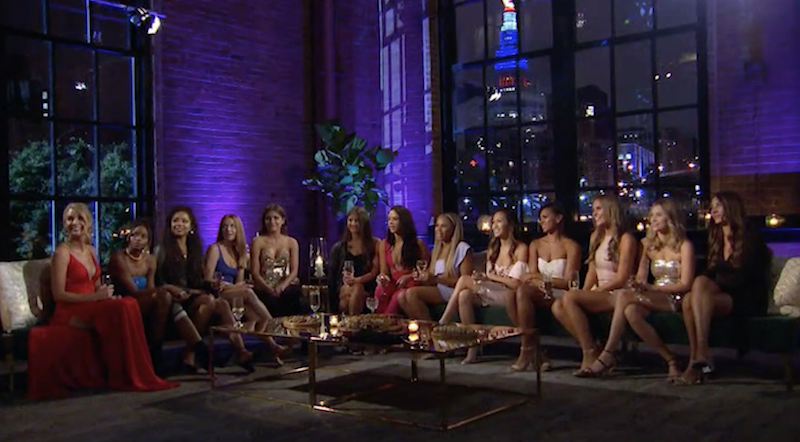 Hi People! We’re back on this week’s episode of The Bachelor, paid for by the city of Cleveland, Ohio!

The girls are fighting… again! Peter has decided that this is the week we start traveling, but the problem is that he hasn’t actually spent the time with most of the women on this show. Chris Harrison announces to the ladies that they are headed to Ohio. As someone who is from Ohio, I wouldn’t wish this on anyone. Not even my grad school nemesis.

Victoria F and her Ex

The first 1:1 date stars Victoria F. (who we hate, remember) and she thinks the producers are going to play on her greatest fears. Little did she know that she was exactly right about that! She first exclaimed that she was afraid of flying (I wonder how she got to Ohio from LA?!) right before Peter flew her to Sandusky. Then they get to Cedar Point and Victoria says she’s afraid of roller coasters. Later she exclaimed that she’s afraid of private concerts because who shows up on her date, but her ex boyfriend country star Chase Reid. WHAT!? He had no knowledge who he was performing for and of course The Bachelor and his date had no idea that the private concert was getting ready to happen. Victoria was mortified. She didn’t end up telling Peter about her previous relationship until later in the evening. She said she didn’t want to ruin his day. He’s going to take that as her being sweet, but I don’t think that was her intention. She just didn’t want to get in trouble or kicked off the show. Peter says he doesn’t care about her past and gives her the rose.

The group date for this week landed at Brown’s Stadium where the ladies suit up and do some football drills. This is a classic physical challenge date, but that isn’t even the best part. The challenge ends in a tie and that means all of the girls get to go to the evening date. That’s thirteen girls on one group date. As the girls argue about fighting for time for Peter, in walks in our favorite person… Alayah. How did she get from her home in Texas to Cleveland, Ohio?! Who told her where everyone would be? Who told her to make sure she re-packed her bags just in case Peter asked her to stay? Fun fact: It rhymes with seducer. Peter is so confused by the relationship between Alayah and Victoria P. and how they knew (or didn’t know) each other from before the show. Who is telling the truth and who does he actually trust? Instead of listening to his gut, he brings Alayah back to the house and no one is excited about it. After running around on a football field all day, Peter gave a rose to a woman who wasn’t even on the date.

Later, Kelsey had her 1:1 date and the people gathered for the cocktail party from H E L L. Alayah has spilled the beans to the other ladies about Victoria F.’s famous ex, two of the few black women left on the show drag Peter to filth in front of everyone, and front runner Victoria P. decided she’s going to put her foot down about this whole situation through her tears. The ladies start digging into Peter (and for the right reasons)and we get a to be continued…

What will we see when we travel next week? Maybe Peter will finally slice his face open!?

Going After The Things You Want