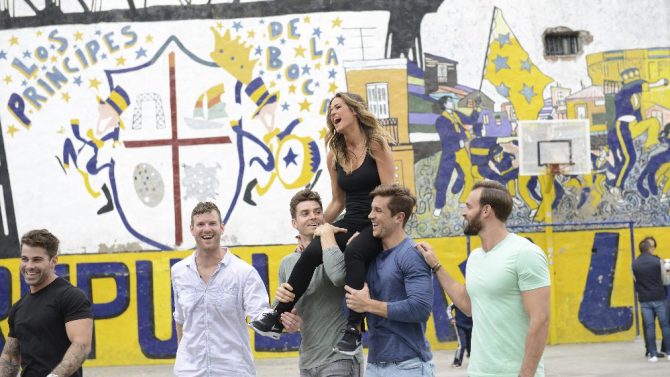 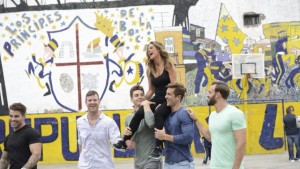 The fellas put JoJo on a pedestal in Argentina as things slowly start to implode for her season.

After a hellish week in Argentina, we made some devastating cuts from The Bachelorette. We have gotten to the point where the guys are so close to hometowns they can taste it. I have also reached the halfway point in the series where I start to hate The Bachelor or Bachelorette. Its usually inevitible. Slowly but surely the decisions that our title character makes in this madness start to make me think twice about their skills as a leader and as someone who actually deserves to be in a relationship with a human person. The casualty of JoJo’s poor decision making this week was our sweet prince, Wells Adams.

We start the episode with the guys bagging on Wells for still not kissing JoJo yet. Now for most of us, not kissing someone isn’t too much of an issue. Things take time. On a show like The Bachelor/ette however, moving slowly is the kiss (see what I did there?) of death for a contestant. Imaginary points are given to the guys who “open up” and are “vulnerable” the fastest. It doesn’t pay off to slowly allow someone to get to know you like you would in real life when you only have 8 weeks to find your soulmate! Wells stated that he wasn’t worried about not kissing JoJo. He wanted their first kiss to be a moment. He wanted it to be something special. When the time actually happened, JoJo didn’t look like she was much into it and at the end of the evening, she let Wells go. In one fail swoop she solidified that she wasn’t looking for a unicorn who was a genuine human person. She was looking for a dopey bro who prefers to make out over the sensitive modern man. We will miss you Wells. Also, call me.

This week gave us a first, a second 2:1 date in one season. This time the show pitted Chase and Derek against one another. Once again, JoJo went for the All-American quarterback, Chase who couldn’t put a sentence together if you paid him over the seemingly deep Derek. He even cried in the car ride home which seemed a little dramatic. Derek will be fine once the embarrassment of crying on national TV goes to the bottom of the news cycle. During the group date, James Taylor decided to use his percent to throw front runner Jordan under the short bus (huge mistake) and Luke got to 3rd base.

Only a few more episodes left and Hometowns are in 2 weeks. How much do you want to bet that Aaron Rodgers and Olivia Munn will NOT be there to meet JoJo?

A Tribute To One Of The Greatest…