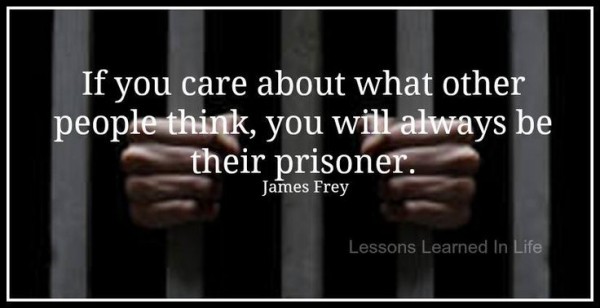 How are you liking the new layout?! With the relaunch, I promised I would get even more personal on here so I’m going to get into something for MORAvational Monday that has really been on the forefront of my mind lately because I’ve been so focused on a little thing called happiness…

Caring About What People Think

Up until I was 21, I really could have cared less what people might have thought about me. I don’t know what changed, but as soon as it did, a big chunk my happiness went away with it.

While I might have gone against some cultural “norms” being a Persian Jewish girl (or as I like to say it, a JAPP) living in Los Angeles, I still struggled with teetering across the lines of what would be appropriate and not based on community standards.

What will people think if I do this? How will it make my family look? Will people judge me or think I’m something I’m not?

The inner dialogue has been constant. And consuming, if we are being honest here.

I grew up in a household where my parents were more modern and “American” than most, but a traditional community surrounded me. Thus, I felt like sometimes I lived a double life. It became a battle and sometimes, I just wanted to forfeit the fight.

As a blogger, as a TV Personality and host, my job is to be authentic and speak my truth. My job is to be me. If I’m in my head or worried about how I look or come off, then I’m not giving you as the viewer, the ultimate experience. Somewhere along the way, I let everything get in my head. And my work has reflected that. My life has reflected it. I was, for a bit, not living for me, but rather for what everyone else. And that’s really no way to live.

Just like you, I am human. It’s only natural to want to be liked and accepted.

But I couldn’t’ help thinking about what people would think if I shared xyz story…would they still like me?

The truth of the matter is, that thought process was started to deter me from my happiness. I didn’t want to live for anyone else anymore except for myself. At the end of the day, I don’t go to bed with anyone but myself. So really, the only person I need to worry about right now, is me.

And to be honest, it’s kind of selfish and narcississtic to think anyone really cares that much about what I’m doing or the decisions I’m making. If you do, maybe you should find a new hobby ’cause NO ONE is that interesting. Except for Beyonce.

I stopped the worrying and starting living. For the first time since I was in college, I was doing what I wanted, on my own freaking terms. Some people may not agree with my decisions or like it, but it’s been a few years since I’ve found myself this happiness.

Do what you want. Live the life that you want. Be whoever the fuck it is you want to be. Post that photo on Instagram that you’re too scared to. Say how you feel when you’re feeling it. Live your truth.

I call it the happiness diet.

And it doesn’t cost a freaking thing.

25 to Life: Hannah Be Alone

25 to Life: Getting There