Change Is A Hard Pill To Swallow 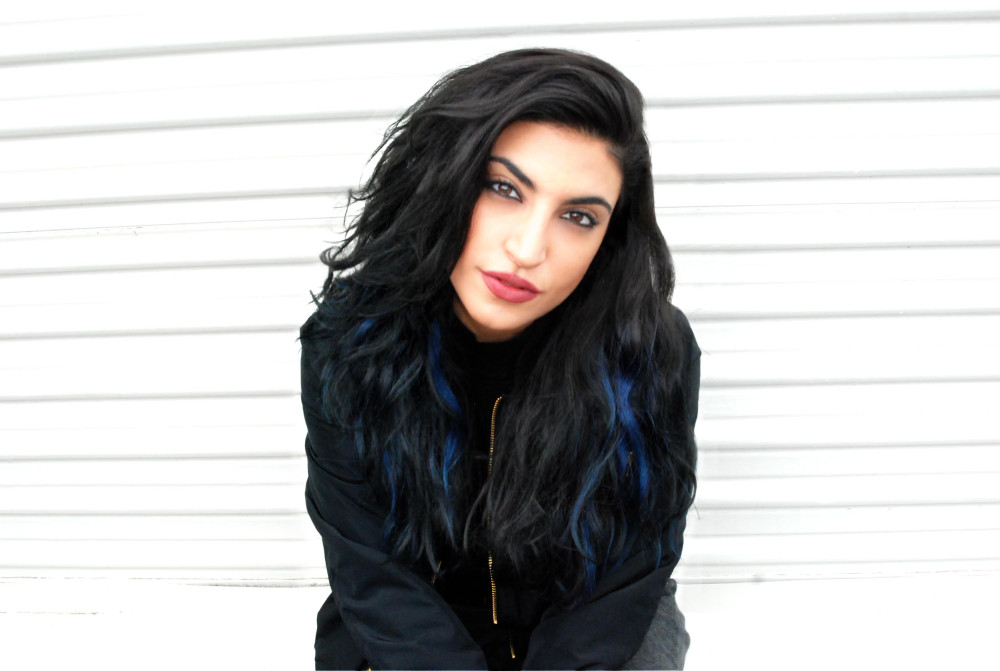 Have you ever been in that place where absolutely nothing is going right and it feels like no matter how hard you fight or try to stay positive… it just doesn’t work?
That was summer 2015 – 2016 for me.

I lost my cousin who was like an older brother to me in a tragic jet-ski accident where he went missing for 7 weeks before they even found him. [[ How could something so awful happen to my family? My cousin was young, successful, generous, kind, and full of life. How can someone like that just cease to exist? ]]

I came to a crossroads with my job that forced me to leave the company after almost a decade of working there. [[ What was I supposed to do with my career? My work foundation started at the ripe age of 12 street teaming for bands, I moved on to working for a major label by the age of 18, had traveled to over 75 cities on various global tours by age 23, and I was running an independent record label by the age of 25. Needless to say… not having a job is something I did not know how to handle. ]]

All the while, my three and a half year relationship was slowly, but surely crumbling. [[ Why couldn’t I make my relationship work? How was it possible for him to have changed so much? Where did the love go?
He lost himself and I tried everything to help him find happiness again, even in the midst of my own problems. He said a lot of things he shouldn’t have, he wasn’t there when I needed him, and he treated me like I was second-rate for way longer than I ever should have let him. Yet, I still fought with everything I had to make it work. ]]

There was so much I didn’t understand.

I was broken and for the first time in my life, I didn’t know how to fix it. I was being hit from every angle and I couldn’t control a damn thing. It felt like there was an angry, dark cloud over my head that just wouldn’t go away. 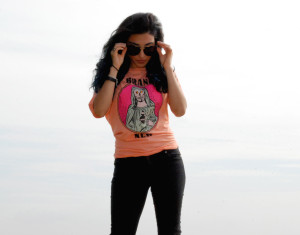 In the time leading up to the demise of my relationship, I could barely eat, I couldn’t sleep, and on the off-chance that I actually did fall asleep, I would wake up shortly after in a cold sweat, with my heart beating out of my chest.

I took a trip to Palm Springs with Nic to unwind but ended up having a mental breakdown there instead. I felt like I was sinking in quicksand — the more I kicked and screamed, the faster I was going down. I was hanging on to baggage that was just dead weight and I was refusing to let go.

Point blank: I was afraid of change.

Against everyone’s advice, I decided to give the relationship one last shot. It was all I had left and I didn’t want to give up. I got back from the Palm Springs trip and poured my heart out to him. I told him everything I was missing, told him I was willing to compromise on things we disagreed on, and I pushed for a mutual effort to make it work.

Well… just about a week later, I realized that nothing had changed. And quite frankly, nothing was going to change. I had tried SO hard to bend and mold myself to fix the relationship and yet he still didn’t get it.

I literally woke up one morning and it hit me:
Why in the world was I begging someone to love me?

Truth be told, I felt kind of dumb and really naive for trying so hard to make it work, but I don’t regret fighting for it. I stayed true to myself and I was able to walk away knowing I left no stone unturned.

I finally said: “I deserve better.”

I flat out told him:
I want someone who wants to build an empire with me.
Someone who pushes me to grow and helps me through rough patches.
Kisses me on the forehead and makes me feel safe in his arms.
Makes me his number one but also, lets me take care of him.
Someone who isn’t afraid of my love and understands/enjoys my quirkiness.

Most importantly, I want someone that will be my teammate through thick and thin, because I’ll sure as hell be his.

And with that conversation, I was officially done.

After I was forced to exit my relationship stage right (sorry, theatre geek here), I was at the lowest of my lows, but at the same time, a huge weight had been lifted off of my shoulders.
Instead of working on healing after the death of my cousin, I had poured myself into my thankless relationship and into my overwhelming job. I was giving every ounce of myself and getting nothing in return.
It was when I didn’t have those distractions anymore that I was pushed into finally taking care of myself.
With the support of my incredible friends and family, I picked myself back up. I changed my atmosphere; Every day, I would get up, get dressed, and leave the house. Whether it was to go on a walk with a friend, or to go to the library, a park, a coffee shop — it didn’t matter. I just knew that I had to keep going.
It was time to physically make a change and I was the only one that would be able to make it happen.
Six years ago, I studied abroad for five months in London and absolutely fell in love with that city. Ever since I returned to Los Angeles from that trip, I had wanted to go back but I was always either too busy or too tired.

I had savings I had always been too afraid to ever dip into, I needed to clear my head from my breakup, I had no job obligations to answer to, and I had found a roundtrip ticket for a great price.

I pulled the trigger and booked my trip for a full 31 days in London, packed my bags, and left town.
Best. Decision. Ever.
I never read ‘Eat, Pray, Love’ but I feel like I definitely lived it.
When I got on the plane, I told myself I would leave all my emotional baggage on the LAX runway and never look back. 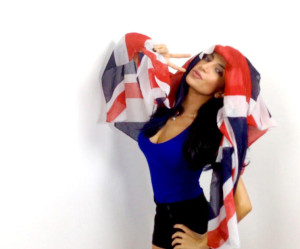 I arrived in London and for the first time in what felt like ages, I let myself live. I started a journal and went somewhere new every day to write in it. In this time, I realized that I had been neglecting the most important relationship in my life — the one I have with myself!
My love is valuable. And when I love, I love hard. I’m ride or die through and through. I’m very proud of this aspect of who I am but what I figured out is that this doesn’t mean I can’t draw a line.
If the people/things I’m pouring my love into aren’t giving it back or even appreciating it for that matter, I’m only hurting myself by continuing to give it.

If I don’t value what I bring to the table, why should anyone else?

It is not okay for things to be one-sided. A healthy relationship (work, love, friends, etc.) is one where it’s mutually beneficial. It’s important that effort is appreciated amongst all parties involved.
This concept isn’t new to me, but for the first time in my life, I actually put it into effect.
I shouldn’t be afraid to ask for what I want (closed mouths don’t get fed) and I definitely shouldn’t have to beg someone to appreciate what I’m giving them.
If they can’t grasp my worth, I need to walk away. No matter how much it hurts.
When I flipped my mindset and kicked this attitude into full gear… everything changed.
Once I let go of what was (unknowingly) holding me back, things started to fall into place.
Side projects I had been working on started coming to fruition, I was seeing much more of my friends/family, and by complete happenstance, my path crossed with someone I had met years ago… someone I had definitely felt an immediate connection with but the timing just wasn’t right then.

Life is funny. Timing is hilarious. 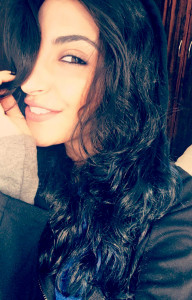 I am a stronger woman today because of what I went through and I’m not scared of change anymore. If I hadn’t been dragged through the mud in my last relationship, I wouldn’t know the beauty and strength of my current relationship — he’s incredible and that’s an understatement.
And although I haven’t locked down my next big career move yet, I’ve been happy working on my passion projects and building them up, knowing an incredible opportunity is right around the corner.
At the end of the day,
I feel like it’s all one big 1000-piece puzzle.
Sometimes you put all the little pieces together, only to realize some of them are missing or in the wrong place. It’s annoying to have to go back and re-do certain areas, but once it all finally comes together, it feels pretty damn good.
xo, Sali
Instagram | Twitter
Array Views
Other posts