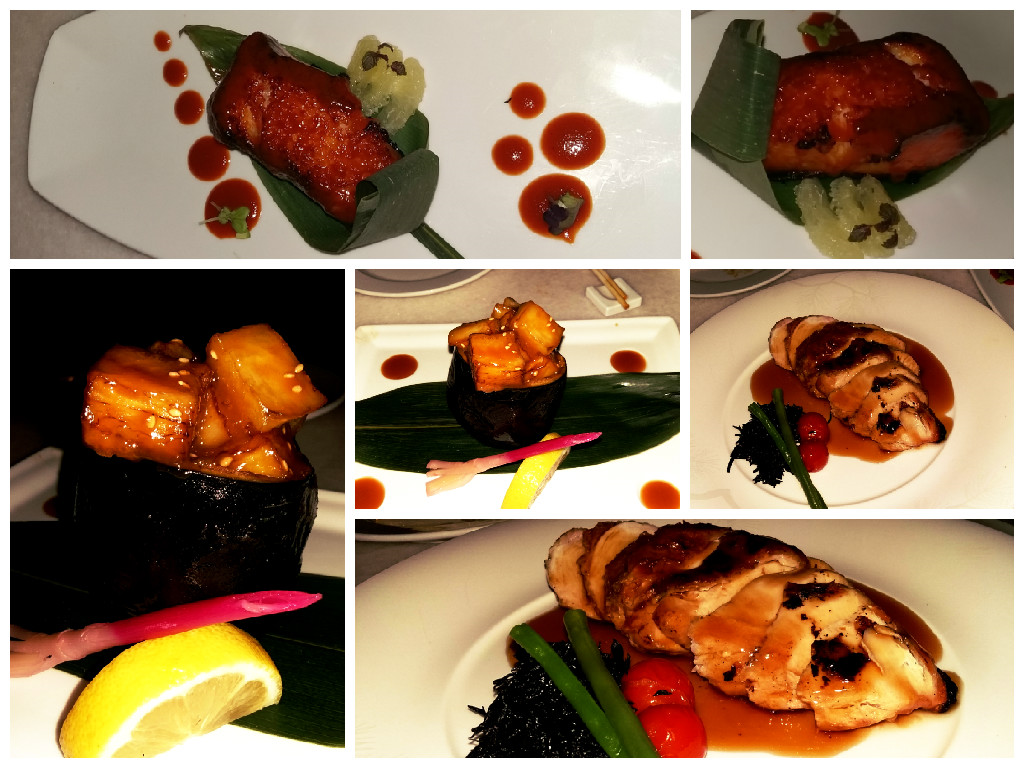 I can honestly say that I was star struck when it came to meeting the famous Nobu Matsuhisa. The more I thought about it, the more I realised how amazing he really is; his take on Fusion Cuisine is unique, creative, and fascinating. Nobu Matsuhisa had to source his ingredients carefully when he started out as a chef, and from that has developed his own way to create the most delicious dishes.

I met Nobu Matsuhisa in Mykonos during the 12th Nobu Food Festival. He spent four days in Greece, and for some of this time he was cooking in his Matsuhisa restaurant at the Belvedere Hotel. Knowing Nobu was in the kitchen I couldn’t resist booking a table at Matsuhisa for dinner! 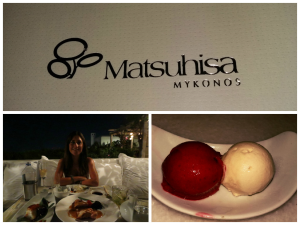 The cocktails were tasty and the food was exceptional, meaning we were satisfied with our meal and left wanting more. My favourite dish of the evening was the Nasu (Eggplant) Miso; perfectly cooked and flavoured. The presentation did not go unnoticed either!

We ordered a selection of dishes, so we could sample a bit of everything. We had: 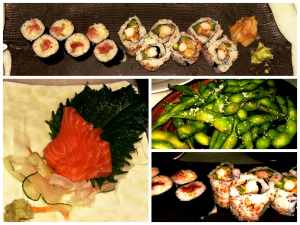 I am lucky enough to have been to Nobu Matsuhisa’s restaurants in different parts of the world (London, Malibu, Dubai, and now Mykonos) and can honestly say this was my favourite. It was very different to the others, which is what I liked most about it. The setting was beautiful, and the atmosphere was relaxing. If you find yourself in Mykonos I would recommend making a reservation here. Although the food is not traditional Greek it is certainly worth it! 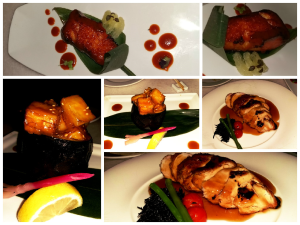 After dinner I HAD to meet Nobu Matsuhisa. I asked the hotel manager if this would be possible, and he said it would be his pleasure. We decided to buy the Nobu West Cookbook to have signed, and were then introduced to Nobu.

Humble, friendly, funny, and kind. Can’t get better than that!

We chatted for a while about food, London, and Mykonos. Nobu then kindly signed our cookbook, writing that we should always cook with our hearts. We had a couple of photos with him and then left him to his evening. It was an honour to be in Nobu Matsuhisa’s company, and the perfect way to meet such a great restaurateur. 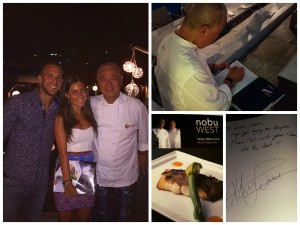 I will be trying out some of the Nobu West recipes in the next few weeks, so watch this space as I will certainly be sharing them with you. In the meantime I will leave you with the same message that Nobu left me with: always cook with your heart!

The Trials of Turning Your Passion Into A Paycheck

Mallorca: The Island In Spain You HAVE To Visit

Why Living In Darkness Is Sometimes Easier