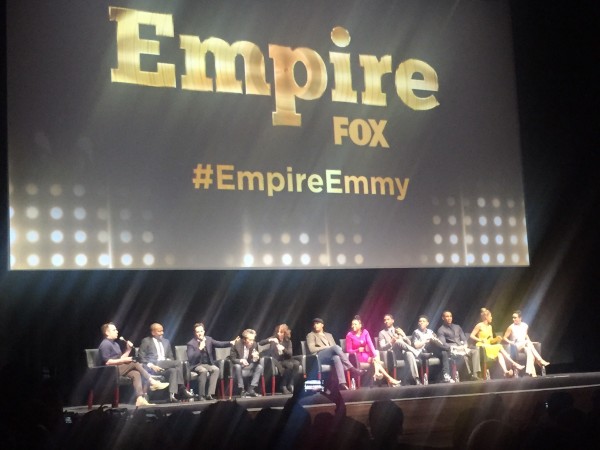 Okay so first off, let me just say that I TOLD Y’ALL!!! Did I not tell you Empire would be the best new show of the year? Please reference here. 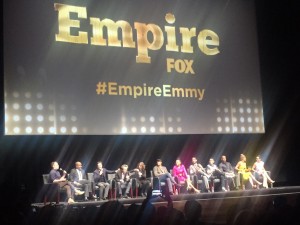 Now that that’s settled, I can get to the good stuff! For 9 weeks the ratings for Empire have been getting bigger and bigger. I’m not surprised, but everyone else seems to be. COME ON PEOPLE, let’s get with the program here! Anyone who has seen an episode is an instant-fan which turns into them telling their friends to tune in and BAM. I happen to be one of these fans who forces every person she’s ever met to watch the show. Yeah, you’re welcome FOX – I’ve probably brought you in over 100,000 viewers just by blabbing away about how everyone needs to see this genius of a show.

Last night my dreams came true and I had the opportunity to attend the Empire For Your Consideration Emmy Panel, or if you follow me on Twitter, #EmpireEmmy. I actually was so scared to tell anyone and jinx it. True story. But anyways, we made our way downtown (in the middle of Obama traffic), and the line was already around the corner! People were lining up from two hours before. Thank God for Academy members and friends we made in the process. 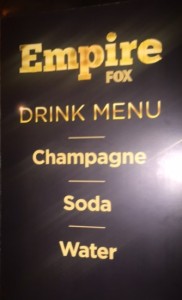 I’m actually still high off of life from the night. Here’s a play by play:

We all packed into the theatre of the Ace Hotel where there was free champagne, soda, water & popcorn. Once we are all seated, we welcome the host for the evening who then introduces Taraji P. Henson. So, I’m like already dying at this point. Only to start dying some more once we all learn that Jussie Smollett and Bryshere Gray are giving us all a surprise performance.

Jussie and Bryshere sang “You’re So Beautiful” and “No Apologies.” The crowd obviously went wild and I’m sitting in my chair not knowing whether to cry or jump for joy because I am just so happy. You guys. When I tell you I’ve never in my life been a psycho fan-girl, I mean it. Until last night. I had second-hand embarrassment for myself!

After the little show we had, we were shown the first half of the 2-hour season finale. KILL ME NOW. It was so good. SO freaking good. But just a heads up, I’m expecting there will be a ton of commercials for when it airs live on Wednesday. I’m sure you could look up some spoilers 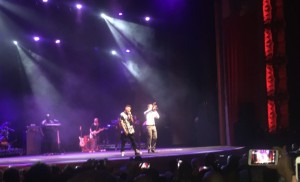 online from the rude people in front of me who were videotaping it so they could get over a million Youtube clicks and make some easy cash, but just wait to watch it next week and you won’t be disappointed.

Just when I thought it couldn’t get any better, the entire cast comes out plus the 4 executive producers on the show. I have never seen such crazy energy in the room – and I’ve been in a lot of rooms with powerful people. What I loved the most is how much the cast genuinely and whole heartedly love each other. They really do act like a family and you can see how much fun they have together. Not sure what Taraji and Terrance Howard were whispering to each other during the panel discussions, but maybe they were talking about the new Rolex’s the cast just got from FOX. Hey FOX, I’d like one too for helping you with those ratings, FYI. The chemistry between Taraji and Terrance was electric and it is no surprise as to why they are the absolute perfect pairing. I’m not going to rehash everything they said 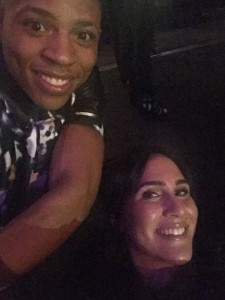 because I live-tweeted the best parts and you can click on the hashtag to live through the audience. And if you follow me on Snapchat (@NicMora), you can see videos of the performances + a video of Trai Byers (Andre Lyon) singing. You don’t want to miss it.

After the panel discussion everyone fled the stage — and I’m talking about people trampling over each other — to take photos and get signed memorabilia. It was mayhem. Luckily I didn’t really need to deal with that but I stood in the crowd getting pushed around for maybe 2 seconds and wanted to punch someone. I may be a fan-girl when it comes to Empire, but I’m not a crazy psycho who brings 30 photos to get signed so I can sell them on Ebay. Let’s have some dignity, shall we? Also, when you’re through taking your photos, kindly get out of the way and have some respect! Jesus, the lack of etiquette I witnessed was insane.

I have to commend the entire cast for their graciousness after the panel. Jussie and 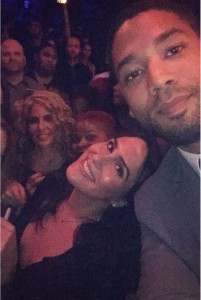 Bryshere took photos and signed autographs for every single fan. I’m not kidding. They were some of the nicest people I’ve met in this industry so far, and also some of the most talented. I seriously want to hang out with them all freaking day long.

After we escaped the madness and made our way to exit, were given a package of cookies. Get it? If you don’t then you’re not a real fan.

My magical night came to an end and I still am not over it. Best Emmy panel I’ve ever been to – and I’ve been to quite a few amazing ones.