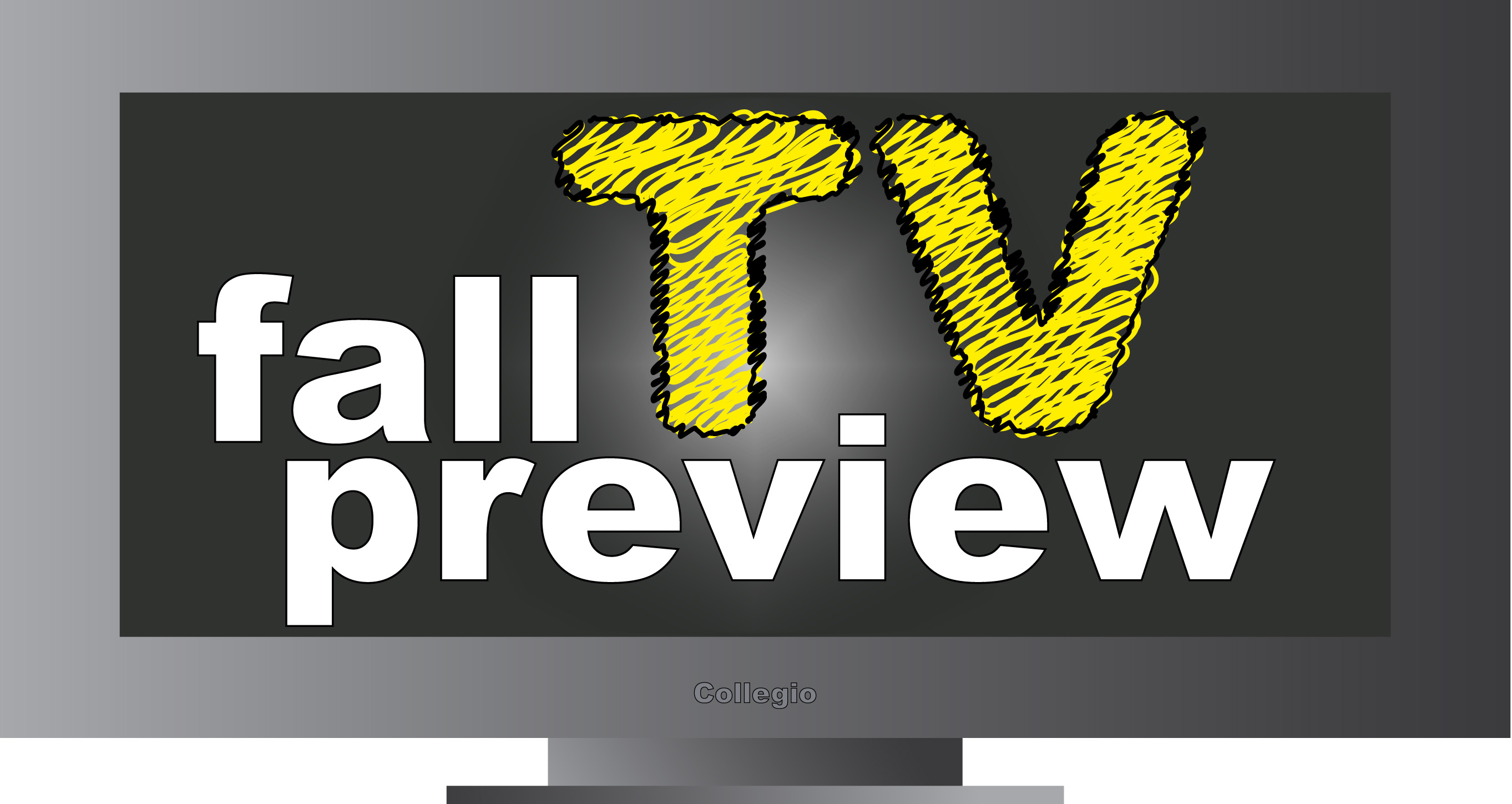 Don’t know which new TV shows to get into? Not to worry, I’ve watched most of the pilots (please excuse me for not being able to get through like 50 shows) and am here to tell you the ones worth watching.

If you know me, you know saying I’m OBSESSED with TV is probably an understatement. It’s quite possible I chose working in TV as my career as an excuse to “have to” keep up with my shows and watch new ones. Anyways, whether you like comedies, dramas or reality, this new fall season has a show for every type of viewer. As if I needed to add more to my DVR. Here are my must watch new shows, comedies, dramas and what I’m currently tuning into.

1. THE BLACKLIST (NBC, Monday nights 10pm): No, I did not choose this as my #1 because I have a blacklist of my own! This show is my #1 because it’s unpredictable and will keep you in suspense from start to finish. It’s a modern version of an old crime movie you would see in the 40s; it deals with a criminal working with the FBI. The twists and turns in the pilot will leave you wanting more. I mean, the least NBC could do for me was bring out this show after it cancelled The Playboy Club! And it looks like I have good taste, because The Blacklist has been ranked the top network drama. 2. Trophy Wife (ABC, Tuesday nights at 9:30pm): Who doesn’t know a trophy wife? This show had me and my mom cracking up for 30 minutes! Malin Akerman stars as the “trophy wife” who inherits 3 step-children when she marries her husband. Oh, and let’s not forget those kids come with their crazy moms. This sitcom has a “real-life feel” and Akerman shines with her comedic ability. My favorite new comedy of the season (and my mom’s)! 1. Mom (CBS, Monday nights at 9:30pm): Okay, I LOVE Anna Faris & I love creator Chuck Lorre. This show has potential — everyone has their own funny relationship with their moms and this show puts that on display. Faris plays a recovering alcoholic with two kids and a mother who’s footsteps she followed. This fall we’re seeing a lot of family based sitcoms, and I’m assuming that’s from the success of Modern Family. Give this one a try, you may like it.

2. The Crazy Ones (CBS, Thursday nights at 9pm): Robin Williams plays the same character we’ve seen him play over and over again in The Crazy Ones — but guess what? IT WORKS! He’s wonderful and brings on so much nostalgia. It’s hard to deny the chemistry he has with his TV daughter, Sarah Michelle Gellar. Despite it’s mediocre reviews, the ratings are pretty good, and you can’t argue that Williams is the one bringing in the audience. I won’t be keeping up with the crazies religiously, but if I’m home with nothing to do, I’ll tune in. 3. We Are Men (CBS, Monday nights at 8:30pm): A bunch of divorced bachelors living in a community in Tarzana, CA. Wish I could say more about this, but I can’t because it was kind of stupid. Maybe not meant for the female audience, but it had some funny moments. I don’t see it staying on CBS for more than a season. Seems like it’s trying to be Sex and the City for men. Sorry, but not happening.

4. The Goldbergs (ABC, Tuesday nights at 9pm): You know, I REALLY wanted to like this show. I thought it was a sure hit for ABC. But I just wasn’t into it. It’s set in the 80’s with a voice-over narrative which I could have really done without. Just let me watch the story unfold, people! I don’t need you talking over it. I do have to say though, it’s pretty relatable if you’ve got Jewish parents. It had funny moments but I won’t be tuning in. Ain’t nobody got time for mediocre!

5. Brooklyn 99 (FOX, Tuesday nights at 8:30pm): Oh Andy, Andy, Andy. I SO tried to get into this because I’m so in love with you. But really, what is this?! Another cop show that’s really not that funny and made me tune out after 15 minutes. Don’t worry Andy, you’ve still got a special place in my heart. Brooklyn 99 however, does NOT. 1. Betrayal (ABC, Sunday nights at 10pm): There were so many things done wrong with this pilot. The first 20 minutes were so slow I almost stopped watching. It thankfully picked up and ended up being pretty good! It’s a bit confusing because the two wives look alike (huge no-no), but the story line turned out to be good and left me wanting to watch the next episode. If you have patience, I’d give this one a go. Hopefully the rest of the episodes aren’t as slow as the first or else I’m tuning OUT! The ratings aren’t doing so well so maybe ABC will axe this before I do. 1. The Voice (NBC): The original judges are back and the talent is even better this year! And who can resist Adam Levine? Goodbye to his dimples, I’m obsessed.

2. The X Factor (FOX): I’m loving the new judges! The four chair challenge was a great spin to the new season and I’m excited to see some major talent emerge.

3. Glee (FOX): Not gonna lie, it breaks my heart a little every time I tune in and don’t see Cory playing Finn. Demi Lovato’s guest starring role was phenom — who knew she could play such a good lesbian?! I’m very interested to see this week’s tribute and how it plays out. Listened to the song list online and I can already tell there won’t be a dry eyed viewer.

4. The Newsroom (HBO): Probably because it’s the story of my life? Either way, the acting is exceptional, the story line a bit slow, but overall a great show.

5. Mistresses (ABC): I saw the BBC UK version of this show a while back and was hooked. Didn’t think ABC could pull it off, but somehow it wasn’t too bad. I would have done the cast a little differently, but I’m loving it. Season finale killed me.

6. Real Housewives of NJ (BRAVO): Alright, alright, the season is almost done but it wouldn’t be a Nic Pick if I didn’t somehow mention the Housewives or Kardashians, which brings me to my next…

7. Keeping Up With The Kardashians (E!): Do I really need to explain this one? It may be scripted, it may be stupid, but I love it. Sue me.

8. Nashville (ABC): Connie Britton is a queen. This show revolves around interpersonal relationships and the story comes secondary. I absolutely LOVE everything about this show from the acting to the music. Incred.

10. Hart of Dixie (The CW): Maybe because every single person in this show is gorgeous, maybe cause I love Rachel Bilson or maybe cause I dream about moving from LA to a small town in the south. For whatever reason, I find this to be a very cute show that I enjoy watching online in bed.

11. The Vampire Diaries (The CW): I haven’t been keeping up on the past two seasons and it’s clogging up my DVR but I really do love this show! I just can’t watch it alone at night or I won’t be able to go to bed. I’m a baby. And I also have a thing for sexy vampires so this was sure to be a big hit with me.

12. Chicago Fire (NBC): God damn, I love a man in uniform! Besides that though, the show is exciting, suspenseful and I’m really into the twists and turns. This show was a big hit for NBC and once you get into it, you’ll see why. If you haven’t started it, you should.

13. Tough Love: Coeds (VH1): Another guilty pleasure, I just can’t help it! I love seeing other peoples’ dating issues and the host Steve Ward trying to fix them. Here’s a fun fact: the only person I ever got star struck interviewing was Steve Ward. Was a celebrity crush of mine for YEARS. I love seeing him get heated and kicking people out. I probably have issues, but who cares.

14. Hit The Floor (VH1): First series on VH1 that I’ve made sure to tune into week after week. With only one season done, this show has taken cable TV by storm. Basketball, cheerleaders, scandal, money…it’s all in there.

15. Girls (HBO): A little pornographic but still a good one. The first season was so on point that when the second came around, it just couldn’t top it for me. Or maybe it was because Lena Dunham seemed to want me to see her naked body more than I saw my own. I’m not sure. Still a good show and I love that they show real girls instead of glamorizing everything. Plus, it’s set in NYC instead of LA which keeps it more true to story.

There you have it, kids. Everything you need to know about TV! Let me know which ones you’re watching or going to watch. It’s fall so bundle up, get under the covers with a pumpkin spiced latte and happy watching! As always, keep it real because you know I do.

25 to Life: The Myth of the Cool Girl

The New Golden Age of TV