Alright, so it looks like everyone is getting on board with my idea here people! 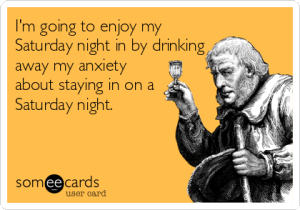 I have so many friends that have this “Fear Of Missing Out”, or what we call, FOMO. So much so that it doesn’t matter if they’re sick, mourning, invited to another party, it’s pouring rain outside, they haven’t slept for days or WHATEVER…they’re still not going to miss out. No, like, they refuse. They will go to that party (or I should say, parties) and stay until the very end. I once was with a friend at a party where the party host’s own family was leaving  and my friend still didn’t think it was time to leave! Oh yes, I am being for real right now. And what did they do after? They went to after party! I mean, * G forbid * they may miss a monumental moment here.

I’ve always been quite the opposite. I have JOMO (Joy Of Missing Out). When I was growing up my mama 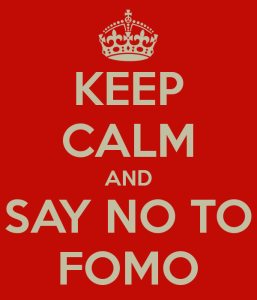 always told me to never be that girl that is everywhere — that means missing out. So I kind of grew up finding the Joy Of Missing Out, which was better because I found my time was in better use doing other more important shit than being at a dumb ass party where nothing special was going on.

The Huffington Post UK (one of my favorite places to go read some good articles) released this article on JOMO and I have to say, it is a must read! Now, thanks to social media, we are so focused on what everyone else is doing that we feel we should be doing that too. NO! Find what’s important to you (and lezzz be honest, that stupid party with people you don’t really care about really ain’t that important), be mindful, be engaged with the here and now, and learn to say “no”. Because that’s the main problem really, learning to say “no” to an invite. I’ve always been good at that — probably too good — so now I’m learning to say YES to make room for the important things in my life.

Looks like the Brits (once again) have figured it out! Welcome to my world of JOMO, may you love it as much as I do. XO NM

The Grammys Predictions Before The Big Show (Video)