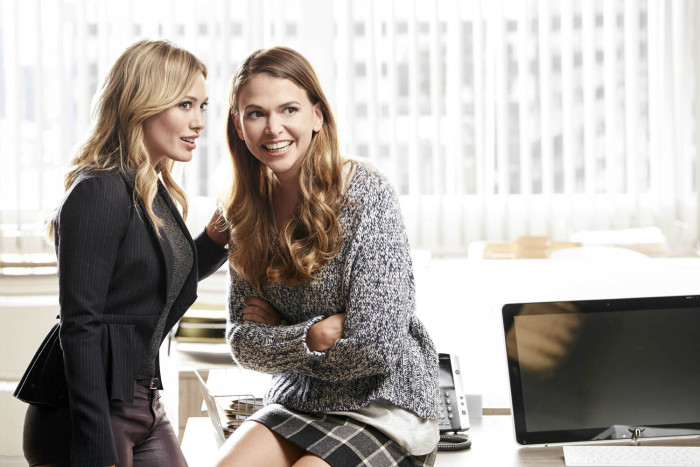 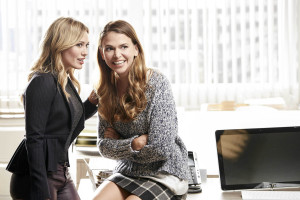 Younger, which stars Sutton Foster and Hilary Duff, is a show that crosses between the millennials and Gen X. I have to admit, I didn’t get into it until there were like, 7 episodes available on On Demand because I was so skeptical at first. After the first episode, I could not stop watching. The cast is awesome, the script is funny, and it’s all very well done. Would you expect anything less from the creator of Sex and the City? 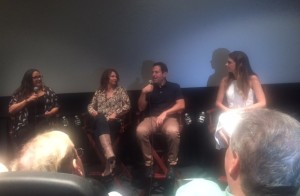 The panel was at The Landmark theatre in LA and I was surrounded by so many pushy fans. Now, let me tell you, when you attend a lot of panels you tend to see a lot of the same people — and that includes fans that take things a bit too far. We’ll get into that later!

Unfortunately I didn’t love this panel. I liked it, but didn’t walk away feeling like I was on some kind of TV lovers high. We were shown episode 8 of the season, which kind of made no sense as we should have been shown the finale. Our guests were Darren Star (creator), Sutton Foster, and Dottie Zicklin (producer). The discussion was great and Sutton Foster is so 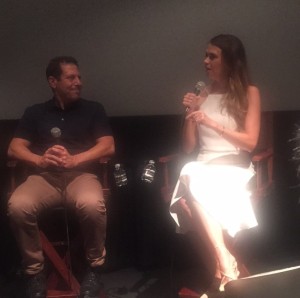 freaking cute and poised. The Q&A following the screening was actually quite short and I’m not really sure why? Like do you want academy members to vote for you or not? The audience didn’t even get to ask questions. Weird.

Seeing Sutton Foster tonight was really special to me. The reason why I made the effort to go to this panel was so that I could meet her. During my senior year in high school, I student directed & costumed the musical, Thoroughly Modern Millie. My drama teacher had shared her love for Sutton Foster with me and that show was a huge milestone in my life. Not to mention, I felt like a human slave during production, but that’s the name of the game, right? When I finally got to meet the 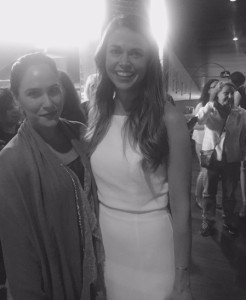 woman who played Millie, it’s like everything kind of came full circle for me. Ugh, I’m such a sap sometimes!

After getting trampled by pushy fans who insisted on Foster signing 30847 photos so they could sell them later and took 148 photos (may the Lord help you and have mercy on your soul PS), I got to tell her the exact story above. She was amazing. And her patience was being tried by 3 fans who wouldn’t leave her alone. We took a picture (please excuse my awkward face, I was feeling very claustrophobic) and it was all pretty magical.

That was my night, y’all! Hope you enjoyed this little glimpse of the not-so-glam-yet-very-glam side of Hollywood!

The London Series: Photographs Around The City (Pt 1)

The Point Of Therapy