Awards season has officially kicked off with the Golden Globes! I was AMPED for tonight. I made dinner, made sure our glasses were filled with wine, printed out ballots thanks to People, the whole shahbang. Unfortunately, my excitement for the Golden Globes was short lived. The show ended up being so freaking BORING!

Jimmy Fallon’s show open was great, but where in the world was he for the rest of the show? It felt like we only saw him for a few minutes and that was it. Out of the Golden Globes hosts we’ve had over the past few years, Fallon did the best – even if it was short lived. Was it because his prompter didn’t work? Does anyone think we need some musical performances next year to break the show up?

It’s no surprise that La La Land pulled a full on sweep. A good musical generally tends to do rack up all the awards, though. Ryan Gosling’s speech that paid tribute to his baby mama, Eva Mendes, was everything and MORA. Fellas, take a note out of the Hollywood heartthrob’s book here. Emma Stone paid tribute to aspiring creatives, and personally, I’ve loved watching her career move on up year after year.

Once again, there were no snubs this year. Where’s the excitement HFPA?! I have to say, I’m bummed about This Is Us & Gina Rodriguez not taking anything home tonight. However, a notable win – well 2 notable wins- for Atlanta and Donald Glover! FX is killing it. I said it when Atlanta first premiered: this was going to be a major hit for the network. 5 years ago many of us knew Donald Glover as the actor on Community, or for those into the music scene, we knew him as Childish Gambino. Today, he has his own show on FX that he created, writes, stars in, and now has 2 Golden Globes for. Unreal! And pretty inspiring.

Fashion time! What a disappointment the fashion has been the past few award seasons. The girls I see at weddings have more style than some of these celebs + their stylists. Also, what was up with everyone’s fake tans?!

Trends: ponytails, super deep necklines (so sexy), & bangs. Oh, and apparently a lot of ladies were trying to pay tribute to Carrie Fisher because we saw a lot of Princess Leia rolls. Keeping my best dressed list short, because well, there wasn’t much to enjoy. 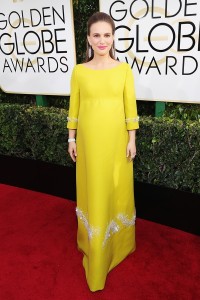 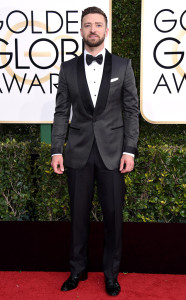 Justin don’t pop Molly, he rocks Tom Ford and has us ladies wishing we were Jessica Biel. (PC: E Online) 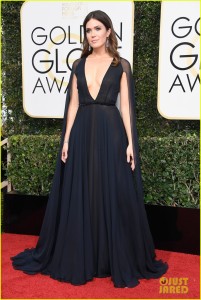 The This Is Us actress bared it all in this black Naeem Khan number. (PC: Just Jared) 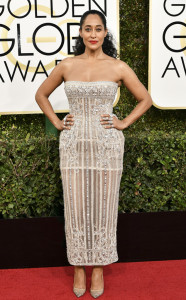 The Black-ish actress had a historic win tonight & wore the most perfect Zuhair Murad dress for her big win. (PC: E Online) 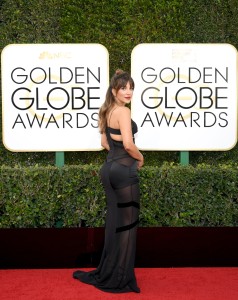 The Access Hollywood host showed off her sexy curves in one of my fave new designers, Massachi. (PC: E Online) 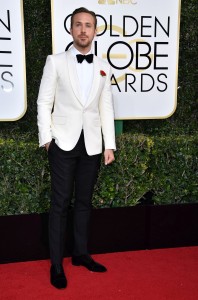 Our leading man had us seeing stars as he sported this Gucci number. (PC: ET Online)

What’d you all think of this year’s Golden Globes? Sound off below!

The #NoChillZone With Dani Renee