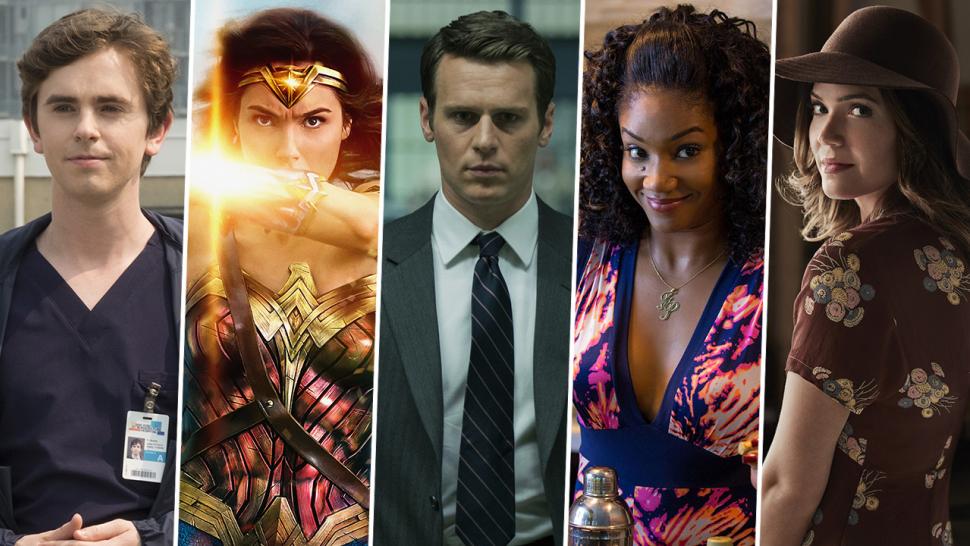 Nothing quite sets off the feeling that awards season is near like the first set of noms to be released: the Golden Globes! And UCH there is so much good talent, I can’t even get into all of it so let’s go with the SparkNotes version.

The Golden Globes are always a great preview into what to expect for the Academy Awards. Here is the 2018 Golden Globes nominations list.

Whilst the talent on Spielberg’s The Post is second to none in the film category, Lady Bird could very easily give them a run for most awards won. Greta Gerwig’s Lady Bird is currently the highest rated film on Rotten Tomatoes, beating out Toy Story 2 (1999). Talk about keeping this industry fresh. I have a feeling we may be hearing “I can’t believe I beat Meryl” again this year.

I have yet to see the films nominated (shocking?), but since TV is where it’s at anyways, let’s discuss.

Network TV is on the outs as cable and digital took over in all television categories. This Is Us was the only show on network to be nominated for the drama category. There were some new faces in the nominations that made me do a double take. Pamela Adlon for FX’s Better Things, which after the Louis C.K scandal, was a bit shocking (Louis is the co-creator of Better Things.) I will say, however, Better Things is a GREAT show; I binge watched an entire season in like a day. 13 Reasons Why made a huge splash upon its release and earned a nom for Katherine Langford who plays Hannah Baker in the series. I don’t think anyone was expecting that, which brings me to my point about both the TV and film nominations…

This year we are seeing that any creative with a strong message is getting recognition. The Golden Globes is the first awards show of the year we will be hit with, but I can guarantee that we will see it with the Oscars as well. We, as viewers, no longer want generic. We want real. We want to feel empowered. We want to walk away having gained something.

Netflix, Amazon, Hulu & HBO have been thriving. Why? Because they are creating content that is captivating. I haven’t had a chance to view The Marvelous Mrs. Maisel yet, but it managed to grab 2 nominations – one for series comedy and one for the lead actress, Rachel Brosnahan. Netflix earned Mary J. Blige TWO nominations this year, let’s not forget. Whether it’s in film or TV, these 4 networks are the present and future.

Snubs: Transparent, Scandal, How To Get Away With Murder, & The Big Sick. I’m obviously very biased towards Scandal & HTGAWM.

What are your thoughts? Sound off!

6 People You Should Be Following On Snapchat

Pet Health: My Journey With Bronx

5 Saint Laurent Bags We Can’t Get Enough Of