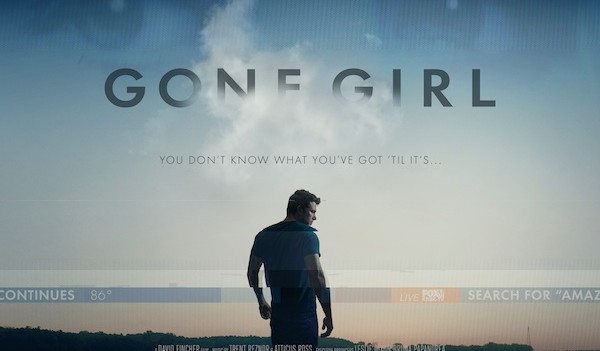 I finally got my butt to the movies and saw Gone Girl! 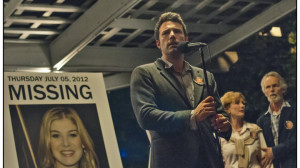 I had read the book in the beginning of September and was OBSESSED, so I was a little hesitant about how the movie would go down. How can such a detailed, sick and twisted book translate to the big screen without disappointing? I always feel like I walk out of the movies upset that my favorite book was not done justice.

BUT hello justice! Gone Girl did not disappoint one bit! Once again, David Fincher kills it with this film.

Perhaps the reason why the book’s adaptation was so successful is because the original author, Gillian Flynn, wrote the screenplay as well, ensuring that the story would be told correctly.

[highlight]Ben Affleck was the perfect fit for Nick Dunne, and choosing Rosamund Pike as Amy Elliot Dune was genius idea. [/highlight]Pike, who has never had the “breakout role”, nailed the role of Amy Elliot Dunne. This role 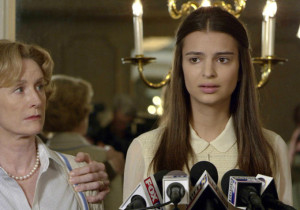 has put her on the map and proved that she is here to stay. Both actors deserve an Oscar nomination — hands down.

I have to give a shout out to the girl who played Nick’s mistress, Andi. Actress Emily Ratajkowski played 19 year old sex pot Andie, and I have to say, I’m a little jealous! Her body was banging, her performance was up to bar with the A-List actors she was surrounded by, and I can’t wait to see what she does next. I cannot wait to see what role she gets into next, because making out with Ben Affleck is really hard to top. Let’s be real.

I am so impressed with how true to story Gone Girl was. It was almost word-for-word the same as the novel. Even though I had already read the book and knew what was going to happen, I still found myself lost in the movie and anxious with suspense. Gone Girl is a must see.

25 to Life: Hannah Be Windmilling

Tara Kangarlou: Woman on the Rise

MORAvational Monday: I Could Cry You A River