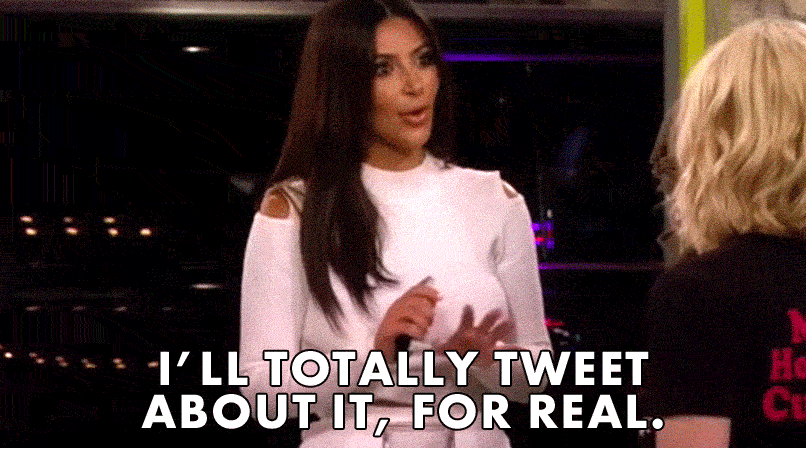 Anything  Kim Kardashian West posts is sure to cause some kind of freaking commentary, so it’s no surprise here that when she posted her nude selfie (can we call it a #nelfie? No? Too much?), the social sphere exploded. Like, literally set on fire.

I mean, the only reason why I want MORA Kim K on social media is because it causes so much drama and, let’s be honest, I get bored at my day job. Between Kanye’s Twitter rants and now Kim’s, I’m happy to report that I haven’t been bored at work lately.

Before we dish it out, let’s take a look at the now infamous photo: 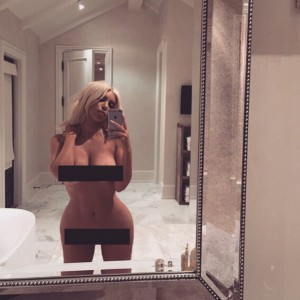 It has been clarified by Mrs. West herself that this pic was taken when she was 25 lbs lighter and platinum blonde pre-baby Saint. Thanks for the clarification Kimmy, but in all honesty, if I had a personal trainer, private chef(s), and the help of Dr. Simon Ourion, I would expect to look like that too and would save the showing off for something other than Instagram. But that’s just me.

ANYWAYS. This #nelfie caused some cute little tweets from both Bette Midler and Chloe Grace Moretz. 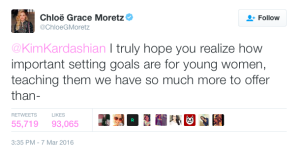 Bette Midler is fucking hilarious. Don’t even try to front and tell me that tweet wasn’t genius.

However, the problem with everyone, including celebs, having these platforms to voice their #unfiltered thoughts, is that it’s caused people to think that a text message or phone call is so 2014! Instead of hollering at the person to COMMUNICATE (because, that’s what we used to do before social media), we subtweet or even directly tweet! I’m looking at you, Chloe.

The drama did not stop there though. For the first time ever, Kim fired back directly:

Someone please shoot me because this is so DUMB.

If you aren’t smart enough to realize that Kim is a marketing machine and will do anything to stay relevant, then please go back into the hole in which you came from. The more attention you give her by tweeting back, the more headlines she’s going to appear on.

Kim Kardashian knows exactly what she’s doing when she posts photos/tweets/videos. She has almost 63 MILLION followers, so it’s safe to say she’s doing something right.

So, who wins this fight?

She runs social media. She may use it to stay relevant, but it works. Especially when people hop on to punk her. The reality is that her team is too smart and her mama didn’t raise no fool, honey. The joke is on us.

5 Things Brands Should Avoid With Influencers