Did you catch the Grammys last night? If you missed it, here’s your recap. Our next artist is sure to pick up a nom in the next two years…

I stalk Sali’s music library all the time and when she posted a clip of this song to her Insta-story, I had to know who the artist was. 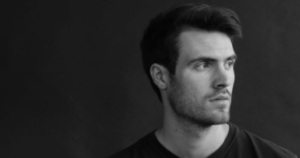 Emmit Fenn’s soulful sound in this stripped down version of his song “Painting Greys” for Spotify’s Mahogany Sessions makes me want to get in the car at sundown and drive along PCH. This is the song that lured me into streaming the rest of Fenn’s album, Lost in Space.

While the Berkeley, California native has a sexy and soothing voice, Lost in Space gives you everything you could want in a Folk meets Electronic album. His next project, the Prologue EP, is out June 21st and will surely put Emmit Fenn on the map.

I’m so excited to see what’s to come for the singer/writer/producer AKA a Jack-Of-All-Trades that’s only in his early twenties.

Who would you like to see on ListenUp:? Send your submissions here!

Why Living In Darkness Is Sometimes Easier