What a Valentine’s Day! One of my fave artists, JoJo, just released a special EP titled #LoveJo! 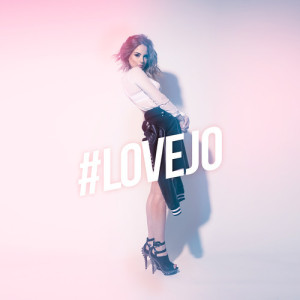 For those of you that haven’t been following (AKA living under a rock), JoJo was stuck in a contract with her previous record label that she could not get out of for YEARS. She had signed her contract when she was 13 and it was one big mess. The label screwed her over and wouldn’t release any of her music. But her fans would just not let up! They begged for more, and JoJo delivered. She independently produced her own free mixtape, made music videos and told her fans to be patient. Fans created the famous #FreeJoJo campaign on Twitter, causing attention and controversy with media outlets everywhere.

Just a few months ago, she got out of the contract and was finally FREE! To say thanks to all her fans who have stuck by her, she released her new EP! You can find it here and listen to the tracks. She kills it yet again!

I’ve been a fan for so long and am so happy we can be expecting even more music from her. What a talent. Not to mention, I was in her yoga class a few times totally geeking out and wanting to tell her how much her mixtape got me through a “breakup.”

Enjoy it as much as I do! xo NM

Give Me Mora Turns 6! Thank YOU!