It’s officially MORAvember AKA #MORAversary month! As we turn 2 at the end of the month, my team and I are really kicking it up a notch for all of you with our posts coming in. It’s our way of celebrating, so be sure to click back several times a week.

I chose today’s MORAvational Monday topic because it’s something that keeps being enforced in my life and constantly shows me the importance of not being judgmental.

Through conversations with friends & a book store visit, I realized woah! People are just like books. The cover needs to catch our eyes before we think about reading the synopsis or looking for reviews. Or we listen/read the reviews before deciding if we want to even read the first chapter. This is the same exact thing people do with each other every day. We listen to opinions before coming up with one on our own, and sometimes, the reviews are so off-putting that we don’t even want to come up with our very own so we avoid it all together.

Can you find me two people who are the exact same person inside and out? Doubtful. We all have different life experiences and have been on different journeys, so what makes us think that we will all feel the same exact way about one person?

I’m no angel. I’ve been guilty of this, too. But I have to tell you how pleasantly surprised I’ve been by people lately once I gave them a chance. Once I was less concerned with what people thought of so and so, or better yet, what people would think if I surrounded myself with so and so, I literally formed some of the greatest bonds.

We’re so concerned with the outside chatter that we forget to press mute and actually live our lives for ourselves rather than for others.

That shy and nerdy guy/girl in your Statistics class? He/she may show you a side of yourself you’ve never explored before and bring something amazing to your life. But you will never know if you don’t have an open mind and let yourself get to know them. I mean really get to know them. Find out what makes them tick, go on adventures, ask questions and jump in with two feet.

Strike up a random conversation with someone you’ve only known mutually but never actually took time to sit and speak with. I started doing this every time I’m in a social setting and I can’t even tell you how much I’ve learned not just about people but about myself.

Let’s be real. At the end of the day, you can always find a person who gives negative reviews. There are more of those people than those who praise. Maybe we need to stop and think that those negative words have nothing to do with the person of interest, but rather the person that is speaking them.

Short story: I once became friends with a girl who used to be SO mean to me and spread a bunch of mean things about me. Turns out, she didn’t like me for YEARS because I ended up going out with a guy her friend liked. So instead of giving me a chance, the girl + her friends decided they didn’t like me and wanted to make sure others didn’t like me either. A lot of this negative chatter about people comes from insecurity of the gossip-er or, many times, a scorned guy/girl.

Just because talk is cheap doesn’t mean we have to buy every word we hear.

There’s my shpiel for today – it took a lot in me to not babble on this topic for at least a thousand more words. I hope this was beneficial and that you all continue to give people a chance no matter what you may have heard. 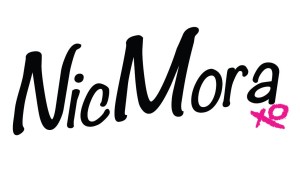