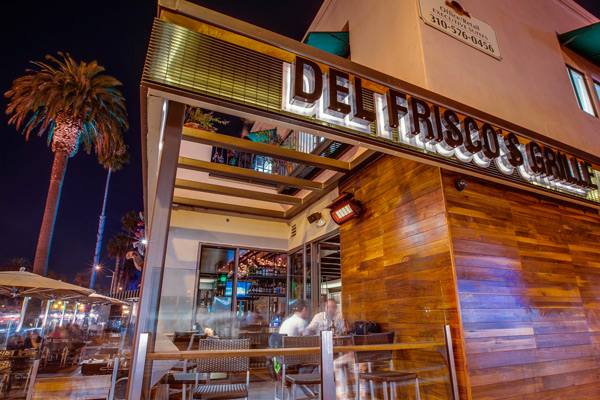 I love a good girl’s night out (or as I like to abbreviate it because duh: GNO). What I especially love 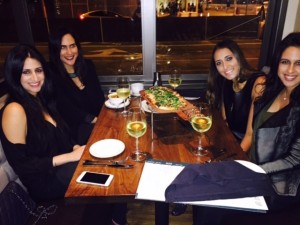 though, is a GNO on the west side of LA! Sue me, I’m a west side girl, and going east to cross over the 405 traffic is just something I cannot be bothered with 99% of the time.

On the corner facing the Santa Monica ocean, Del Frisco’s is both romantic enough for a date, set up for you to dine with a party of 6 or 10, and a great place to have a nice family dinner. Take your pick. When it’s warm enough (which let’s face it, it’s LA and it most likely is), I recommend sitting outside. Bring a jacket if you’re sitting inside because I was freezing!

We were 5 girls and here was what we ordered and verdict on each dish:

1 bottle of white wine + 1 glass of wine: No complaints here! Wine is wine.

1 green tea: Once again, no complaints. It was not the ghetto green tea you can get for 99 cents at the market. 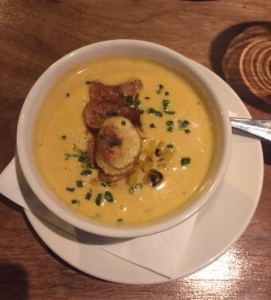 I’ve never had crab in my corn chowder, but it was SO good. It was a little sweet from the corn, but all in all, a hearty cup of soup. 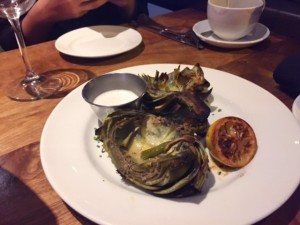 I could have gone without this one. It’s hard for me to eat artichoke gracefully and like a lady, so making a mental note not to order this on a date! 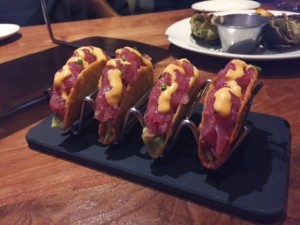 I don’t eat raw fish, but the girls LOVED this. 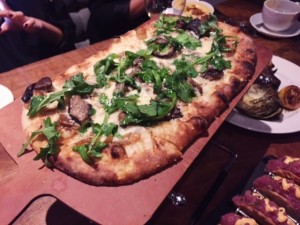 Okay, as the only non-pizza lover on this planet, I have to say that this flatbread situation was DIVINE. We ate every bite of it. Who said girls don’t eat carbs? 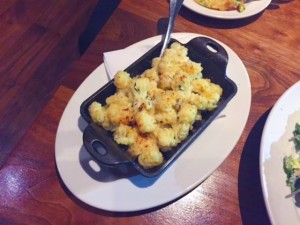 Not the best I’ve had – or even top 10 – but still good. It could have had a bit more truffle in it, as we could barely taste it. 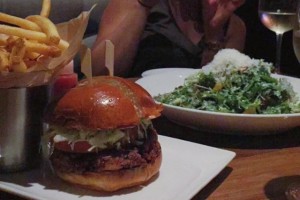 The set up of this dish is worth ordering it. Served with a personal sized ketchup bottle, this dish was quite good. Can you ever go wrong with fries? Nope. Would I order this again? Probably. 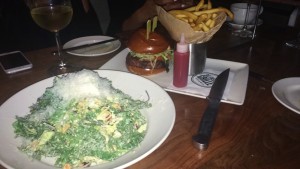 If the dressing wasn’t so creamy I would 100% order this again. Think it could have been better with a lemon and olive oil dressing or maybe a little less cream sauce. 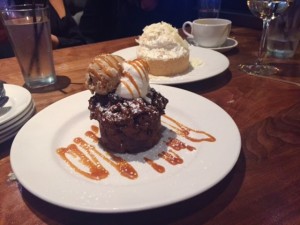 Nutella and bread pudding are two of my favorite things in the world of dessert – and I don’t even love dessert. This genius idea was finger licking good, but it is really decadent so I recommend sharing with a few people at the very least.

Coconut cream pie: Normally not a fan of cream pies, but this was delicious. When and if you order it, tell them easy whip or no whip at all because you need to take off the whipped cream in order to get to the good part of the dessert.

I totally thought it would have been way more expensive per person given how much we ordered! It was well-worth it and overall I had a great dining experience. We had tons of food left over, so we could have maybe not ordered somethings (ahem, the artichoke & mac-and-cheese).

Will I go again? MOST DEFINTELY.

MORAvational Monday: Not Getting The Job