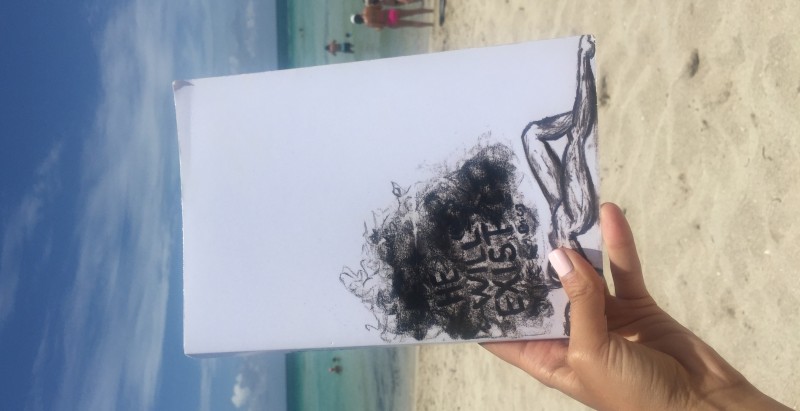 Not too long ago, I did a post about the 5 writers everyone should be following on Twitter. Magi Camaj was one of them.

I had just found her on Twitter at the time I started working on the post, but I quickly fell in love with her words and the way she was able to just spark something in me. It’s no surprise her Twitter name is @mysoul__ – because that’s exactly what she does: speaks to my soul.

Somehow, thanks to the power of the Internet, we became good friends. Thank you, virtual reality!

What strikes me most about Magi Camaj – other than her writing – is her passion and work ethic. She wrote and self published 4 books in one year. All while in her last year of law school. Yeah, I know, pretty insane and amazing.

One of the things I was most looking forward to during my trip to New York was getting to meet Magi in person to discuss her upbringing and how she decided to publish her own work for the masses.

We met up on a warm evening on the upper west side. Magi just came from studying for the New York bar exam; I was super ill and running in between meetings all over town. We instantly connected as if we had known each other for years as we walked and talked to a nearby market so I could get some soup before settling down at a Starbucks. 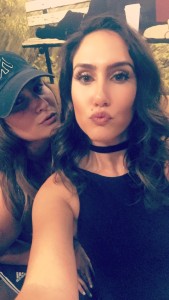 Camaj, who proudly talks about her Albanian roots, tells me that while she may have come from an “underprivileged” part of New York City (she grew up in the Bronx), she’s always found the beauty in the darkness. As a child of immigrant parents, she feels strongly about helping out others in her Albanian community and uniting the youth. She calls them “the rare roses of NYC”, but to me, she is  the real rare rose.

She opens her wounds and openly bleeds for you through her writing. When your eyes hit her words, it’s as though she’s reading what’s on your heart. What she has to say is real, raw, and most of all, it’s vulnerable.

As a writer, it was a really special moment for me to get the opportunity to write with her. We talked about how, as artists, we give and give – it’s in our nature to feel and emote. We’re like cars that are always running on full. So, we separately wrote a quick paragraph about that feeling and combined our words into one piece. Believe it or not, we knocked it out in 10 minutes. 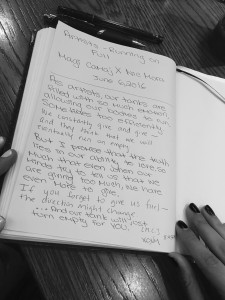 Things That Make A Good Leader

Get Your Sundance On