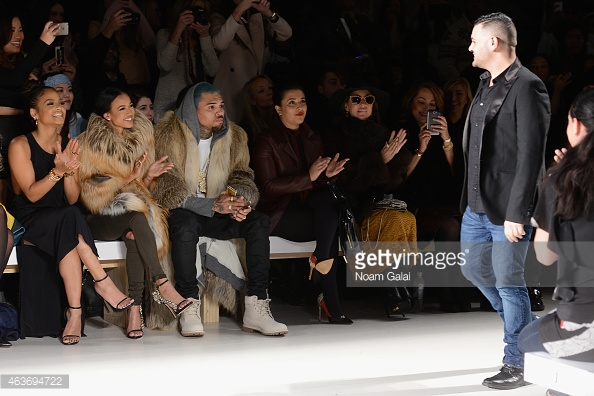 One of my absolute favorite designers right now is Michael Costello, so when I had the 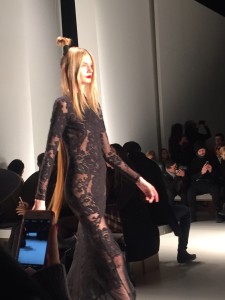 opportunity to sit in the second row (pinch me) to view his new collection for the fall/winter, I just couldn’t say no. Major moment for me!

Costello, who recently became uber well-known thanks to the surplus of celebs wearing his designs, designs pieces perfect for the girl with curves. AKA me. SO obviously I was the most excited to see what looks he would showcase. Not to mention, I was so cold that I couldn’t wait to warm up by having Michael Costello bring the heat with his sexy clothes.

Christina Milian, Chris Brown, Adrienne Bailon, Sophie and Nick Tweed-Simmons, and Lily Ghalichi all made it out to the show regardless of how bad the weather was. The cameras were going crazy, but once the lights went down, everything settled and the show started. Set to some sexy and fun music, the models made their way down the runway as the audience oooh‘d and ahhh‘d.

I have to say, I was a little disappointed to see such skinny models wearing Costello’s clothes, 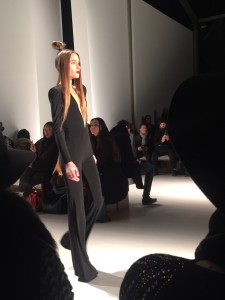 when he’s so prominently known for dressing the curvier woman. I wish he would have put some girls with a little meat on them. Overall, I really enjoyed his collection that was full of cutouts and black colored clothing. My favorite? The long-sleeved plunge jumpsuit!

Out of all the shows I attended, I had the most fun at Costello’s. It was young, fresh, and the music was on-point. When he finally walked out, everyone started whispering about what a cute guy he was — and it was so true! He was just so excited to have his collection be shown and appreciated and I really loved watching him take it all in.

Take a look at some of his collection below! Which ones are your favorite? Tell me below! 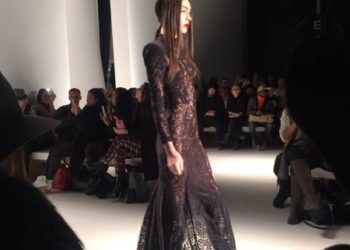 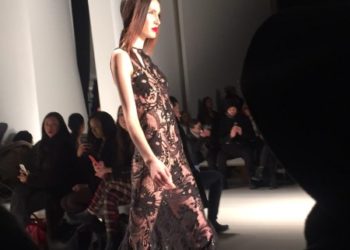 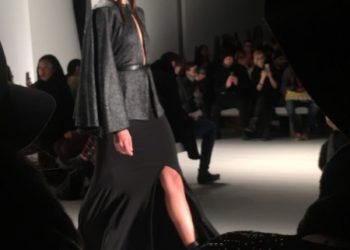 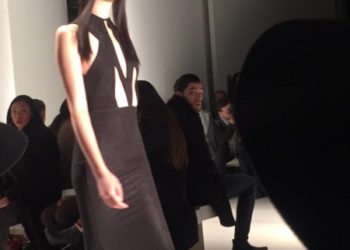 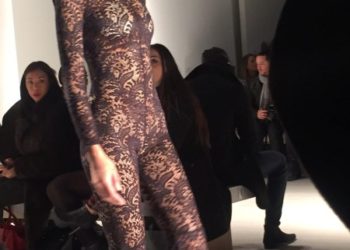 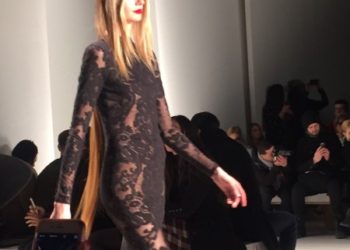 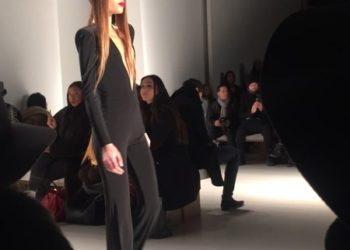