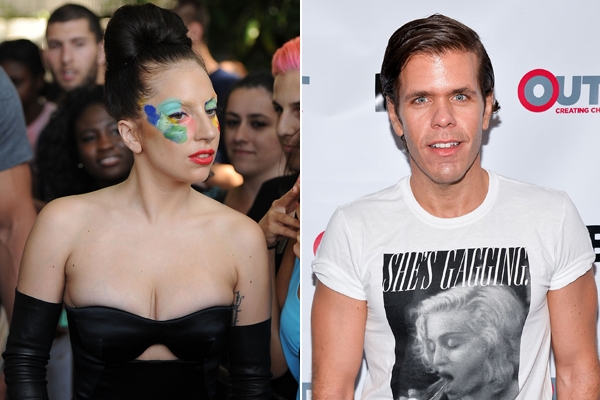 I could not be over this little Perez Hilton/Lady Gaga feud. Partially because at this point, I am so over 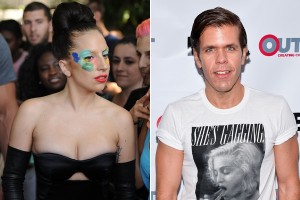 For those that don’t know, Perez Hilton and Lady Gaga have publicly been feuding since November. Perez claims that Gaga is fame whore, while Gaga claims that Perez is fake and wasn’t a true friend to her. Lady G feels betrayed and harassed and Perez called her a “blood sucking vampire.”

Blah blah blah. You can read all about it if you just search online. It’s all really a bunch of bullshit.

Before I get into it, here’s my personal history with Perez:

In early 2011 I had an exclusive interview with[typography font=”Cantarell” size=”14″ size_format=”px” color=”#ff6666″] Chad Michael Murray[/typography] for TROIX Magazine where he revealed to me that he would be dropping the “Michael” from his name and will simply go by Chad Murray instead. Let me reiterate that I had the exclusive here. No other press outlets were there. It was a closed set and it was just me, Chad and his fiance.

TROIX Magazine revealed the news shortly after my interview and all press outlets picked it up who, of 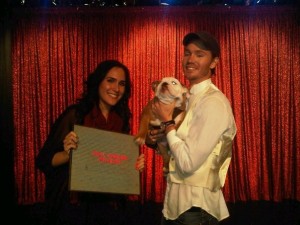 course, credited TROIX Magazine as the source –something any good and respectable publication would and should do. If you’re trained in journalism and media, you know that’s the ethical thing to do and it’s protocol.

So anyways, guess who else decides to pick up my exclusive? Yup. Perez Hilton. Now, as a budding journalist, I was ecstatic to see that my interview was making headlines, but I quickly saw that this little diva stole my interview and made it seem like it was his own. UHM. I don’t recall Perez Hilton treking all the way down to West Hollywood on his lunch break before his flight to NYC to sit with Chad? Or having to listen to Chad drone on about how “thankful” and “blessed” and “grateful” he is for his life. Pretty sure I was the one who went through all that. And then some. Because you know, I actually had to sit, transcribe and write the interview?

You’ll have to excuse me for being a little upset with the fact that Perez Hilton stole my interview, credited it as his own, and when I both emailed and tweeted him about it, he decided to ignore it and never post about TROIX Magazine ever again. I wonder why.

Let’s fast forward and acknowledge that he vowed to change and stop being such a bully to celebs. And maybe he did change. For about maybe 5 minutes. Then he went right back to bullying celebs, tweeting 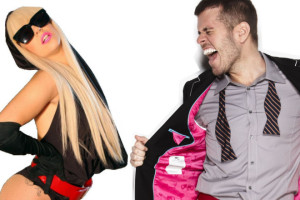 them horrible stories he had on them and so forth. I can understand that as an entertainment “reporter” you may need to publish bad stories, that’s fine. What I cannot understand is why you must tweet a celebrity 80 times about said story.

Once his feud with Lady Gaga began, he would not stop tweeting her, tweeting people about her, RT all the mean tweets about her new album and even went as far as to tell his followers to buy Christina Augilera’s album instead. What human being does that?

Gaga has gone on Howard Stern to speak out about it, Perez has gone online tweeting everyone he can about this situation. I mean both of you just deal with it on your own. Enough dude. It’s been over 6 months and I still have to hear about the latest Perez Hilton tweet regarding Lady Gaga. No one cares at this point and it’s annoying.

Who wins this battle? Lady G. 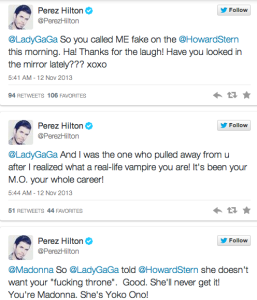