Read MORA: My Look-Alike and Me 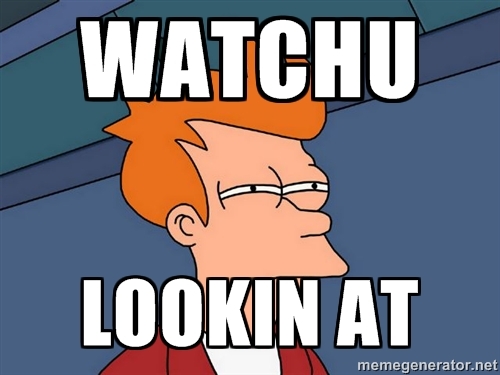 “For a second, I thought you were—”

These snippets of dialogue are cut short for the same reason: I know what they’re going to say, and, fed up of hearing this comment for years and years, I tend to cut people off before they can finish. I have a look-alike. His name is Justin. I’m Jeremy. We have the same hair, height, muscle tone, skin color, and, from some angles, face. We might even share some of the intangibles that are hard to put in words.

“Yes,” I say, cutting them short. “I know we look the same. Yes, it’s weird, and yeah, I know him. We went to high school together. No, we’re not related.” My methodology here, you see, is a little bit like an FAQ section on a popular website, there to prevent the obvious and redundant from being asked.

As you might have picked up, the tone in my paraphrased dialogue has an undertone of haste. And I used to vocalize that haste, too. It wasn’t until I saw Justin at a pool party, where I approached him as he was preparing to toss a shot in beer pong.  People at the party surrounded us, amazed, snapping pictures.

“How annoying is this?” I asked him.

“Why do you get pissed off about it, man?” he asked.

I started a sentence that was going nowhere, then stopped and realized I didn’t know. It was a good question. As for possible explanations, it could be that in this millennial age, where everybody’s trying to leave their unique imprint, however not–unique they might be—a crime I’m certainly guilty of—having an actual look-alike adds a bizarre impediment to that quest.  Secondly, it was possible that I didn’t have an actual problem with it; it was rather just the unprecedented frequency with which people made the comment that it started to bother me. No matter what it is, if you hear something too much, it can get annoying.

“Sure.” I took it and did the turnaround mid-air, only to have my ball go about two feet short. I never cared much for the game, to be honest.

I’ve had aunts, guy friends, uncles, Facebook friends and strangers confuse me for him. Sometimes, these strangers approach me and make small talk. I go with it, but then casually chime in, “I’m not Justin, by the way. I’m a guy that looks like him, though, and my name is Jeremy.” And here, most of the time, after befuddlement, there’s disappointment in this person’s eyes, as if just the simple fact that I am a person named Jeremy is offensive to them.

“What do you mean, you’re not him?” they plea. As a person on a perpetual quest to accept myself for who I am and embrace my shortcomings, seeing people pissed off to meet me before we’ve really even said anything is obviously counterproductive. ‘I’m sorry,’ I almost feel like saying in these moments.

Other times, I can deduce that people think I’m Justin, but I also don’t have a particular need to correct them, since the interaction is so brief. “How’s your sister?” they’ll innocently ask.

“She’s doing well,” I say. This keeps the interaction short and polite. And, secondly, there’s nothing dishonest about it: I know his sister, and, odds are, she is doing well.

Then again, I’ve learned the hard way not to jump to conclusions, either. A few times, I’ve thought on behalf of the people talking to me, and that brought mixed results:

She asks me some questions. I literally have no idea who she is, so I jump to the obvious.

“I don’t think you know who I am. You’re mixing me up with someone else. Don’t feel bad about it. A lot of people make the mistake.”

“No.” she replies, repulsed.  “I know Justin. You’re Jeremy. I remember meeting you at the wedding last month.” And here is where I think: maybe I really should have listened to that bartender when she said, “I’m not going to cut you off, but I really, really, don’t think you should drink this.”

“Oh! That’s right!” I shout, overcompensating, looking to recover. “Some wedding! Well, what was your name again?” and she’s gone like the wind.

Sometimes, the greet is so positive and so quick, I don’t even get a moment to correct this Beverly Hills suited character who greets me enthusiastically, kisses my cheeks and asks how I’m doing.

“Things are great,” I reply.

The most shocking must have occurred at a jam-packed bar in Santa Monica. I was motioning to order a beer, and along the way, a girl I’d never met fixed her gaze on me. It was a little long, but whatever. I turned away, looked back, and saw that her eyes were still locked on mine. I disregarded it, ordered my beer and tried to go about my night.

Not too long afterward, her whole group of friends was staring at me too, none of them smiling, just watching with cold, serious faces, about four feet away. I turned to talk to my friends, then saw them again. It was starting to make me uncomfortable, so I walked over to this group of girls.

“Is there something I could help you with?”

Their leader answered: “Are you seriously not going to say hi to me?”

“I thought we were going to be more mature about this.”

“I don’t know what you’re talking about.”

“When we broke up, it was more like—like—wait” and she contemplated me, tilted her head forward, and broke out into laughter. After that point, the girls all giggled uncontrollably, each taking a turn having a one-on-one photo with me despite my protests, as I imagine Kobe would if he were to walk in a crowded place.

These days, almost everybody I know has chimed in with the comment, so I don’t hear it as much. It’s an expired subject; it was so Buzzfeed two months ago. When we run in to each other, it’s always with a few laughs.

“Get confused for me recently?” I ask. 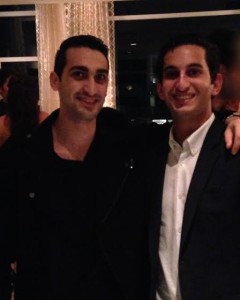 For more info about me you can also click here.

How A Simple Webinar Could Save Your eLearning Business

What’s It Mean To Live A Happy Life?