Running With Jay-Z And Beyoncè 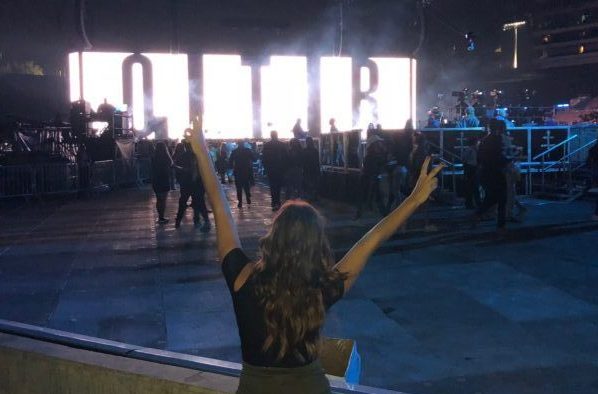 I went to Jay-Z and Beyoncè’s On The Run II tour last night at the Rose Bowl and it was even better than the IG stories you saw.

While I HATE the Rose Bowl, there was no way I was going to miss this show. DJ Khaled opened and brought out Tyga, Ella Mai (we know how much I love her!!), YG and two others. Surprisingly, the opening was LIT. We were thankfully there early-ish so we didn’t miss a thing.

King Jay-Z and Queen Beyoncè came on at 8:45pm and did not stop til well after 11pm. They came out together and I was fan girling as if I had never seen them in my life before. God, I could feel their chemistry all the way in section 10, row 10. It was intoxicating.

What I love about the dynamic duo is that they put on a production, not just a concert. Their transitions between performing with each other and then separately was flawless. They had videos up on the big screen and you never felt like there was any down time. It felt like you got warped into a movie.

Beyoncè danced harder than ever and she left her soul on that stage with a literal mic drop. We are starting to see the more playful, sometimes more “hood” side of Bey, and to be honest, she’s never been more relatable. The entire Jay-Z scandal humanized her in a time that we are craving more human connection.

I’ve seen both Jay and Beyoncè perform solo, but there’s something so magical about when they get to share a stage.

I hope they’re always on the run together, because I will put on my running shoes and join them each and every time.

The Heart Wants What It Wants