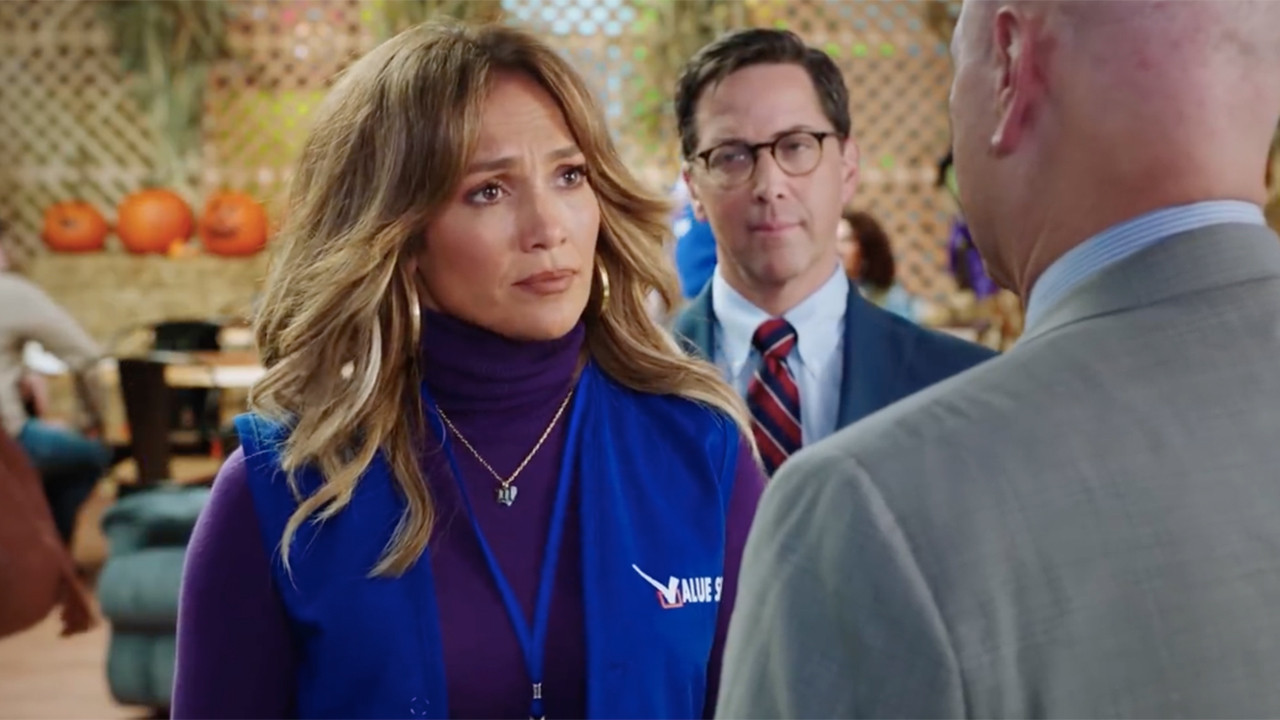 Second Act is J Lo’s newest movie coming out in December. Last night, I scored ONE lucky ticket to hit the preview.

As I entered the (already packed) theatre, I had a feeling we would be getting some surprise guests. We took our seats in anticipation and were greeted by Elaine Goldsmith-Thomas, the executive producer and co-writer of Second Act.

Elaine then brought out Vanessa Hudgens and the audience went crazy. I was so fixated on Jennifer Lopez that I forgot Vanessa was in Second Act. Go figure.

Well, my manifestation worked because J LO SHOWED UP. Yes, I was in the same room as the Queen. To say I was hyperventilating would be an understatement.

It wasn’t enough that Jennifer and Vanessa showed up, because Leah Remini came through. At this point, I was crying and dying. I knew Second Act had select screenings around the country, but no one showed up to those. And here I was, about to watch a preview, and the 3 leading ladies roll in.

How did I get so lucky?!

The ladies presented the film and then left us to enjoy the screening. Except that was really hard because I was shaking for a full hour from being in the same room as my idol.

Second Act was everything I thought it would be. The film gives you the old school J Lo vibes you miss from her other films Maid in Manhattan and The Wedding Planner. The same feelings that are evoked when I lay in bed watching Maid in Manhattan for the 812th time were present while watching Second Act. And it’s no wonder it gives you that feeling of nostalgia as Goldsmith-Thomas produced both films as well as co-wrote Second Act. I will admit, I found Second Act to be less romantic but more comedic than her other films.

The off-screen friendship between Remini and Lopez definitely translated on the big screen – it was organic and never once felt forced. I would love to see this duo tackle another film together in the same fashion as Tina Fey and Amy Poehler so flawlessly have.

I also have to note that I was pleasantly surprised with Vanessa Hudgens in this film. Sure, she has done other projects since her Disney days, but I never saw her as a real actress until I saw her performance alongside Lopez. For the first time, I felt like her Disney days were behind her and she was a pro. Hudgens was wonderful.

All in all, Second Act was perfection. J Lo returned to her roots and finally gave us all the 2000s feels we so very much missed.

You best believe I will be seeing this again in theaters and I urge you to check it out.

You can check out the film here.

6 Things No One Tells You About Being A Blogger

Energy Work Is All The Rage & I Can See Why