Shut Up or Get The F*ck Out

Guys! I am SOOOOOO stressed! I mean, like my life is just so f*cking stressful!

….How many times have you heard someone say that to you? Probably more times than Paris Hilton has said “That’s hot” on national television. 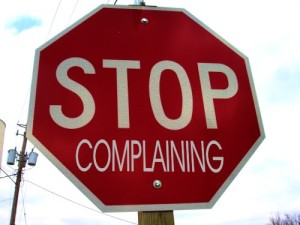 Hey, I’m guilty of it too! I think we all are. But lately, I feel it’s as though everyone has decided that stressed out, hectic, and busy has been on the tip of everyone’s tongue. And honestly, I just can’t take it anymore. Like I really just cannot.

We all deal with (for the most part) problems whether it be financial, career related, family, friends and/or all of the above. It’s called REAL LIFE. Welcome to reality people — life is not all sunshines and rainbows as much as I would love for it to be.

I am SO guilty of saying I’m tired, I’m stressed, I’m sick, I don’t have energy, etc. But the more I learned to shut up, the more I realized how much people actual complain. It’s fine to complain sometimes, everyone needs a good little vent sesh. That’s all normal and healthy. It’s even fine to vent about your work and the struggles you are going through because we all need a little outside perspective.

However, and this is a big however, if you’re sitting here complaining to me as though you are the only one with problems and stress, I may or may not chew you out depending on what kind of mood I’m in. I don’t know what it is about society these days that makes people feel entitled or like they are the only soul alive that has bitten off more than they can chew, but I most def do not like it and will not stand for it.

My best friend Jessica (yes, another Jessica-ism because she is one of the wisest and most genuine people I know) once told me that she refuses to complain about how stressed she is with law school because, at the end of the day, she signed up for it. I’m constantly in awe of her because I’ve seen her first study for her LSAT and now in her last semester of law school while maintaining a job — all WITHOUT complaining! How?! When I ask her how she does it, she always says, “I knew going into this what I would be in for. This is what I signed up for and it’s not right for me to sit here and complain. It’s life. You can either complain or just suck it up and do it.” 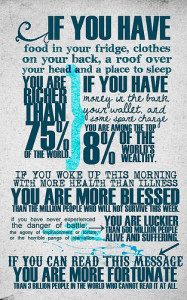 And you can best believe she does exactly that. When I first started this site, I decided I was going to follow suit. I knew that if I were going to do this, it would be a huge responsibility and would take away time from my family, my friends, and other things or people that are important to me. I can’t tell you how many times I had to turn down plans with my friends or seeing my family because I had work to get done, but I always remind myself that this is what I signed up for and I have no right to complain. I now have to balance two full-time jobs, philanthropy and a plethora of other things, and yes, it gets to be too much sometimes, but no one is putting a gun to my head. If I decide to go back to school, I have to take on the same attitude. It’s part of life and part of growing up. And I make a point not to make other people feel small or like my problems are bigger than theirs. Because they’re not. The same way their problems or jobs are not more important than mine.

So, moral of this little rant of mine is, shut up or get the f*ck out. You’re not the only one with problems or stress or going through a tough time. There are people in third world countries who are starving and don’t have hot water. I mean, are your problems as big as theirs? 8 times out of 10, they probably aren’t. Release your emotions when you need to and keep going.

PS — how ironic is this post? Complaining about people who complain. Whoops.

5 Podcasts You Should Be Listening To Right Now

Why Getting Comfortable Isn’t Always A Good Thing…

The Ultimate Guide To Relaxation