TalkBoyTV: The Dynamic Duo On The Rise 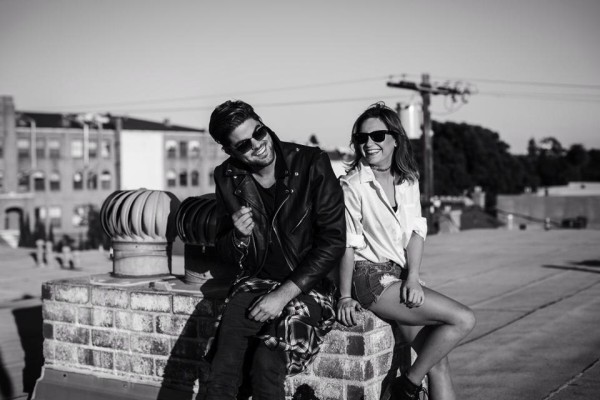 It’s been awhile since we released a Man or Woman on the Rise, and that’s because I was looking for the perfect dynamic duo. 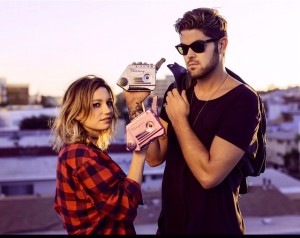 Thinking about the people I’ve come across, my Dynamic Duo On The Rise became very clear: Jaala Ruffman & Mikey Easterling, the founders of TalkBoy TV. Together, Jaala & Mikey produce and direct everything from music videos, film, commercials, and of course, TV. They are the people behind some of your favorite videos with artists such as LMFAO, Shwayze, Kat Graham, and Skylar Stecker, just to name a few.

Every Man/Woman On The Rise is special for me, but choosing TalkBoyTV as my dynamic duo brings me all sorts of different feelings. The first time I ever did an on-camera interview was early September 2010 at a record release party for Shwayze, where I actually met and interviewed both Jaala & Mikey. 2010 was a monumental year for all of us; TalkBoy TV was officially underway, and so was my career. So it’s kind of like we started out together and have been able to watch one another grow as well as accomplish great things.

With that being said, I would like to officially introduce you to Jaala Ruffman & Mikey Easterling of TalkBoy TV, Give Me Mora‘s first Dynamic Duo On The Rise!

Jaala, a malibu native, was always surrounded by the entertainment industry growing up. Knowing she had a passion for the industry, Ruffman started with child acting and modeling. She took her first big paycheck (which she earned from a Mary-Kate & 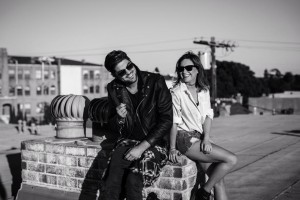 Ashley film *insert fangirl moment here*) and bought her first camera. Her dad then taught her how to use Final Cut Pro and Jaala began making little videos, thinking she would want to go the directing route.

Unlike Jaala, Mikey grew up in North Carolina, often feeling out of his element. Until 1992, which as Mikey explains, was the most crucial year in his life. He was only 8 years old when the movie Home Alone 2 came out and became enamored with the idea of Macaulay Culkin. In the film, Culkin’s character has a Talkboy and Mikey seemed to think it was the coolest thing on earth because it would remind him of when his uncle, John Easterling, would record his own ideas on a voice recorder. Mikey got himself a Talkboy and soon began creating anything and everything he could on it. That same year, Jurassic Park came out and Mikey, who was so fascinated by films, wrote a letter to Steven Spielberg on the back of his Jurassic Park VHS asking how he could get into the film industry. Is this not the cutest story you’ve ever heard? And in case you were wondering, Spielberg’s people wrote him back!

With big directing dreams, Jaala got her first job working for Cisco Adler at 17. Soon after, she began making videos for her best 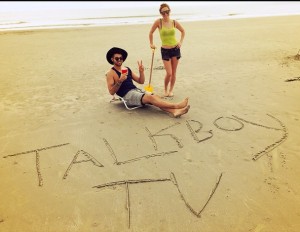 friend Chloe Lattanzi, daughter of Olivia Newton-John. Meanwhile, when being a movie star didn’t pan out for Mikey, he realized how much he loved making his own movies. Mikey went on to attend a film institute in Arizona for 9 months where everything was being done digitally and independently.

Coincidentally these two had always missed each other. Get ready for a story of pure fate here, you guys. Mikey’s uncle, John, is married to Olivia Newton-John – so it turns out that Mikey had known Jaala’s best friend, Chloe, for quite a while! While they were both in and out living in the same house, they were never there at the same time. Always missing each other, they finally met at a 4th of July party and hit it off. But there was one tiny little problem: Jaala was moving to Mexico a week later.

Jaala interjects by saying, “As a joke, we were in a relationship on Facebook…but we never ended up changing it!”

Mikey and Jaala fell for each other instantly, so when Jaala suggested he join her in Mexico, he packed his bags and moved to be with her. Insert mini-honeymoon here. How cute is that?! Once their mini-moon came to a close, together they decided they would move to Wilmington, North Carolina, where Mikey would be working as an actor on shows like One Tree Hill. 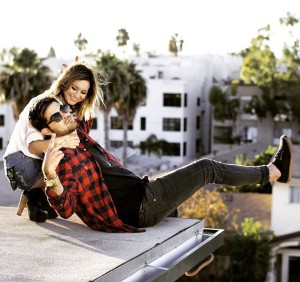 Unfortunately, the film community in Wilmington was small at the time, making it hard to earn a good living, so they went back to the city of angels and embarked on their next journey together.

“I’m not one of the rich malibu kids, I had to work for my money and stuff so if we weren’t making money in North Carolina, we had to go back and find a way to make some,” Jaala explains to me.

So once they moved back, TalkBoy TV, now with Jaala as “TalkGirl”, became an international brand starting with random projects, and small videos that went viral. Soon TalkBoy TV would start creating buzz around the industry.

[quote]”We just needed a chance – I knew that’s all we needed – and once Aaron Smith (Shwayze) saw Mikey’s work for the Love Stoned video, he gave us that chance.” [/quote]

From filming Love Stoned, TalkBoy TV went on to work with Kat Graham and Cisco Adler, and they haven’t stopped working since.

Why I know TalkBoy TV works and continues to work:

People keep coming back to them because they love the atmosphere on set and their work ethic. Jaala and Mikey carry the highest level of professionalism while simultaneously creating a really fun experience for both the artist and crew. There’s a reason why Billy Woodruff chooses to work with TalkBoy TV. 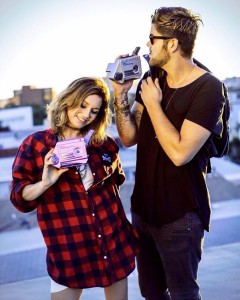 They’re constantly trying to stay ahead of the game, and with so much competition in the music video world, it challenges them to get creative and produce innovative results. With a short turnaround time of 2-weeks (maximum) for their clients, it’s no surprise to me that their clients love them and the final product. TalkBoy TV continuously delivers a solid product, no matter the budget.

“We always want it to look big budget, especially for the artist. We want to give our clients that big budget feeling even if they don’t have it. We like to build with our clients,” Mikey tells me.

When I asked them how they keep their videos #BougieOnABudget, and if you’re a filmmaker or an aspiring one, I suggest you take notes:

It’s all about the people you use and utilize. Shooting digitally saves money. Don’t write an idea that’s too big. Know what you and the client have access to. If you try and do things that you don’t have the money to do, then it’ll look worse. There’s way to do things cheaper like using drones and steady cams. Use a skateboard if you really want movement! 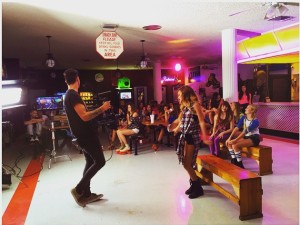 Now that TalkBoy TV has grown, Jaala and Mikey are dipping their feet into TV and film. They are currently in development on their first feature film – which started as a music video treatment! Is there anything these two can’t do?

One step at a time, their brand is growing and continuing to get bigger and better. It has truly been inspiring to watch Mikey and Jaala grow their company while growing together. When I conducted this interview and asked them about the future, they told me they see themselves getting married, starting a family, and running TalkBoy TV together where they will be able to constantly do film, TV, and music videos all at the same time.

I am happy to report that this dynamic duo headed out to Mexico a few weeks ago, obviously a monumental place for their relationship, and Mikey proposed to Jaala!  Move over Jay-Z and Beyonce! These two might just give you a run for your #RELATIONSHIPGOALS.

A major congrats to the happy couple! You both inspire me and all of your success is so well-deserved. I cannot wait to see 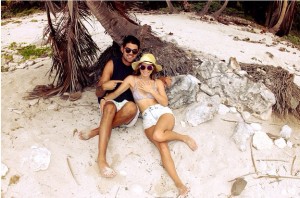 TalkBoy TV become a worldwide phenomenon and, on a personal level, to watch you begin to start your family. May we all be so lucky to have a love like yours. Thank you for being my first dynamic duo on the rise. To me, you have already risen!

The universe needs more people like Jaala and Mikey – and I don’t say that lightly. I hope they have sparked something in you, that their story is something you’ll remember forever, that you follow their journey and they inspire you to get out there and follow your dreams. It’s true, with a lot of hard work, you really can have it all.

Now let’s get into my favorite part…

1. Which artist do you have the most fun working with?

2. Which one of you is more of a control freak?

3. Favorite place to eat in LA?

5. Who do you want to work with next?

Jaala: You always have to be the student and constantly learn from other people. Do your research and never stop learning. Always be open to new things. As a producer, you have to trust your director. You have to be comfortable with who you’re shooting with, and be able to read each other’s vibe.

Mikey: Stay unique and always be yourself. Try not to be influenced too much by the industry because thats how you can create your own style and the more you shoot, the more you find your style. As a creative, you need someone who’s a producer and can get shit done. 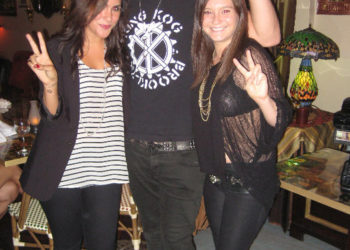 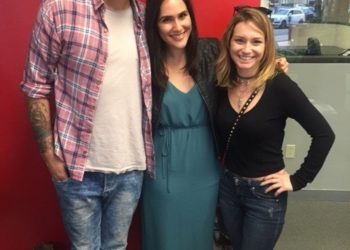 Nicole Miller Pops Up For Charity

PDA on Social Media: How Much Is Too Much?

Celebs Brought The Heat To The MAXIM Hot 100 Party