The Aaliyah Movie Produces A Star in Alexandra Shipp — Could Zendaya Have Pulled It Off? 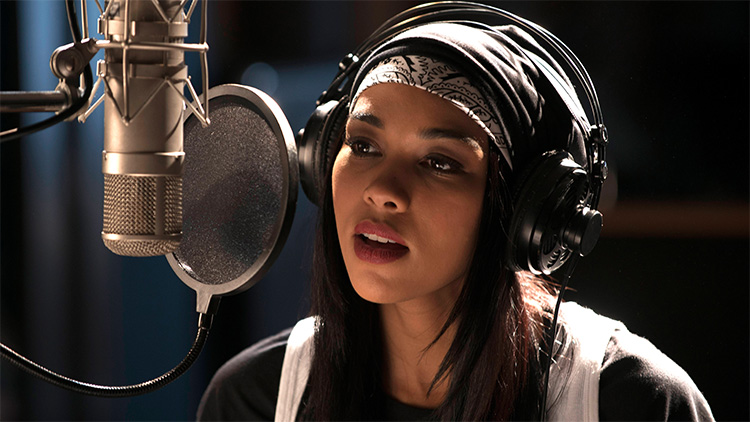 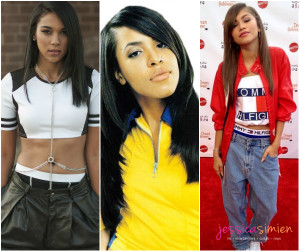 I’m over holding out hope for a good Lifetime TV movie. Partially because the past few biopics have been so freaking horrible I couldn’t even pay attention.

After all this controversy with Zendaya being cast as Aaliyah (we were one of the firsts to break the news here), I was interested to see how this would play out with Alexandra Shipp now playing the princess of R&B.

It’s not that I didn’t think Zendaya could have pulled it off, I just thought there were better options. And with all of the internet backlash, she clearly couldn’t handle it (or her team just didn’t think it was a good idea). I think career-wise it was a great move for Zendaya to have not taken on this role. I also think it was an on-the-money move for Alexandra Shipp to replace her.

Who is Alexandra Shipp exactly? The actress from Drumline 2. Did I see Drumline 2? No, I didn’t even see Drumline 1. So it’s pretty safe to say I have no bias on her.

Aaliyah: Princess of R&B may have been the worst written & produced movie since The Brittany Murphy Story, but one thing Lifetime did right was cast Shipp. [highlight]There was a pureness, a raw and realness to Alexandra Shipp’s portrayal of Aaliyah. [/highlight]Do I think Zendaya could have done the same? Yes. But what Shipp had — or 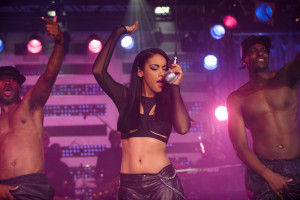 in this case, didn’t have — over Zendaya was the lack of name recognizability. Most of the world has no idea who Alexandra Shipp is, allowing them to just watch her performance and evaluate with no bias. Had Zendaya taken on this role, we all would have gone into it knowing it was Zendaya playing Aaliyah.

The film itself surrounded the relationship of Aaliyah and R.Kelly rather than her struggles and rise to fame. I wish it had been the latter because all of the R.Kelly shit is hear-say. Not to mention the guy who played R.Kelly didn’t even look like him — ironically the actor gave a great performance.

For once, the acting from the lead roles was not a problem. Alexandra Shipp nailed what she was given as an actress. Remember, an actor only has the words they are given to work with — they have to pretty much do as they are told. The problem was the story line, the cheaply done production, and lack of research/depth.

I might have forgotten to mention that I was an Aaliyah fan growing up. Nothing huge, but I really loved her music. And I really wanted to see a movie that dug deep into her personal life besides her romance with R.Kelly. We all know 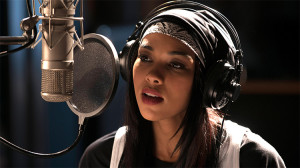 she had an undercover relationship with the man. Unless R.Kelly agreed to share his story about what really happened, then I do not care.

Anyways. While the movie was pretty much pointless, as it provided no additional information we couldn’t have found from Wikipedia, it somehow managed to produce a star in Shipp. What bothers me, however, is all of the hate the poor girl has been getting on social media. We forget that she was just an actress looking for that break-out role. And I hate to say this, she got with this film. Not to mention, the girl has got to pay her bills. All of y’all would have taken on this role if it meant you didn’t have to worry about rent for a few months. Believe that. But besides all of that, this film has catapulted her, it has given her a name, and has shown that she can perform.

I can’t wait to see what Alexandra Shipp gets into next. I hope that being in a Lifetime movie has not hindered her and that people can see the true talent behind the shitty movie.

What did you think?

Reasons To Be The One That Cares More

Josie Loren: Woman on the Rise

The No BS-Guide To Success