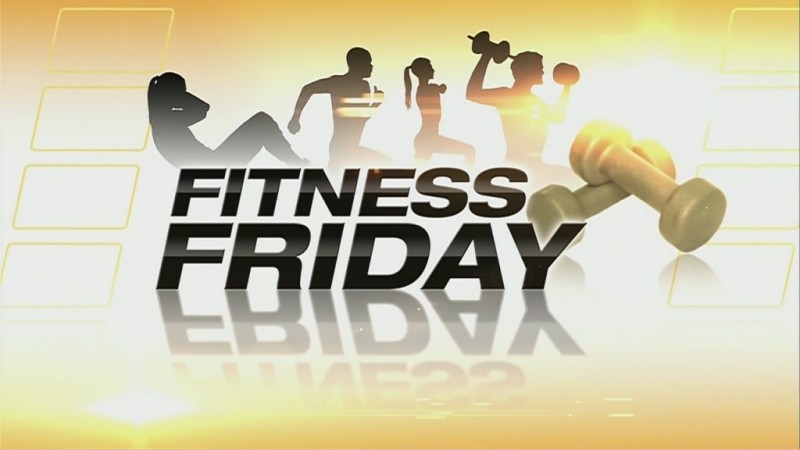 Like most trainers and fitness enthusiast, I also believe that it’s a good idea to frequently switch out 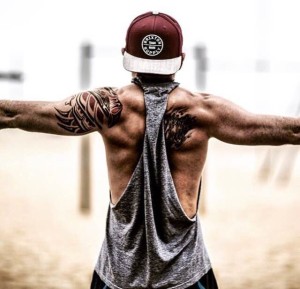 your workouts, but the three compound movements that should never be neglected consist of the “Big Three”; bench press, squat, and deadlift.

Today, I plan on explaining what consists of the big three and why they are so beneficial for your overall health and strength.
I’m not the type of person who will preach about doing isolation exercises or using assisted machines unless you suffer from specific injuries. I say this because I know that compound lifts are what my coach liked to call, “the meat and potatoes” of exercise. These three major lifts create a solid foundation for any athlete, average Joe or stay at home mom because they work multiple muscle groups at one time. These three exercises also keep you hormones regulated which helps with building lean mass, fat loss and joint health. Are you still interested in learning more? Great! Lets get started..

The most talked about exercise during chest day is the bench press. It incorporates the middle chest and triceps, with both receiving stability from the shoulders and core. You may be thinking,” why would my abs play a role in pushing something off my chest?” The next time you decide to practice your bench press, notice that during the eccentric movement (what we call the “negative” portion in your lift) you flex your core. Activating the core as the weight begins to descend enables the lifter to get a better drive and remain in control of the weight while pressing up.
Now, think about what I said earlier about compound movements working multiple portions of the body. By simply bench-pressing, a lifter will receive chest, arm, core and stabilizing muscles of the shoulder work. Four body parts in one simple movement, why not make this lift a major portion of you physical exercise?
When I say bench press, know that I am talking about flat barbell bench press. With that said, understand that there are multiple variations of the bench press, and they each aim at a relatively different goal. For instance, the incline barbell bench press is much like the flat in that it requires engagement of the same four muscle groups. However, instead of primarily working the middle chest, it targets the upper chest, beneath the collarbone. There is also the decline barbell bench press, which, again, works the same four muscle groups, but instead, reaches down to the lower chest (up under the nipple) and puts more tension on the triceps because of the angle.
There are other bench-pressing movements that, instead of using a barbell, use dumbbells. The flat, incline and decline dumbbell bench press movements do a little more isolating than the barbell movements though, and also are used more for bodybuilding style workouts aimed at higher rep ranges and hypertrophy. When I set up training programs for my clients, I focus primarily on these 3 lifts because without a solid piece of stone, you can’t chisel it down to a work of art.

Deadlift has been christened by many as the “king” of all lifts. In our day to day lives, one of the 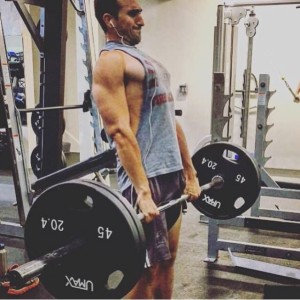 major stresses we find is that we are asked to consistently pick an object up off the floor. And some of us find major difficulty in doing just that, especially as we get older. But isn’t that exactly what deadlifting consists of? When one is deadlifting, the primary objective is to lift a heavy object from the floor to your hips.
The deadlift is one of the ultimate compound movements in terms of working almost the entire body. Deadlifting requires over 20 different muscle groups to complete its basic lift.
As a powerlifting movement, deadlifts are usually done with a strength training rep range of 3-5 reps. Sure, one can perform higher amounts of reps for increased frequency, which I recommend, but most people working hard on their deadlift are looking to set a PR (personal record) or want to compete in a powerlifting/olympic weightlifting competitions , and are not worried about sculpting their physique.

What do you do when the stresses of school, work or your relationship and all other negative aspects of life rest upon your shoulders? I don’t know about you but I head to the gym and lift heavy weights! And one of those main lifts that I practice on these difficult days is the squat! I like to think of squats as a great way to relieve mental stress. When heavy things are trying to bring me down, I make sure to stand up.
Let’s talk muscle now. Much like the other two above lifts, squats require the activation of so many muscles in the body that it can nearly be considered a full body exercise. Obviously the legs are the primary component, but what muscle groups in the legs does squat activate the most? Squats build your hamstrings, quads and glutes doing the driving, and all three plus the calves doing the stabilizing. Much like the deadlift, squats are a serious measure of pure strength.
Throughout both the downward and upward movement, the core is activated as it stabilizes the entire body, keeping it from leaning forward and allowing the legs to drive upward. The straight bar, resting on your traps, actually does force them to activate as well. The work your traps receive is minimal, but they do receive a minor activation. Also assisting the rest of the body in its need to stay upright is the lower back, however, do not expect to go into the gym and receive a lower back workout from squats. A lot of people believe that their lower back plays a huge part in their squat. However, if you’re experiencing any lower back pain or discomfort during this exercise tells me that your form may be incorrect. If you feel substantial amounts of soreness or pain in the lower back while squatting, check your form.
The only way that someone can become stronger is to put all parts of the body to work. Working the legs, posterior (back) and anterior (front) upper body, and of course, the mind causes the body to create that ideal body you’ve seen in every fitness magazine. These three lifts can be used for both men and women, creating that lean, strong, sexy figure you’ve been looking to find. The next time you decide to workout, practice these three compound lifts.

What I Keep In My Travel Bag At All Times

Beauty On A Budget With Jess Naim

25 to Life: No Ones Tells Anything