Why People Are Disappointed With The Final ‘Hunger Games’ Installment

I must confess that I am a huge fan of The Hunger Games series. I read the books in a week and 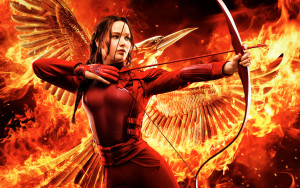 every year during Thanksgiving weekend I take my little cousins to watch the newest installment. Each film has been phenomenally done, there is no denying that. The acting, the effects, the story are on-point. I don’t even know who I would have had play the characters other than the ones that were cast.

The last of the franchise, The Hunger Games: Mockingjay Part 2, came out to dismal reviews. Why?

Simply put, there was not enough of a story line for there to be two parts.

But here’s the other issue: there was too much story for just one film.

So, what does any business-minded-money-hungry studio do? They create two films and maximize on the success. Let’s not be dumb here. Each of the films has made the studio AT LEAST 200 million dollars. Pure profit.

At the end of the day, they made it work.

The film was still fantastic, it just lacked riveting story lines. I seriously had no complaints except for the fact that I felt it dragged on and I found myself a little bored.

All in all, there were great moments and I have to applaud the writers for sticking to the plot of the book.

I will miss it, but it sure was a great ending.

MORAvational Monday: The Skin You’re In