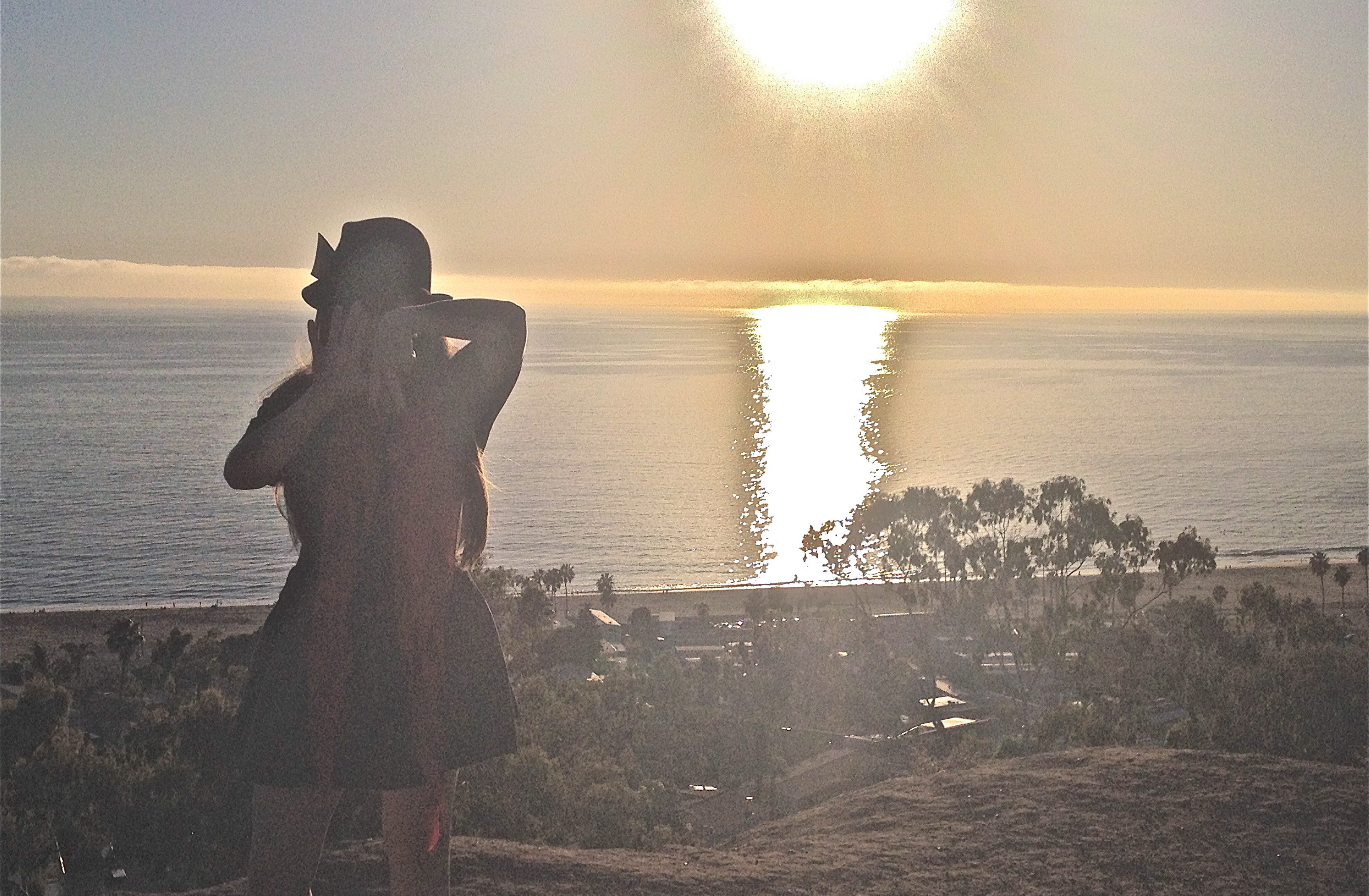 I’ve always looked up to strong, powerful & talented women, hence my monthly segment here on Give Me Mora called “Woman on the Rise.” For the month of January, I’ve chosen junior entertainment executive (and one of my closest friends), Melissa Purner as GMM’s “Woman on the Rise.” I am SO excited to share her inspiring & amazing 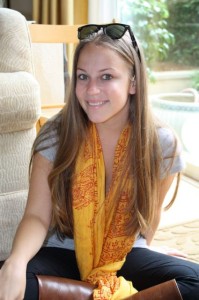 journey to success with you all!

I met Melissa Purner in high school and from the moment I met her, I knew she was someone special who would one day run the world. She was the drama department’s stage manager, a student director for our competition scenes, and had more ambition than many of us combined. I mean, I didn’t know whether to be scared of her or in awe of her! Safe to say, I was a bit of both. We labeled her the “queen of the stage.” And she really was – don’t let her 5-foot frame fool ya.

Show business was always Melissa’s calling. After realizing acting wasn’t her thing, she quickly moved behind-the-scenes and started running the show. Literally. The summer after her junior year in high school, she was accepted into NYU’s Screenwriting Summer Program, where her talents shone through as she came up with creative short films and story ideas. A year later, she headed off to Hofstra University in New York, but that experience was short lived. Knowing she didn’t want to settle at a university where she wasn’t 100%, she moved back to Los Angeles with hopes to transfer to the University of Southern California. “I had to swallow my pride and go to Santa Monica College,” she tells me, “so many people told me I wouldn’t get into USC, let alone film school!” Well, looks like she proved everybody wrong. She soon received her acceptance to USC, followed by her acceptance to the prestigious School of Cinematic Arts for Critical Studies.

While she was at USC, Melissa was awarded the George Lucas Scholar award, a performance based scholarship, where the School of Cinematic Arts picks one person from each program and recognizes their creativity. But M.Purn’s professors were not the only ones who saw both her talent and potential. During her freshman year of college, she applied for an internship with MTV, where she says she attached a picture of herself in a onesie with the MTV logo on it. This girl is ballsy but her creativity obviously worked because she was offered an internship at CMT in development for the summer. She spent the summer after her freshman year learning about television development, realizing that TV development is her true passion.

[quote style=”boxed”]“If I have any sort of advice for anybody, it’s find a mentor who believes in you and who can see the spark of something big. My mentor has completely shaped my career and guided me through all of the big decisions.”[/quote] 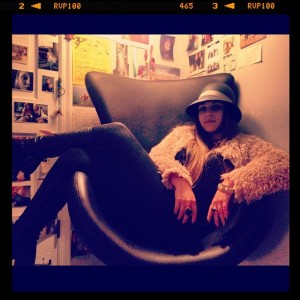 After another summer internship back at CMT and a study abroad program in London, it was time to get the “agency experience.” But this girl has never settled for anything less than the best and she was either going to work at William Morris Endeavor or not going to work at an agency at all. She describes WME as “the ultimate glamour and there is no greater power or company in the entire industry.” I admire Melissa’s “all or nothing” attitude and her ability to go into everything she does with guns blazing. Clearly it works because she was offered the Fall internship at WME, making room for Purner to work at MTV during the summer.

Once her internship at WME began, she quickly learned it really does all start in the mailroom. Everyday was an experience for her, it was “really hard work” and she had a lesson on how to downplay the connections you make. Her drive and determination to succeed once again grabbed peoples’ attention – especially some women who gave her a tough first round of the “mean girls” in the business. She paid no attention and did anything and everything anybody needed; she pushed mail carts, got coffee, and all the other “non-glam” things that gave her her honor stripes.

[quote style=”boxed”]“The more success you get, the more people try to bring you down.”[/quote]

At the end of that Fall semester, it was time to write an honors thesis, so she decided to concentrate on digital media, where she wrote 186 pages on the end of cable. At the time, digital media was still unknown, but leave it to Melissa to be on to the next “big thing” in the industry. Finally, in May 2011 she graduated from her dream school, USC, with honors. Do you think she’s superwoman yet? Just you wait. 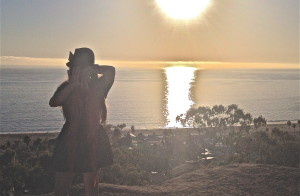 She took the summer off to travel, take a break from all of her hard work, and when it was time to hit the ground running to look for a job, she couldn’t find one. It was quite a bit of a shock to her as to how hard it is to actually get a full-time job. I was in the same exact boat about a year later, and let me tell you, it ain’t no easy task. She was met with answers of her being too qualified to be an assistant or she was under-qualified to be a coordinator. “No one tells you how hard post-college life is”, she says, “It was kind of a kick in the ass and was just a weird transitional time that no one really tells you about.”

After a couple of false starts along the way and help from the people who believed in her, Melissa began her job in programming at Endemol USA in January 2012. After 8 months, Endemol began launching their Digital Department, and Melissa hopped on board. Go figure she would get into digital after her honor’s thesis. If that’s not a sign, I don’t know what is! While working as the assistant to the President of Digital, she was able to see that digital TV & cable TV really can co-exist, and they do. She gushed to me about how fortunate she was to be able to work for another boss who believed in her, who wanted to help her grow, and took her to all of the important meetings. 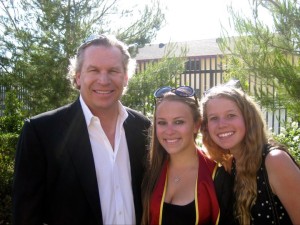 A little over a year after she first began her job at Endemol, Purner received the worst phone call of her life and saw her biggest fear come true: her father tragically passed away at age 53 from a heart attack. At just 23 years old, Melissa was forced to make all of the hard decisions when it comes to these circumstances but she refused to let the death of her father define her life. She decided to push forward, saying it felt right to go into the office the day after she lost her dad. Melissa’s strength in general, but especially during this tough time, was something I had always and will always look up to her for. She is one of the strongest people I know and is the rock for those around her. It was really inspiring to watch her continue following her dreams, regardless of how much pain she was in. And that is one of the reasons she’s one of my role models: her ability to remain strong, see the light in every situation and constantly go after what she wants.

Soon after the tragedy it was, once again, time to move forward in her career. She initiated a big conversation with her boss (communication with your boss is crucial in this business), she learned there was no room in Endemol’s digital division for a promotion, to which she made her decision to leave to conquer the next step. Once again, she reached out to her old mentors, one who was now at Herzog & Company, and she was convinced to join the team. At first, Melissa was hesitant and resistant to join, but she made the leap as the development coordinator at Herzog & Co. And she could not be happier. It’s been 3 months since she’s been at the company, but she sings its praises like a true veteran. Even though Herzog is a traditional TV company, she has the freedom to dabble in the digital realm, develop ideas, and chase her passions. Who doesn’t want that?

[quote style=”boxed”]“If you don’t want to go home from work, you’re onto something.”[/quote]

Being surrounded by strong female women who want to empower other women is so important, Melissa stresses to me. 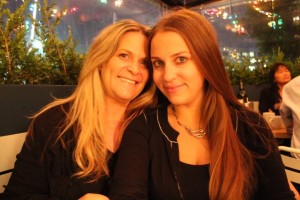 She credits her “strong and amazing working mom” to her attitude toward other women, and to her best female friends who she says “are fantastic” and feels “honored to be in the same court as Sam, Kristen and Nic” (I obvi feel the same way about her). She says it’s important to really own being a girl – that being feminine is important – and that it is never “cool” to be the mean girl. M.Purn is a girl’s girl who I know we will see in the Hollywood Reporter’s Power 100 Women list in the coming years. Take note, you heard it here on Give Me Mora first!

When I asked her if she had any final words she said, “I didn’t come into this business with family connections. I built this all by myself. But it’s important to never forget where you came from and the people that helped you get there. I’m lucky, but I continue to work hard.”

As Melissa and I always say, the best is yet to come. 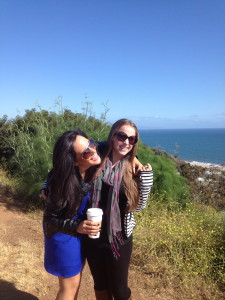 7 Blunders To Avoid When Planning A Bachelorette Party

How To Make Your Employees Super Productive