Tara Kangarlou: Woman on the Rise 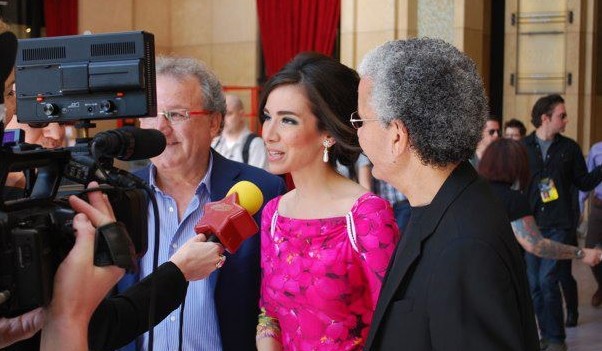 Our May Woman On The Rise is very special to me because of her background, upbringing, and journey to 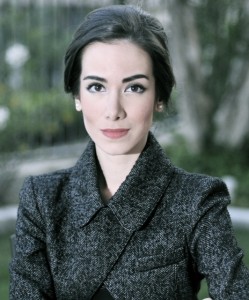 success. I’d like to introduce you to award-winning broadcast journalist, Tara Kangarlou.

At the ripe age of 27, Tara already has more work experience under her belt than most veteran journalists.

Born in Iran, Kangarlou grew up extremely cultured having traveled to different countries before she moved to the United States for her last year of high school. Luckily for her, she was already fluent in English and the transition to a new country was somewhat smooth.

“I’m grateful for having the background, having seen and been exposed to culture and values,” she says of growing up in Iran and being able to visit other countries.

Tara attended UCLA in Los Angeles where majored in English Literature and had plans to attend law school following graduation. Growing up with Iranian parents myself, I understood the pressure to feel as though I should go 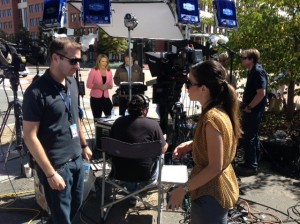 to law school as well and choose a career that is both standard and safe. However, Tara’s need to want to make a difference in the world through storytelling was something she just simply could not ignore. After much consideration, she realized law school would not be for her and she was going to go after her real dream of being a journalist.

While it may have been a struggle to convince her parents that she wanted to be a journalist, she eventually got them on board and pursued a master’s degree in broadcast journalism at USC in Los Angeles. While at USC, Tara worked at NBC for two years and soon after graduating, moved to D.C. to work for CNN. Knowing she wanted to eventually make her way to CNN International, Tara dedicated herself to her job and reported on the side until it was time to make the move. She currently works as a news editor for CNN International  in Atlanta. She has interviewed high-ranking politicians and senior government officials such as: former CIA Director Michael Hayden during the Snowden scandal, Congressman Mike Rogers, Head of House Intelligence Committee post Benghazi attacks and top UN officials in various conflicted areas in Africa, including South Sudan and Somalia.

What a resume so far, right? That’s not even all of it. Tara has a broad range of storytelling and has also interviewed top celebrities, artists and fashion designers, including and exclusive interviews with Iranian Oscar-winning director and filmmaker Asghar Fardahi, Legendary Christopher Plumbber, Lebanese Fashion Designer Reem Acra, and shoe-icon 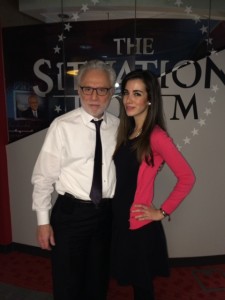 Christian Louboutin. Yup, she got to live out every girl’s dream and conduct interviews at New York Fashion Week! While she enjoys the fun stuff like fashion week, Tara’s main interests include the middle east, national security, foreign police and women’s issues.

When it comes to becoming successful, Tara explains that along the way, very people will see that spark in you. If someone shuts the door, it doesn’t mean you can’t do it, she says to me. News is not a job where you will constantly get recognition — you have to do it because you care about telling the story more than anything.

She has been part of some of the more recent major news coverage like the Boston Bombings ,The Navy Yard Shooting, 2013 Presidential Inauguration, The Snowden Scandal, the 2013 Iranian Presidential Election as well as the recent Crisis in Ukraine Crisis. One of Tara’s favorite moments was reporting on the South African economy 20 years after Nelson Mandela brought freedom to the country. She went back and forth, debating how to a story about numbers more exciting, ultimately deciding to 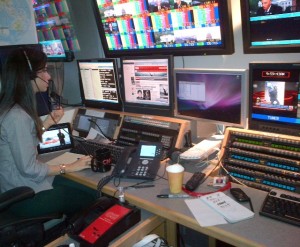 interview South-African Ambassador to the United States. It just so happens she conducted her interview a week before Mandela’s death and the story went live 5 days after he passed. It was such a special moment for her because she had the opportunity to share a story that she thought was important.

I’ve truly never spoken to someone so grateful and humbled by their experiences, until I spoke with Tara. She is so positive, hardworking, self-motivated, and gracious. I admire her journey and how she is constantly learning from her peers, always wanting to learn how to make a story better and keep moving forward. I have a bit of a news background and am well aware  how tough it can be for a young woman to work their way up in the business, but that has never stopped Tara from going above and beyond to make sure she delivers a solid story. Because us storytellers all know that story is everything. Thank you to our amazing girl, Tara Kangarlou for being our WOTR. This is just the beginning of so many amazing stories we get to see about Tara and I am so excited to watch her grow as a journalist. I hope she has inspired you as much as she has inspired me.

A Little Mora with Tara…

On doing anything differently: Don’t take things emotionally. Toughen up, right from the start…and know that 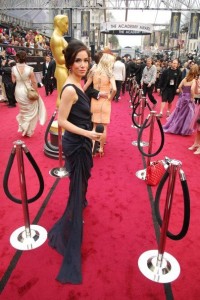 being tough means being kinder, more grounded and patient, rather than the opposite.

On advice to young women who want to go into journalism:Love what you do and let your heart guide your path; what you do is a humble form of art. Remember that It’s ok to be wrong, but never make the same mistake twice…and never forget that your craft defines the foundations of Democracy. So be ready to hear ‘no’, get attacked, and feel defeated; but always take pride that you can make a world of difference with just one single story, so make sure it comes from your soul, with the utmost accuracy and fairness.

Knowing When To Leave The Party

Nicki Minaj Gets It Wrong